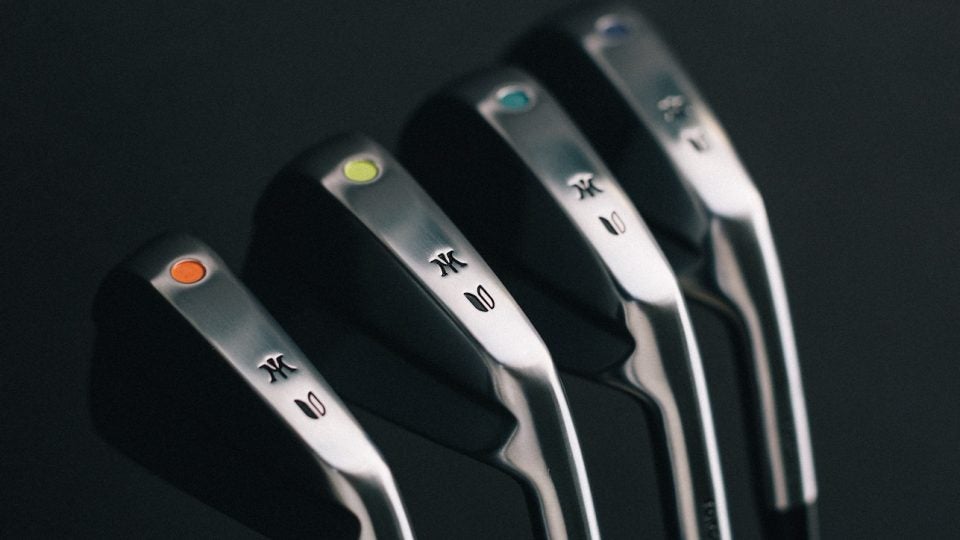 A rise in popularity of the Sunday bag has given way to equipment setups that no longer feature 13 or 14 clubs, placing more of an emphasis feel, shot-making and yardage control. Miura and Linksouls’ latest Color Theory collaboration takes a page from the minimalist setup with a four-club iron set that offers a unique twist.

As opposed to stamping the number on the sole of each head, Geoff Cunningham, co-founder of Linksoul, opted to go with a color-coded system instead. The system has been ten years in the making since Cunningham watched one of his friends color code the front cords on his guitar, instead of labeling them by their letter.

Cunningham figured the color system could work on golf clubs as well and went to building a short set of 7 color-coded irons that were inspired by the chakra color system. From there, he reached out to Miura to see if there was interest in working together on a limited-edition set.

The Color Theory irons have four colored dots on the sole that identify them as long (red), mid (yellow), short (turquoise) and scoring (purple) clubs. The specific lofts are 25, 32, 40 and 49 degrees.

With just four irons in the set, golfers will need to be mindful of the yardage gaps that exist. In other words, get to work perfecting those half and three-quarter swings. 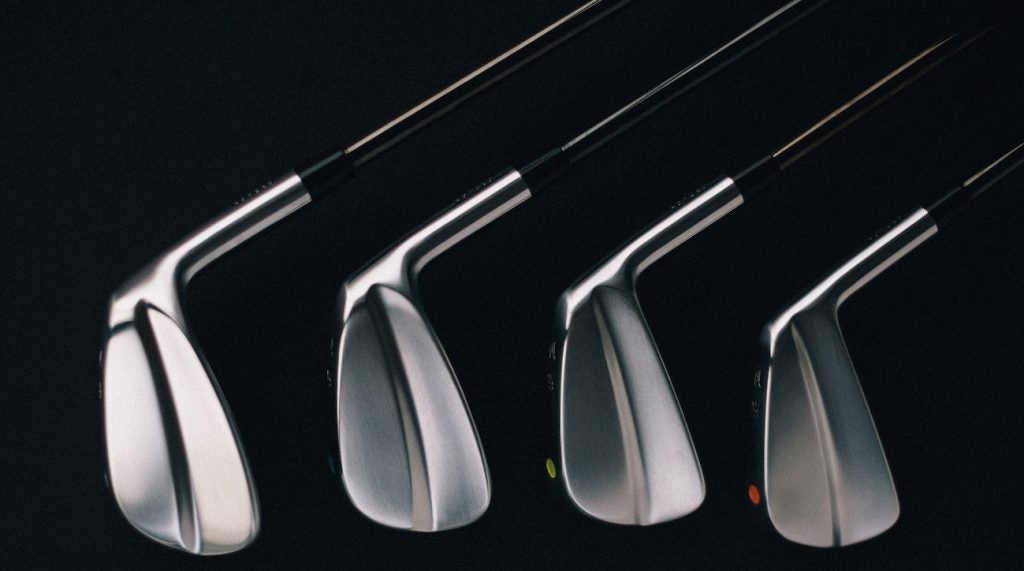 A lack of stamping on the head makes the Color Theory irons a true minimalist setup.
Miura

Each iron is hand forged by Miura and features the logos of both companies on the sole, but the rest of the iron was left blank — a clean look that should appeal to gear minimalists.

The iron collaboration comes three years after Miura and Linksoul worked together to create the “Make Par, Not War” wedges.