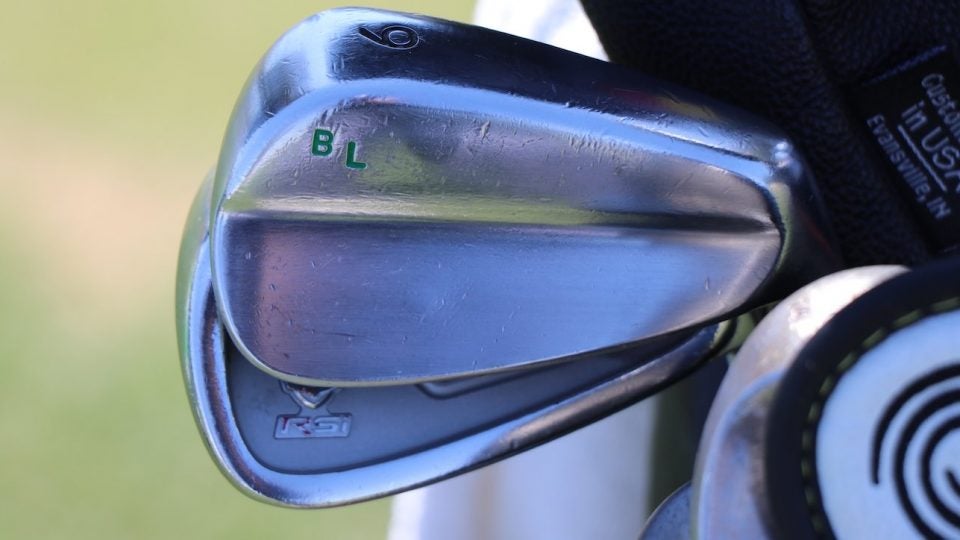 Bernhard Langer employs a “mixed iron” setup, but it’s the kind of equipment concoction that would drive anyone with OCD crazy. The set begins with cavity-back long irons (4-5) from Artisan, followed by an Adam’s Idea Pro Black 6-iron, three Artisan mid and short irons (7-9) and TaylorMade’s RSi pitching wedge.

This is how the top-dog on the Champions Tour rolls.

It’s a strange setup, to be sure. But let’s back up for a second and analyze one brand in the bag that stands out: Artisan. You may have heard the name before. Back in 2016 when Nike Golf exited the hard-goods industry, club-making veterans Mike Taylor and John Hatfield decided to open up Artisan Golf out of the same R&D facility where Nike once resided.

It was Taylor, in particular, who helped shape Tiger Woods’ irons and wedges during his time at Nike, making him somewhat of a cult hero in the equipment space.

Artisan only creates custom putters and wedges for those who are lucky enough to get a spot on the waiting list, but Taylor is willing to make exceptions for former major winners who need a good set of irons. 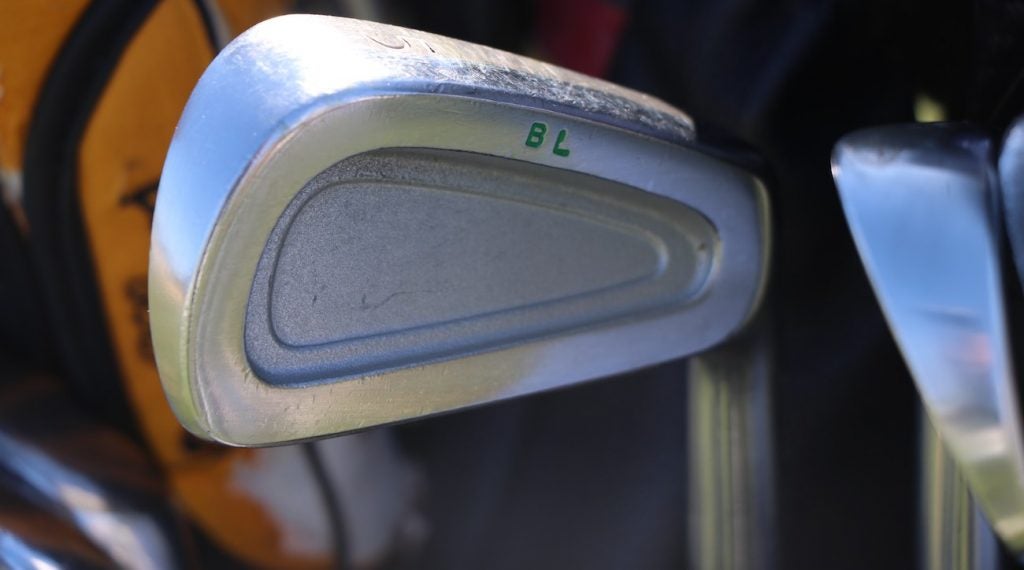 So how did Langer end up with a set of Artisan irons crafted by Woods’ longtime clubmaker? According to Scott Kraul, who worked with Taylor at Nike for nearly four years before moving into an independent role at now-defunct Adams Golf, Langer had been looking for a new set of irons for years but couldn’t find anything that could kick his ancient Adams set out of the bag.

With Langer refusing to budge, Kraul decided to give Taylor a call to see if there was anything he could do to assist.

“Bernhard had a very discerning look and continued to play the same Adams irons that have been well-publicized,” said Kraul, who currently manages Titleist’s Next Gen Technical Player program. “I told Bernhard, ‘There’s a guy I’m confident who can get you that look in your irons.'”

Kraul put Langer in touch with Taylor, who requested the two-time Masters champion send him his old irons to measure and document. During the documentation phase, one thing, in particular, stood out to Taylor — the amount of offset one of the greatest ball-strikers in the world preferred to see in his set.

“You know, when you put his clubs down, if you held them, you’d see a lot of offset in those golf clubs,” Taylor told Andrew Tursky in 2018. “And that’s one of the things that his eye is very keen to, is the offset that he likes. I just happened to have among a pile of old forgings here some irons that, because of the finish that they were, were very weak-lofted forgings. When you start with a weak forging, and you bend it to a strong spec, you add offset. Those irons were heading in the right direction from when we bent them.

“… I spent my whole career knocking offset out of golf clubs for these guys and trying to make them look less offset, and (Bernhard) wants a lot of offset. We had blueprinted some of his (old clubs) and figured out where the specs were. Of course, he’s still playing an Apex shaft, which was developed by the Ben Hogan Company a zillion years ago. And we happened to have access to some of those. So between the needs to do the builds and the heads, we did some work for the man.”

In addition to creating an iron head with the perfect amount of offset, Taylor had to locate a specific Hogan Apex shaft that Langer had been playing for more than 30 years, a tall task in an industry where older equipment tends to get lost in the shuffle of new-age tech.

“I don’t remember how many years he said he played that shaft, but way longer than I’ve been in this business, and I’ve been doing this 31 years,” Taylor said. “It is a shaft that he’s very comfortable with. He’s played it for a long time, and if it’s not broke, then don’t go trying to fix it.”

Once the set of muscleback blades was complete, it didn’t take Kraul long to get an update from Langer on the set. During a practice round at Augusta National the week of the 2018 Masters, Langer came over to inform Kraul that two irons had already made it in the bag.

“I remember him telling me how beautiful they were,” Kraul said. “It’s rewarding to hear that because Bernhard is the ultimate guy to please, sort of like Tiger. They won’t accept anything but the absolute best. Everything has to be perfect and fit their eye.”

What initially started as a set of blades eventually turned into a mixed set with cavity-back long irons after Taylor and Kraul made a trip to see Langer in Houston during a Champions Tour event.

Langer’s set has continued to transition in the last year from predominantly Adams irons to a blend of Artisan and Adams products — a sign one of the most meticulous golfers on the planet is more than comfortable with Taylor’s work.