Equipment trailers on the PGA Tour are a busy place, and they get a lot busier when new clubs are introduced to players. This past week at the Travelers Championship saw new Titleist TSR drivers and fairway woods, along with Callaway JAWS Raw wedges make their official debut, and we were on hand to watch the testing process unfold. This truly is the first time many of the players have seen these new clubs in hand and have had the chance to hit them. Of course, there are exceptions and times when a select player has been part of the prototype stages but the vast majority including those at the highest level are just as excited for the new gear as we are.

You don’t see a lot of deviation from previous models, and this rings true for lofts on woods as it does for wedges. These players are finely tuned machines and if they can see improvements on misses without changing what they expect from well-struck shots — then you have a winner.

One thing you hear a lot during testing is the term “my window”, which references the expected ball flight players have when they hit a particular shot. It might not seem like a big deal but from drivers to wedges, a few feet in variance can mean the difference between changing to a new club or not. 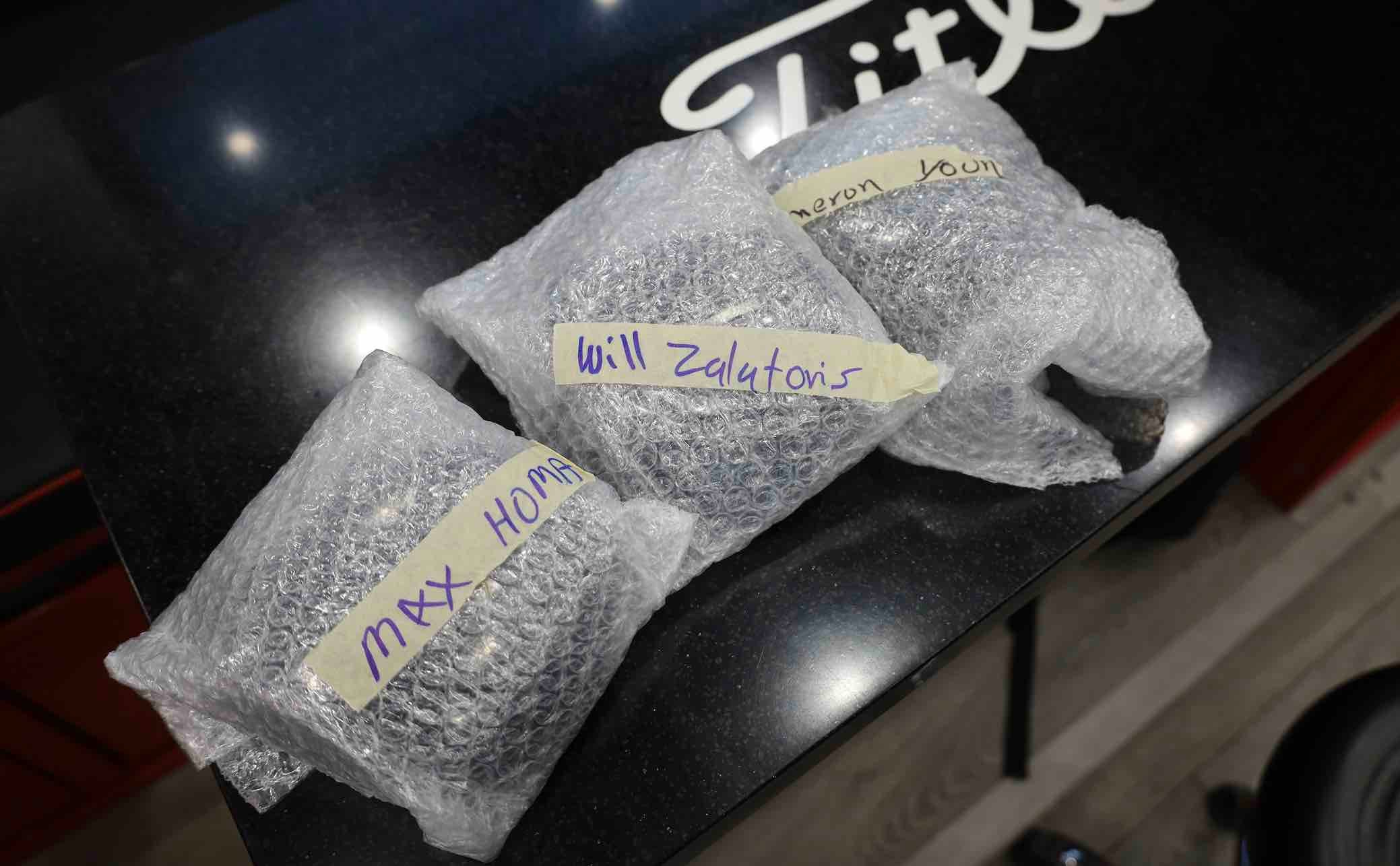 The single greatest development in woods testing and fitting over the last 15 years is interchangeable hosel adapter systems that allow for quick swapping of shafts into club heads. Years ago, a new driver launch would have required dozens of full clubs to be built to spec but with adjustable hosels, the new heads wait on the van ready to be picked up and tested against current gamers. This helps eliminate variables so players can use the exact same shaft as their current club for initial testing.

Some are quick to change, while others will test and go right back to what they know. The reps work hard to get any and all feedback they can about new clubs and will tweak on the fly — this is why having the equipment trailers on site is so important.

One of the most interesting interactions I saw was a caddy come into a trailer to look over the new clubs as a proxy for their player, and ask for a couple to test. It was a demonstration of how much trust players have in their caddy and also how much they value warm-up and practice time on the range.

5. They have to trust it

It can almost go without saying that before any new clubs go into play, each golfer has to trust it 100%. As much as range time on launch monitors plays a big role in the testing process, a lot of golfers reserve final judgment by taking the clubs to the course to get a final evaluation.

This unique logo golf shirt from J.Lindeberg is stylish and on sale