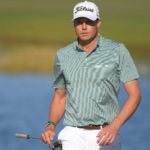 Nick Watney was the first PGA Tour player to test positive for Covid-19.

The PGA Tour announced Wednesday night it had updated its health and safety protocols, which will allow players who continue to test positive for Covid-19 but have met certain CDC guidelines to return to action.

For players and caddies who have tested positive for Covid-19 and were symptomatic, the Tour will follow a symptom-based model outlined by the CDC that allows them to return if they meet certain criteria: At least three days (72 hours) have passed since recovery (resolution of fever without the use of fever-reducing medications and improvement in respiratory symptoms) and at least 10 days removed from when symptoms first appeared.

This move is in accordance with the CDC’s Return to Work guidelines. Studies have determined that the virus may no longer be present yet recovered players could still test positive, despite not being contagious. That’s been the case this week with Dylan Frittelli, Denny McCarthy and Nick Watney.

“Out of an abundance of caution” during tournaments, the Tour will put any player or caddie who continues to test positive but met the aforementioned criteria as a single or grouped with other players who tested positive. Frittelli, McCarthy and Watney have been grouped for the first two rounds of this week’s Workday Charity Open. Their first round is at 9:13 a.m. ET off the 10th tee.

The Tour’s initial policy called for a minimum 10-day self-isolation period, and last week it added a test-based model for asymptomatic cases, allowing players or caddie who had tested positive to return if they had not had any symptoms and had two negative tests a minimum of 24 hours apart.