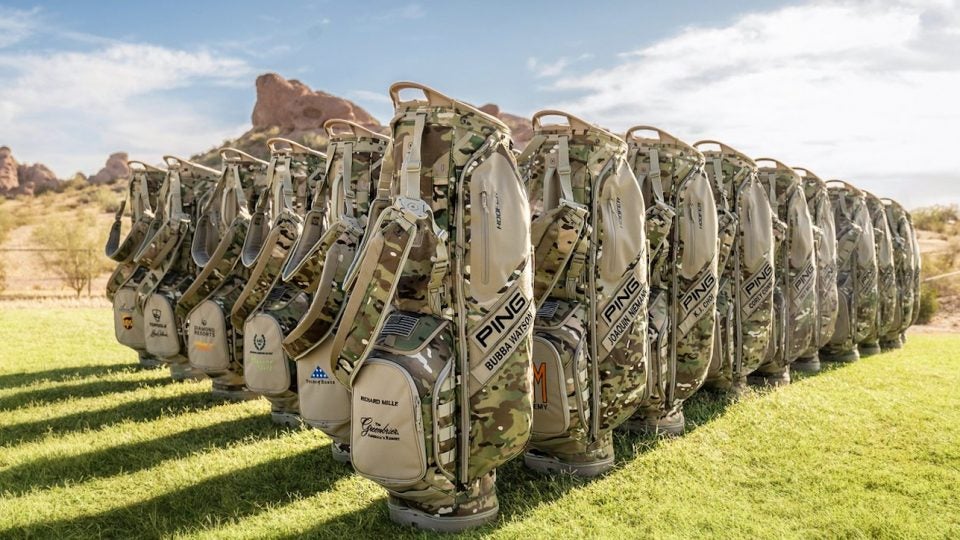 Ping staffers will use camo carry bags in Detroit.
Ping

Most weeks on the PGA Tour, caddies lug around enormous staff bags with everything under the sun packed inside. Some of these behemoths feel as if they weigh a metric ton. Realistically, they’re much closer to 35 or 40 pounds depending on everything a player carries with them.

The bottom line, though, is the weight is still noticeable. But for at least one week, caddies who loop for Ping staffers in the Rocket Mortgage Classic field will be given a reprieve from the bulky bag — and it’s for a worthy cause.

To honor the military, Ping created custom Multicam Hoofer carry bags for this week’s PGA Tour event in Detroit. Each bag has the player’s name and Ping logo, in patch form, velcroed to the side pocket, along with an American flag patch and their sponsors stitched on the front pocket.

Bubba Watson, Louis Oosthuizen, Joaquin Niemann, Trey Mullinax and Cameron Champ are just a few of the staffers who will be using the bag.

While the custom Tour creation was made for staffers, Ping confirmed on social media that this particular version will be available later this week on the company’s website. Tour caddie not included, of course. 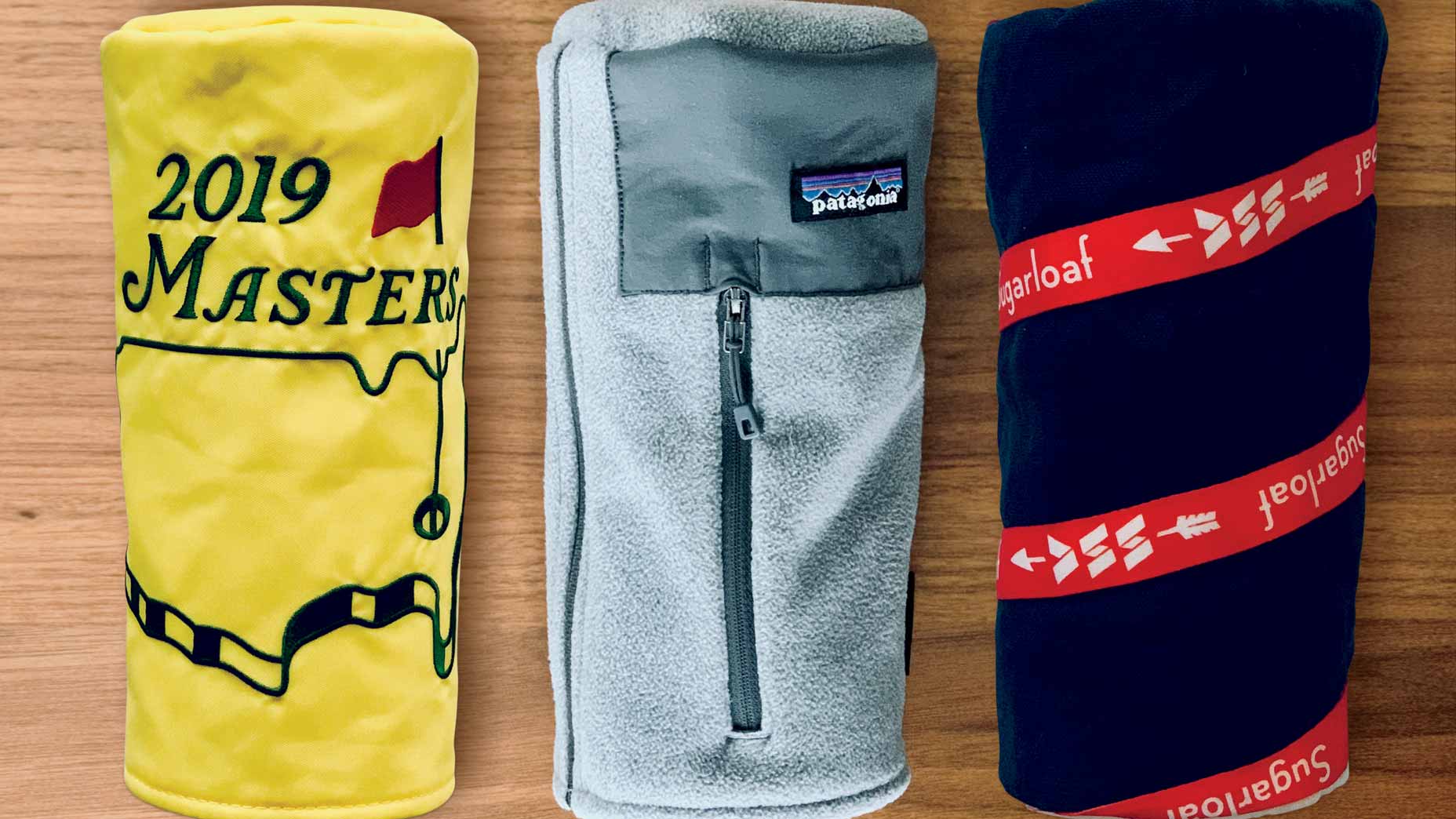 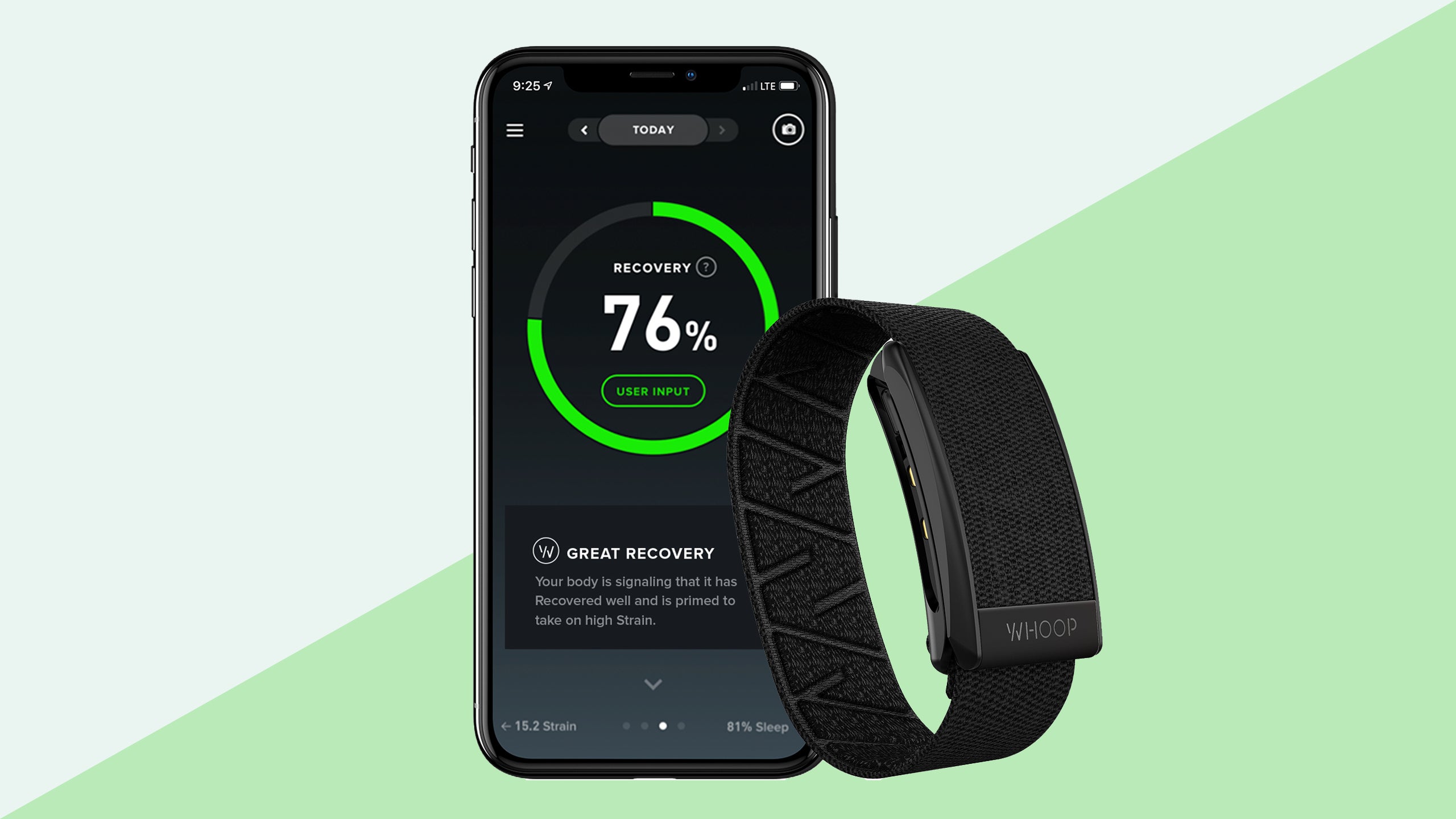 Meet WHOOP, the fitness and health tracker that is aiding the PGA Tour’s return to action 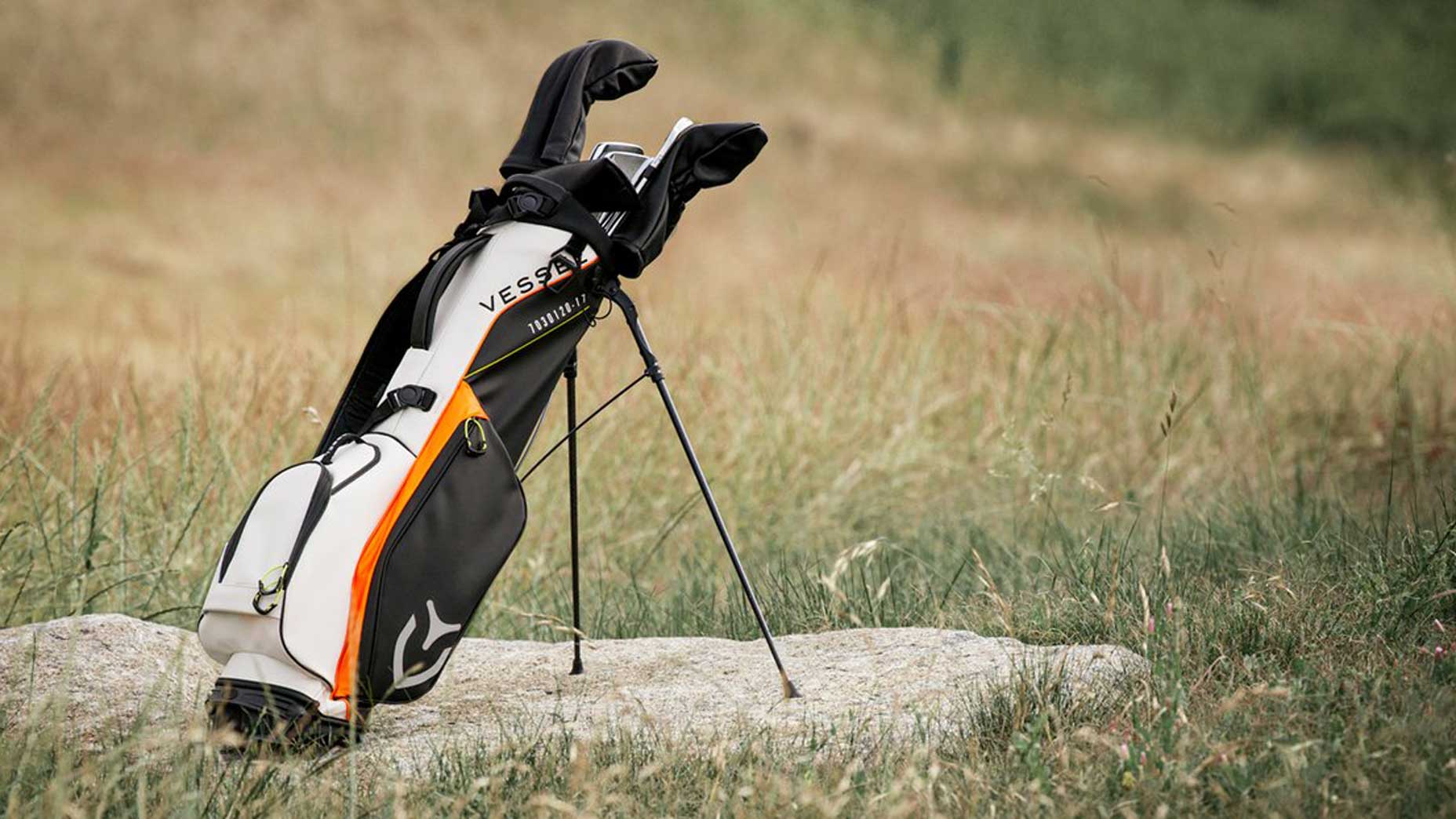 One thing to buy this week: Vessel VLX Stand bag

Meet WHOOP, the fitness and health tracker that is aiding the PGA Tour’s return to action

One thing to buy this week: Vessel VLX Stand bag