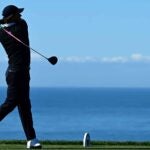 Spending $750 is steep for a driver shaft, but if you're one of the lucky few who find it a fit, it could be massive boost for your game, says Allen Gobeski of True Spec Golf.

PINEHURST, N.C. — When the Autoflex driver shaft first appeared in PGA Tour circles in early 2021, the multi-colored club shaft was shrouded in mystery. Rumor had it that the shaft had first surfaced in Korea, where it was made by a mysterious club manufacturer, who retailed the product at a higher price point — $790 — than anything else in the industry. The product was said to be made with something AutoFlex called KHT, or Korea Hidden Technology, that allowed it to achieve higher performance than its competitors.

Soon, Adam Scott was spotted with the Autoflex shaft on the range, where he lavished the new product in praise. Not wanting to fall a step behind the competition, fellow pros began buying the shaft en masse directly from the manufacturer’s website. According to players who’d used the product, it had a high degree of “kick,” allowing the clubhead to generate more speed and, by extension, the ball to travel farther distances.

But just as quickly as interest spiked in Autoflex, it receded. Soon it seemed the mysterious driver shaft had vanished. Well, until Monday at GOLF’s Top 100 Teachers Summit.

Among the many speakers headlining Monday’s action in Pinehurst was Allen Gobeski, general manager of GOLF’s sister company, True Spec Golf. Allen something of a master fitter, in the parlance of the club-fitting world, and in his own estimation, has fitted golfers into more than $15 million worth of equipment. Through his role at True Spec, a brand agnostic club fitter that services clients throughout the United States and abroad, he sees trends changing in the equipment industry in real-time.

One of the biggest shifts he’s noted recently has been toward the Autoflex shaft, which he says has seen an enormous increase in both interest and results.

“I thought you were going to ask about the AutoFlex Korean golf shafts,” Gobeski volunteered to one questioner. “That one is automatically one of the best available products.”

According to Gobeski, the Autoflex shaft has resulted in some of the biggest gains that fitters have seen in 2021.

“We’ve hit absolute home runs with it,” he said. “There’s something that’s going on with the loading and the unloading of the shaft, they’re incredible.”

But those gains don’t come for everyone. Rather, Gobeski points out, for some players, the Autoflex is a game-changer; for others, it’s a non-factor.

“It doesn’t work quite as well for half to two-thirds of our clients, but for the ones it works, it really works,” Gobeski said. “We’ve had two or three Saturdays where we have boxes of these things come in, and we’ll build out 50, 60, 70 of these at a time.”

Before you whip out your credit card, Gobeski cautions that the only way to know whether the new-age shaft works for you is to try it out at True Spec (or your local club fitter).

Still, among all the movers and shakers in the gear industry, Gobeski is keeping a close eye on what comes next from Autoflex.

“I don’t know how long this lasts, I don’t know if they’re going to be around for a year or 10 years,” he said. “But we have had some home runs.”

Want to overhaul your own bag for 2021? Find a fitting location near you at True Spec Golf.