PXG’s new Gen2 metalwoods place emphasis on stability, consistency (and cost less than you would expect) 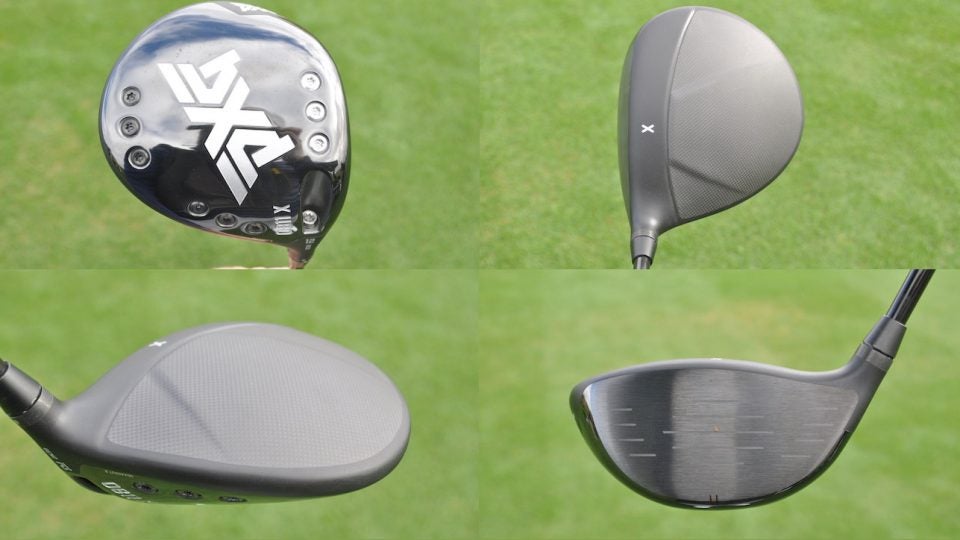 What started as a trip to work on putters at PXG’s Scottsdale-based headquarters turned into something entirely different for Ryan Moore. For the last year-plus, the PGA Tour winner had been using a one-off prototype version of the company’s driver that checked all the necessary boxes, but with the launch of the new Gen2 line approaching, principal designer Brad Schweigert wanted to get some feedback from Moore, a member of PXG’s Tour staff, on the overall look of the new driver, particularly the redesigned carbon fiber crown.

Going in, Schweigert’s plan was to get Moore’s feedback on the crown and, assuming he liked the design, and add it to his existing prototype driver. But Moore had other plans after taking a few swings with what would end up being the finished product for the 0811 X Gen2.

“He starts hitting it and the numbers are awesome,” said Schweigert. “Now he’s asking if he can take it with him and use it. Ryan’s calling [PXG founder Bob Parsons] to see if he can use it and he eventually gets the OK to use it in competition. For him to ditch a driver that was personally made for him to use our production model — I think that says a lot about how good this line really is.”

While it wasn’t in the cards to begin with, moving up the Tour launch to accommodate Moore nearly produced a win for PXG’s Gen2 metalwoods, as the 36-year-old finished runner-up to Kevin Tway at the Safeway Open. During the tournament week, Moore reportedly picked up 12 yards of carry with the driver and 10 yards with the 3-wood — eye-popping numbers for a player of his caliber.

According to Schweigert, the distance gains can be traced back to the company’s “Hot Rod Technology” — a variable thickness, multi-level carbon fiber crown inspired by the look and performance of American muscle cars. The anti-glare carbon fiber crown — visible at address — was stiffened to reduce the amount of energy lost at impact, which in turn improved overall dispersion by 26 percent and boosted distance by 7-10 yards when compared to the Gen1 version. A raised section was also added to the middle of the crown to improve airflow and boost clubhead speed; Tour players commented the crown design helped with alignment and dampened vibrations for a better sound/feel at impact.

“By stiffening the crown, we can mitigate the energy loss and redirect that energy to the face of the golf club and create more deflection,” Schweigert said. “The metal in the face actually stores more of that potential energy and returns it for fast ball speeds and an overall more consistent structure, especially across the entire face.”

The number of weight ports found along the perimeter of the 0811 Gen2 sole were reduced from 16 to 9, but Schweigert noted more mass can be repositioned throughout the head when compared to the previous generation due to three 4.1-gram silver tungsten screws that are more than double the weight of the original weights.

“The heavier tungsten means you can move one weight for more effectiveness,” he said. “When we started working with [PGA Tour rookie] Wyndham Clark, he already had all three tungsten weights in the forward position because he wanted that low launch and spin, but we wanted to bring both up just slightly. Moving two weights back in the head, he picked up 400-500 RPMs of spin, which was way too much. So we did one weight and he went up about 200 RPMs to get it where he wanted it. Being able to move one weight and see a noticeable change will be a great benefit for not only the Tour players but fitters as well as dial-in the driver.”

According to PXG, when all three tungsten weights are in the forward position, the 0811X head is the lowest spinning driver in the market. The low-spin characteristics can be attributed to a center of gravity location that lies approximately .160 inches below the neutral axis on the 9-degree head when the weights are far forward.

The XF version is designed for forgiveness with a slight draw bias built in. For the player who needs additional bend to fight a hook, five weight ports are located along the back and heel portion of the head to straighten out ball flight. The tungsten weights can also be situated in the back position to increase launch angle and spin rate.

Both drivers feature a honeycomb TPE insert in the sole that was initially introduced with the 0811X and covers the weight port structure, working in tandem with the carbon fiber crown to improve sound and feel, save weight and lower the club’s center of gravity. Both drivers were reduced in length from 45.5 to 45 inches to improve accuracy — something PXG put high on the priority list when it created the Gen2 driver.

As far as the face technology is concerned, PXG is keeping much of the new design a trade secret due to recent changes in how the USGA conducts its Characteristic of Time testing, which now measures the entire face as opposed to just the center. Schweigert confirmed the face has a uniform thickness but still produces ball speeds that are in line with what’s currently on the market.

The 0811 X (D3 swing weight) and 0811 XF (D3 swing weight) drivers come in three lofts (9, 10.5 and 12 degrees) and retail for $575. According to Parsons, the nearly $300 drop in price from the previous version is primarily due to a reduction in manufacturing costs that made it possible to produce the club at a lower price point.

Most of the technology packed inside the 0811 X driver can be found in the 0341 X fairway woods as well, which happens to have a weight forward design with four 4.1-gram tungsten screws positioned in the sole, just behind the face. The more forward CG position promotes low spin and launch characteristics for those players angling for more distance off the tee. While distance is always a good thing, PXG mentioned a couple of staffers have replaced their 3-wood with a 5-wood because “the club went too far.”

Distance gains were achieved through mass positioning (more forward CG) and internal structure adjustments, along with a thinned out face (top and bottom regions) and stiffer sole/crown that improves the amount of face deflection produced at impact for faster ball speeds.

“We’ve learned through our testing, as we’re trying to generate better-performing fairway woods, is that we’ve really had a challenge with these,” Schweigert said. “We’ve tried to create the most distance possible, as well as maintain a good level of forgiveness. Fairway woods are nice because, unlike drivers, there’s more room to get a little bit more speed out of the face and make them a little bit of a higher performer. So we got some greater gains out of the fairways compared to the drivers.”

From a performance standpoint, the Gen2 fairway woods are 1 to 2 miles per hour faster than the previous generation while producing 300 to 400 RPMs less spin with an additional 7 to 10 yards of distance.

While the fairway is designed with a forward CG location, players will have the opportunity to adjust ball flight and spin by moving weight to the heel and toe areas of the sole. Doing so not only increases launch and flight but inertia as well. Weights can also be situated in just the heel or toe to make the club draw or fade. The standard tungsten weight offered with the fairway wood comes in at 4.1 grams, but there’s also a lighter 2.5-gram version offered that’s exactly one swing weight less.

Unwanted vibrations and sound were tuned via a honeycomb TPE insert that run along front area of the internal sole structure. The company’s anti-glare carbon fiber crown is also visible at address and works in tandem with the rest of the structure to tune sound and boost distance.

Subtle changes were made to the sole as well by flatting out the profile so the club gets beneath the ball at impact. The flatter overall sole drives the CG down while making it easier to get the ball in the air from the turf.

Taking a page from the fairway wood, the 0317 X hybrid has a forward weight position with four tungsten weights situated just behind the face. Those weights can be repositioned in the heel and toe to shape the shot, or along the perimeter to increase the heel-toe weighting for stability and forgiveness purposes.

The face geometry was thinned and the sole/crown stiffened to increase overall face deflection. Due to the diminutive size of the head, some manufacturers have refrained from adding carbon fiber crown technology to their hybrids. In this case, PXG was able to add the company’s Hot Rod Technology that improves the overall consistency of the club through a more rigid carbon fiber crown structure. The company’s TPE insert was also placed inside the internal sole structure to help tune sound at impact.

Numerous loft options give players the ability to replace long irons with easier-to-hit hybrids, including a 28-degree option that could replace a 6-iron in the bag setup. Each hybrid retails for $375 — $175 less than the 0317 Gen1 — and comes stock with a D2 swing weight. 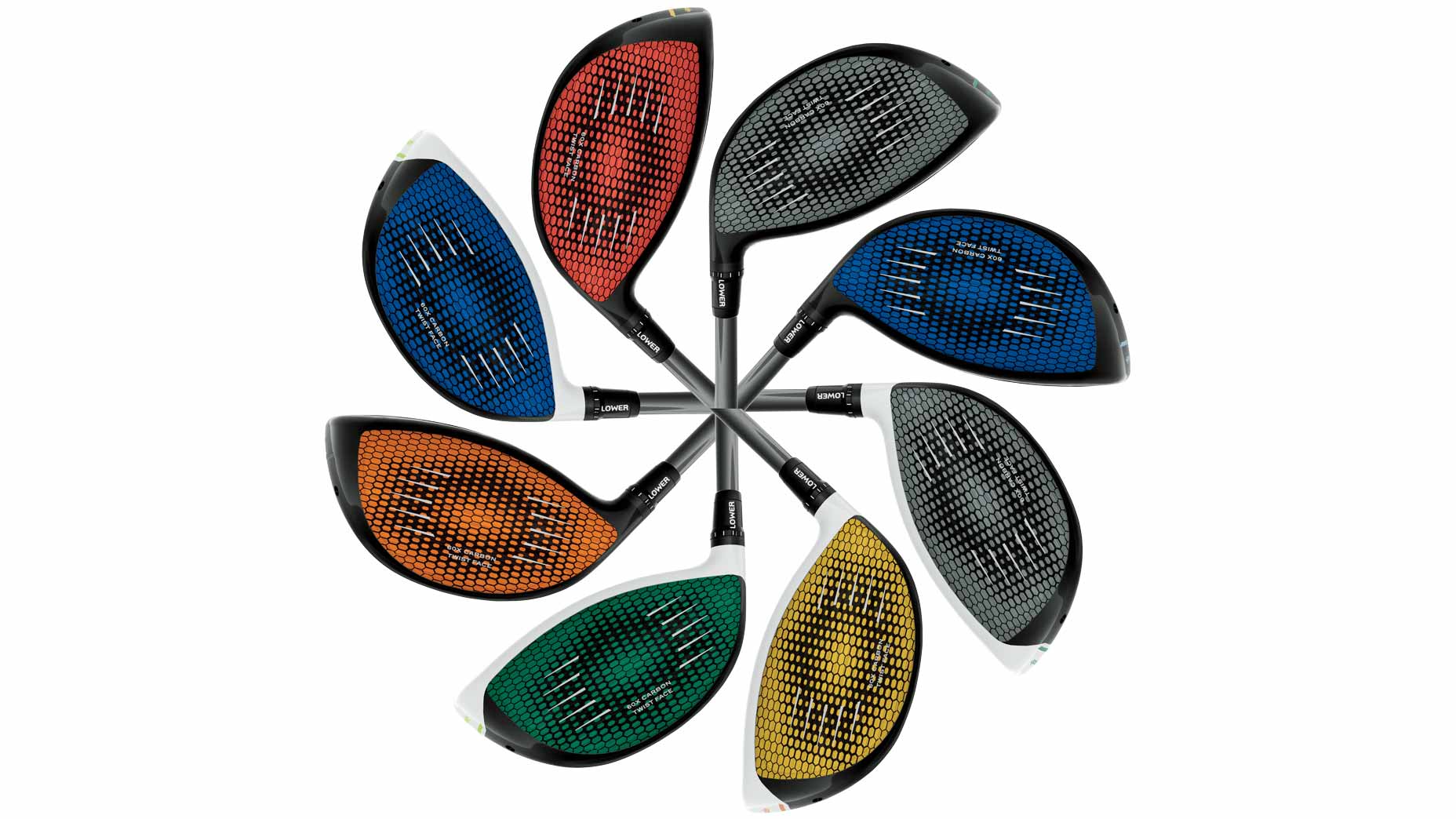 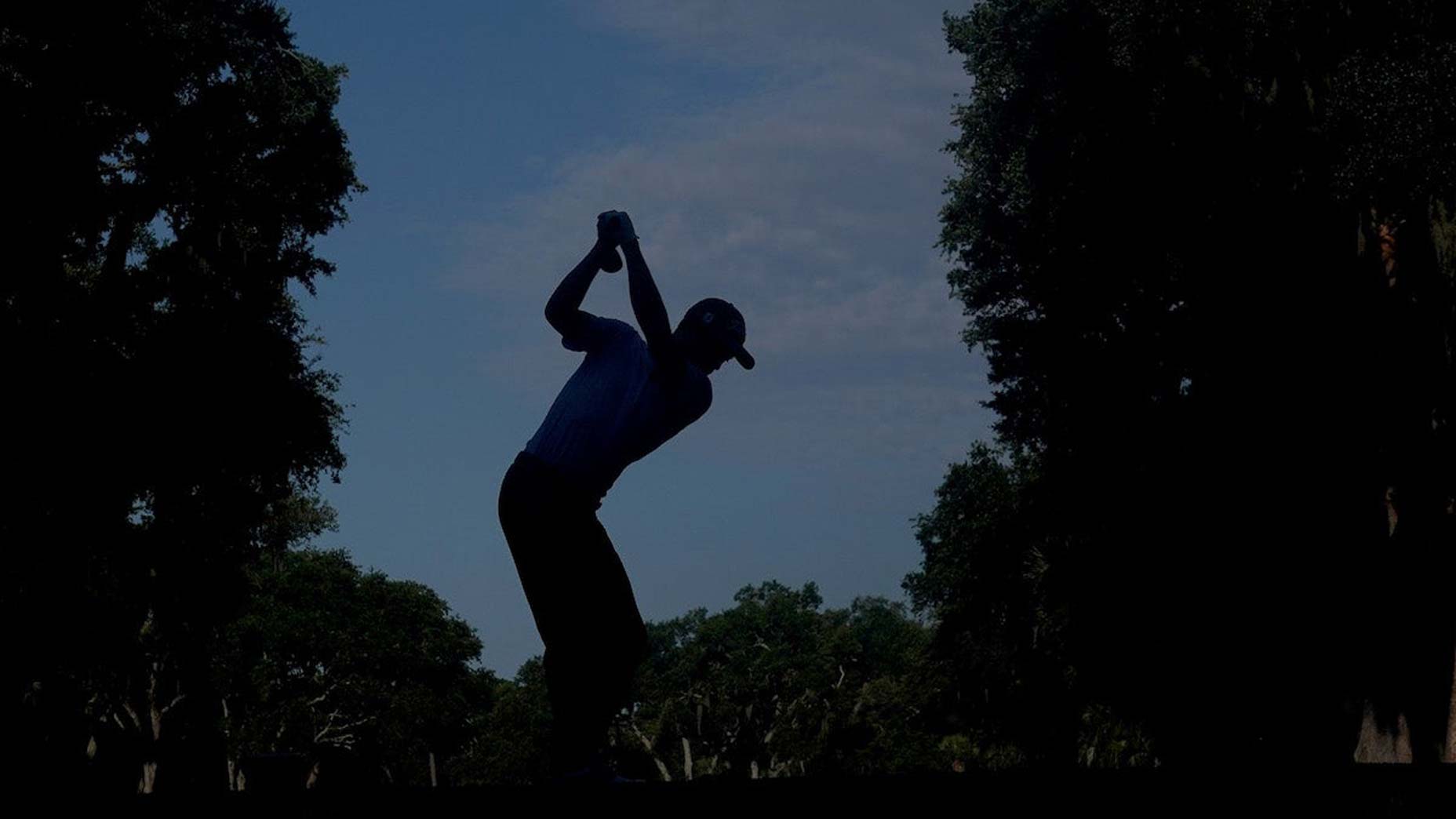 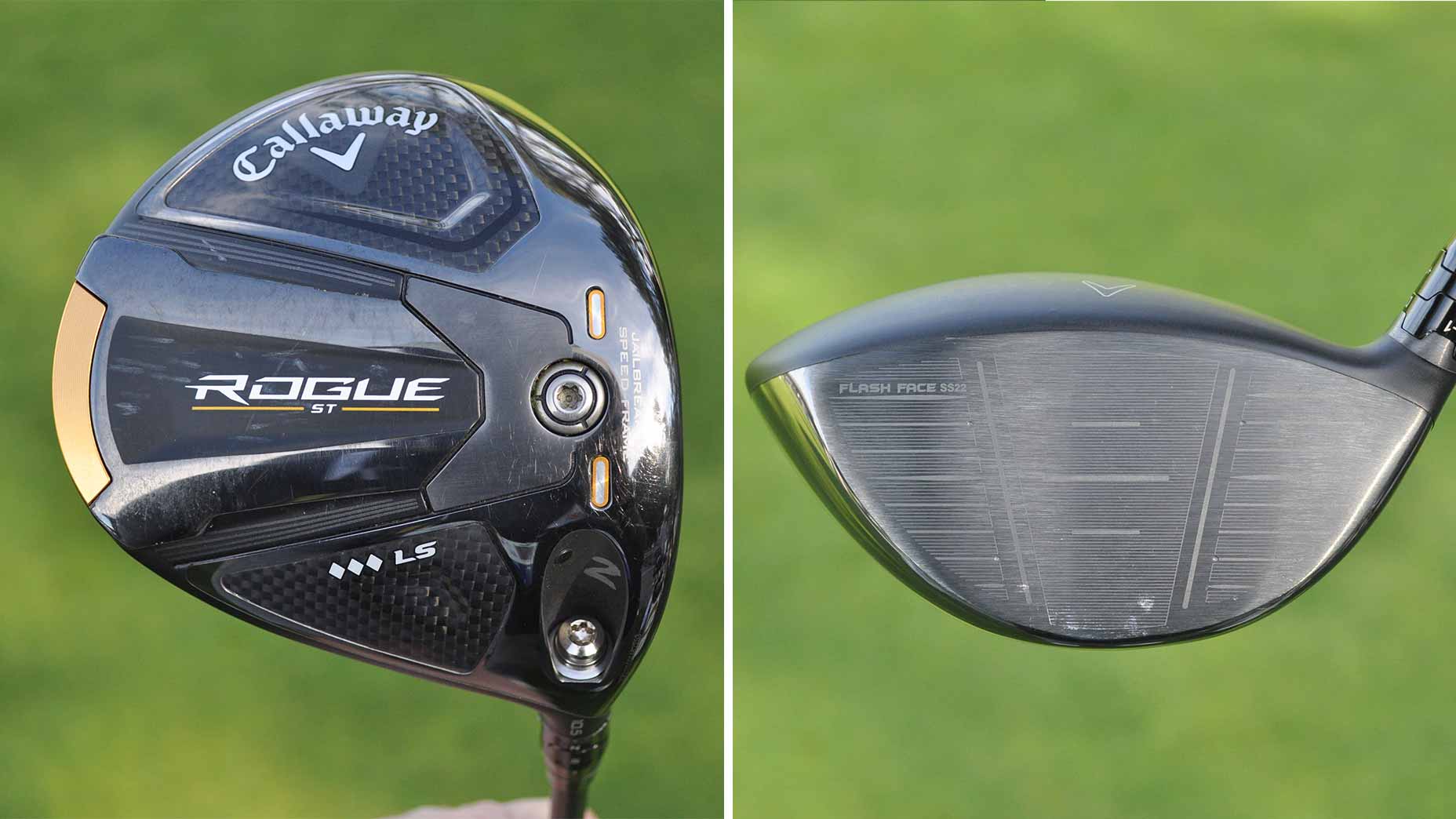