ClubTest 2022: The inside story behind Ping’s G425 driver line (plus reviews!)

Read our review of the Ping G425 driver line below.

This year’s ClubTest is bigger and better than ever. To help you make sense of the mountain of high-tech new clubs on the market, we put all of the latest offerings from the top golf club manufacturers to the ultimate test, making use of a state-of-the-art swing robot to put each club through its paces. Below you will find our deep dive into Ping’s G425 driver line, including full reviews and test results toward the bottom of the page.

Fans of Ping woods are a clearheaded, sober-minded bunch — they’re into them for the steak, not the sizzle. And the meat has always been the kind of standout stability that yields straight shooters. Distance-chasing, top-end speed freaks get their fix elsewhere.

That’s not necessarily the case anymore. The G425 series of drivers, fairway woods and hybrids have seriously ramped up the rpm. Don’t worry, though: This being Ping — a company overseen by nothing but trained engineers named Solheim since its founding more than a half century ago—the steering wheels still work as well as ever. The company doesn’t do “one step up, two steps back.”

“To make these huge changes of ‘Right, we’re gonna focus on aerodynamics or length of the club or whatever, they always come with some major trade-offs,” says Paul Wood, Ping’s vice president of engineering. “The way to make overall performance better is to make something better without sacrifice.”

So how did the speed, well, speed up? As usual, it’s several enhancements that add up rather than one purported big bang. Foremost among these enhancements in the drivers: A high-strength T9S+ clubface has pumped up the yardage across the entire clubface via a unique forging process and a patented heat-treatment method. In conjunction with precision machining for maximum flexing, it creates a thinner, hotter impact zone. Up above, the crown on G425s feature turbulators — little protrusions that help minimize aerodynamic drag as you seek to maximize whoosh on your downswing.

Ping was banging the drum on the importance of clubfitting long before it became received wisdom, and thus it’s not surprising that producing added distance means different design elements for different players too. In drivers, the G425 LST model, popular among Tour players and other fast swingers, pumps out more yardage in part due to its more compact head (445cc) and lighter back weight (17 grams) for a lower and further back center of gravity. This, in turn, yields a flatter, low-launching trajectory versus the more game-improvement G425 Max (460cc, 26 grams), while the slice-fighting, drawbiased G425 SFT also works to add yardage down the fairways rather than the right tee line.

(Straight, it’s worth remembering, is its own distance enhancement, shortening the yardage to the flagstick.) Each G425 model’s acoustics are better too: An internal rib structure reinforces the needed sections inside the clubhead for a deeper, ear-pleasing sound at impact.

In the fairway woods — which also come in standard, low-spinning and draw-biased versions — those crown turbulators have been replaced by three alignment aid dots. The role of mph accelerator is now being played by a combination of Facewrap technology and Spinsistency. The former is a maraging steel face that extends to the crown and sole to increase flexing at impact and, with it, yardage. The latter is a more complexly curved clubface with a modified roll profile versus the prior G410 model. Less loft low on the clubface produces more distance on shots struck there, thanks to normalized spin and increased ball speed. Yet forgiveness remains at least as good as ever, thanks in large measure to the high-density tungsten back weight that increases stability and tightens dispersion. All of which is to say, you can have your steak and the sizzle too.

Says Wood of Ping woods: “Trying to fit a bunch of different golfers is a lot easier when you think about it from the start, knowing that that’s the goal. We have years of experience at this—we’re not building any one club; we’re building a system of club options to get everyone the best possible club for them. When you think of it like that, it becomes more of a systems engineering–type endeavor than just ‘We need lots of different clubs.’”

Seen in this light, it becomes a little less counterintuitive that, in its woods development and elsewhere, Ping’s engineers and designers emphasize human testing at least as much as robot testing, if not more. In fact, Wood notes that a lot of his department’s brainpower is put toward how to best set up human testing—how to design experiments and run statistics and parse data to understand the entire population and its constituent parts, not just a single golfer or old dependable Iron Byron.

“If we just need to make the robot perform better, that’s easy,” he says. “In human testing, each person is almost a different experiment.”

Each person chasing maximum distance without wanting to sacrifice accuracy should experiment with the G425s, pronto. — Evan Rothman

Our take: Most of golf’s big dogs come in either of two breeds: sturdy, stable and dependable, like a St. Bernard, or flashy, dashing, off-to-the-races distance, like a greyhound. But Ping’s G425 was like the ideal mutt, combining the best of both breeds. Hitting the Max version of the Turbulator-crowned driver, one tester gushed, “This is the club I’d be walking home with. It goes so far—the ball flight seems like a rocket, like it has a gear the others don’t.” The G425’s bark was just as popular, as players complimented its deep, booming note at impact. 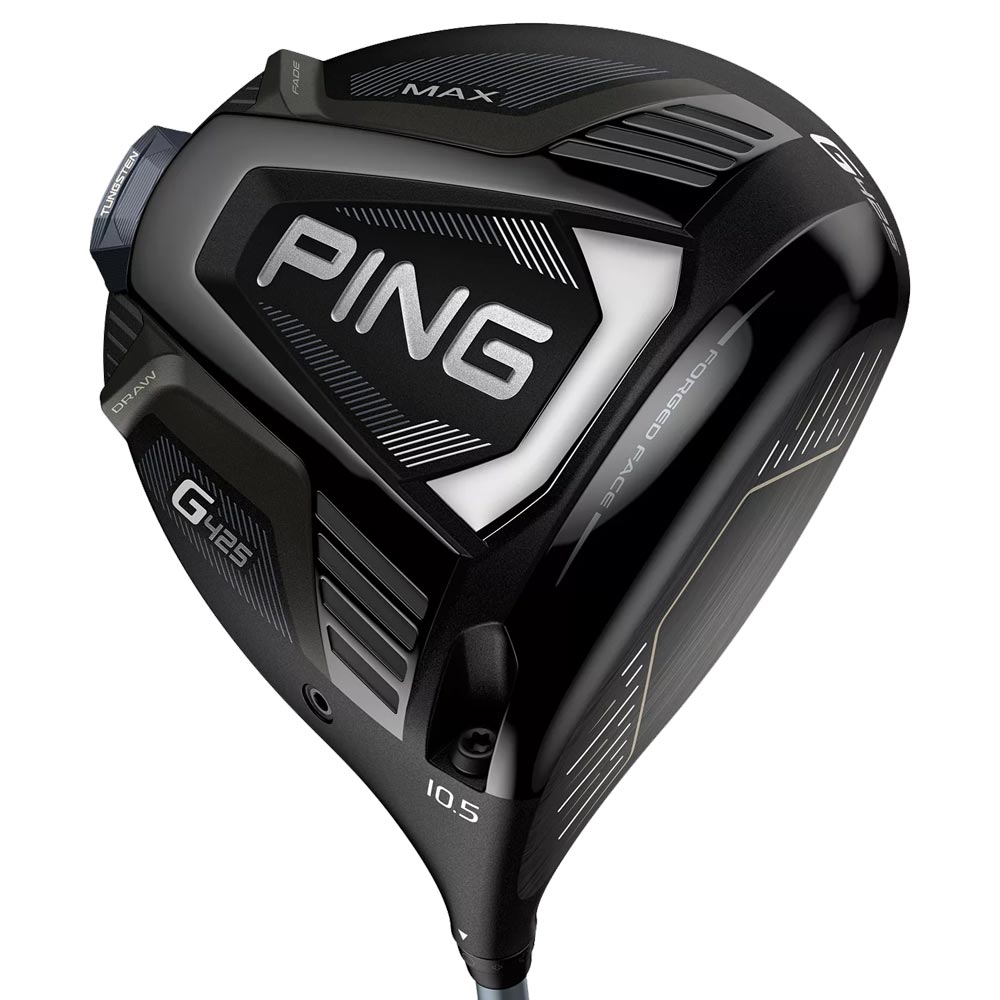 $549
To achieve the new performance levels in the G425 Max, Ping engineers combined key technologies from the G400 Max and G410 Plus. The resulting increase in MOI in the 460cc head comes mainly from a 26-gram tungsten movable weight, which is made possible by weight savings attributed to advancements in the driver’s crown.
BUY NOW

Robot’s take: G425 Max: The Max proved to be the most forgiving G425 driver across more points on the face. Off-center hits had minimal loss of distance, making it the ideal choice for golfers who want an all-around performer; G425 LST: The low-spinning choice in the G425 line, the LST had minimal distance drop-off on toe hits — a region where better players often miss. Trajectories were penetrating and consistent; G425 SFT: The draw bias worked well in our tests, especially on hits on the heel and high center. Its slice-correcting performance will be welcomed by players who need it.

The details: Our breeding metaphor isn’t just whimsical—it’s appropriate, too. Ping underscores that the G425 series combines technology from prior models to produce varying emphases. Thanks to a 26-gram adjustable tungsten weight in the back of the head, the G425 Max is the company’s most-forgiving and highest-launching driver ever, per Ping. Slicers among us should gravitate toward the G425 SFT due to its draw bias, while fast swingers should first check out the G425 LST due to its spin-reducing design. 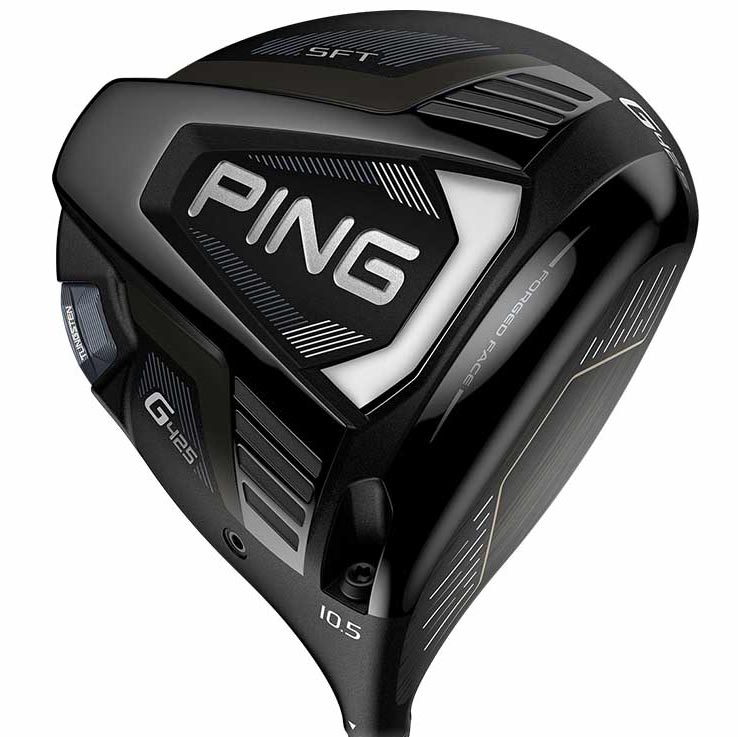 $549
For golfers who commonly miss their tee shots to the right, the 460cc SFT version is engineered with draw bias to help bring shots back on-line and into the fairway. It features a fixed 23-gram tungsten back weight that shifts the CG closer to the heel to promote a right-to-left shot bend of approximately 25 yards.
BUY NOW 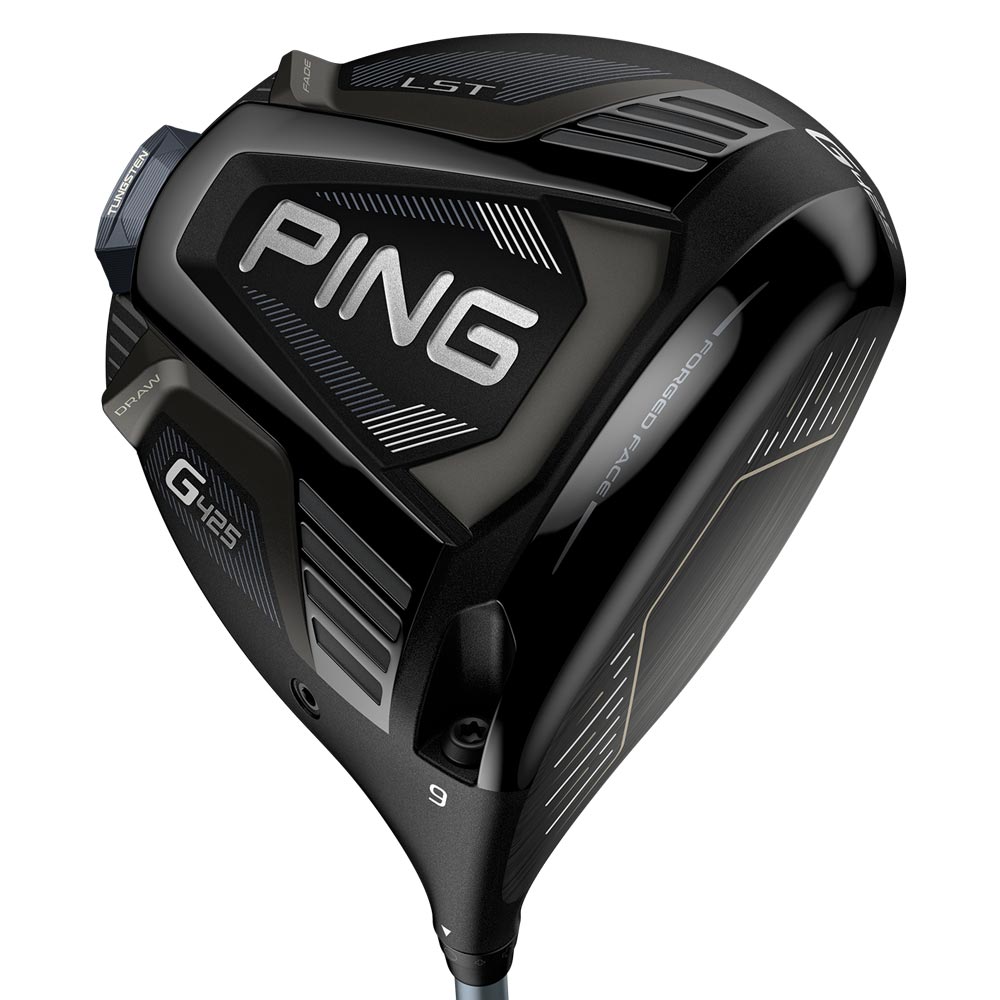 $549
The LST model is designed with a pear-shaped head and measures 445cc to deliver spin reductions of approximately 200 rpm compared to the G410 LST and 500-700 rpm versus the G425 Max.
BUY NOW
Pro shop