Robot Tested: How much farther would an average golfer hit a completely illegal driver? 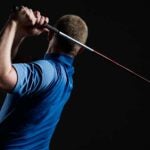 A golf robot tested a completely illegal driver. Here's how much distance you would gain.

As heavily reported in the golf equipment space of late, golf’s governing bodies draw a firm line in the sand on driver technology advancements. For example, under the current rules of golf, a driver must not exceed a CT (characteristic time) reading of 257 (the limit is actually 239, but there’s a tolerance of 18).

There are also extensive rules in place that limit size, shape, texture, adjustability, and all sorts of restrictions you can read more about here. That means the rules keep golf manufacturers from making drivers that are too fast, thus preventing golfers from hitting the golf ball as far as possible.

But let’s suspend reality for a second.

Ignoring all restrictions, how much farther would an average golfer really hit the ball with a driver that’s completely illegal?

Fortunately, for those of us curious about the answer, this isn’t just a hypothetical question anymore. Gene Parente, the foremost expert on golf robot testing and the founder of Golf Laboratories, recently got his hands on a driver that was built for the most speed possible, disregarding the rulebook altogether.

Parente did what he always does when he gets his hands on a product: he tested it on his golf robot. While he couldn’t reveal the company who designed and developed the driver, he assured GOLF’s Fully Equipped podcast that it was made without constraints.

“I can’t name the company because it’s confidential, but they came out with a full-blown non-conforming club [a few years ago],” Parente told GOLF’s Fully Equipped podcast. “Full blown, like everything about it was non-conforming. And it was wild. It was really, really wild.”

For a guy whose job it is to test basically every hard goods product that hits the market every year, hearing him call a driver “really, really wild” isn’t to be taken lightly.

“It was wild because it was testing a lot of my preconceived notions of the physics of what would happen when you started like getting real high ball velocities off of a club face, but it was also wild because it showed, at least with this design, that even if the governing bodies took the regulator off, there’s kind of limits to what a golf ball can do,” he explained.

According to Parente, he tested the nonconforming driver at 80-85 mph, which is near the reported average male swing speed of 93 mph. Even at slightly below average swing speeds, Parente says the driver produced 15-20 yards of extra distance compared to its conforming counterparts. Of course, at faster swing speeds, the distance increases would be even more pronounced.

That brought Parente to another interesting point.

Thanks to physics, the slower you swing a golf club, the less impactful some technological advancements may have on improving speed. For example, if a certain driver design increases speed by, say, 10 percent, that means someone who swings the club 130 mph will gain more speed (1.3 mph increase) than someone who swings it 70 mph (0.7 mph increase).

“The sick joke of this industry is that the people who benefit the most from any performance advantage in a golf club are those who need it the least: those who swing it 130-140 mph,” Parente said. “Whereas someone who swings 70-80 mph, and can use every single yard, they don’t get much advantage unfortunately. That’s just due to physics; they’re not generating enough club head speed to see big differentials between equipment.”

Regardless, the best way to ensure you’re optimizing distance under the rules of golf, at your current swing speed, is to get with a trusted fitter to dial in your equipment. If you want to increase swing speed, you can also try long-driver Kyle Berkshire’s recent tips, or even try using a golf tee that reduces friction.

To hear more inside insights from robot-tester Gene Parente, make sure to listen to the entire Fully Equipped interview in the Spotify embed below! The secret to Ping's club-making success? Keeping the business in the family