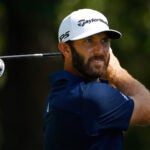 Dustin Johnson has long been one of the game's best drivers of the golf ball.

Throughout his decorated career, Dustin Johnson has overpowered golf courses and his competition with his long ball off the tee. In fact, Johnson has been in the top 10 in driving distance every year since turning professional in 2007. And TaylorMade’s VP of Tour Operations, Keith Sbarbaro, has been his club fitter every step of the way.

Week in and week out on Tour, Sbarbaro is on the range helping players, including Johnson, get properly fit into their TaylorMade equipment. There’s no one who knows Johnson’s equipment like Sbarbaro. I recently spoke with Sbarbaro about Johnson’s current driver setup and what it’s like to work with him.

Here are six things I learned about Johnson and his driver setup during my chat with Sbarbaro.

Johnson uses a lot of loft

For how far Johnson hits the ball — he averaged 311 yards off the tee in 2020 — some may think he uses a low-lofted driver to counteract all that speed. But, due to his technique, that’s actually far from the case.

As Sbarbaro explains, Johnson has a low ball flight because he delofts his driver on the downswing, so he needs a driver with more loft. Johnson’s current TaylorMade SIM driver measures 11 degrees, which is relatively high compared to his contemporaries on the driving distance leaderboard.

Sbarbaro says that if an amateur golfer picked up Johnson’s driver, the amount of loft would be the thing they notice most.

“That’s the one thing, I think most people don’t play enough loft and he plays with plenty of loft,” Sbarbaro said. “[Pro golfers] all miss the center of the face; when you don’t have enough loft, the miss gets a little more violent than when you do have enough loft to maximize your spin. Some guys will hit a 9-degree and spin it at 2,800 rpm, and some guys hit an 11-degree and spin it at 2,200 rpm. It depends on your swing also, but the average player would notice how much loft he has, for sure.”

He’s open-minded with his choice of driver models

For instance, when the new SIM family first came out, Johnson told Sbarbaro that he thought the SIM Max would be the best option. After further testing, though, Johnson has since settled on the SIM. 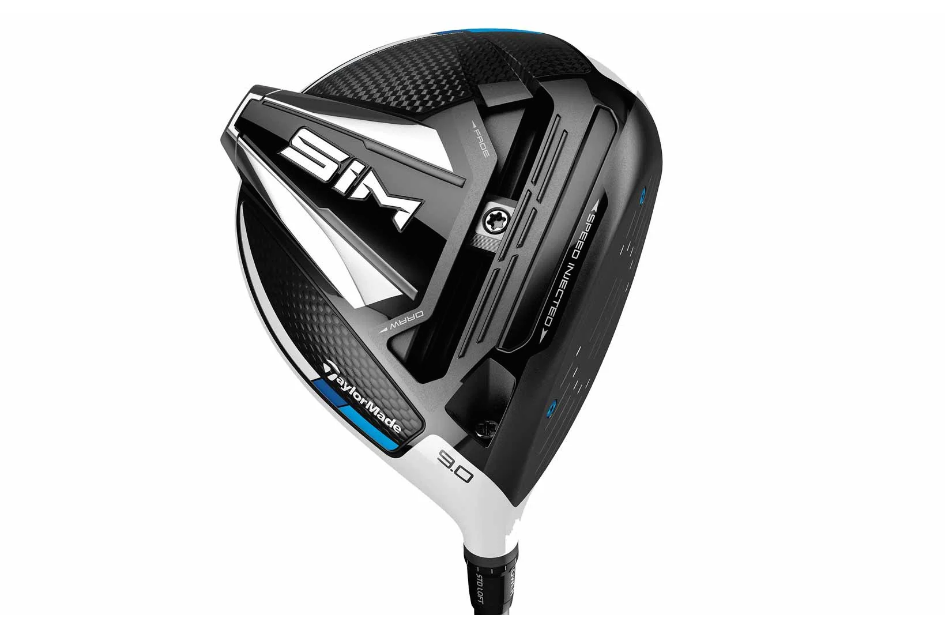 “We always come out with two heads, and it’s a rare season where he doesn’t give both heads a go in a tournament,” Sbarbaro said. “He wants to see which one he likes better and then settle into one. He settled into SIM this year after playing SIM Max a little bit. At the start of the year, he thought it was going to be SIM Max for sure, but he ended up liking the SIM better.”

That’s why it’s important to test drivers with an open mind.

His driver face isn’t adjusted open like you may think

Sbarbaro says there’s a general misconception that all Tour players want their driver faces set to open. Even though Johnson primarily plays a fade off the tee, his driver is in a neutral position.

“I think the two big misconceptions are that people don’t use enough loft, and everyone thinks these guys want open drivers,” Sbarbaro said. “A lot of good players will want them open; that was popular when I first started on Tour. But all these young guys want to see closed drivers. There are a lot of guys who play with more of a closed face than back in the day.”

Due to technique and delivery at impact, an open face at address can cost accuracy and distance for those, like Johnson, who deliver the club with a closed face at impact.

“When you have an open face, your club head is coming down more open and you have to close it with your arms or your hands more,” Sbarbaro explains. “These guys are closing it with their body. Dustin Johnson, and Jon Rahm, their driver head is coming in more shut and as it gets to the ball they’re kind of holding on. If the face is too open, the ball will squirt right.”

He has more ball speed in the tank

While many would consider Johnson to be part of the bomb-and-gauge brigade, he isn’t going full bore off the tee on every shot in competition. He has a little bit of speed left in reserve.

Johnson isn’t always giving it a go, though.

“He hits a lot of fairway-finders where he tees it down; you’ll see that from him a ton,” Sbarbaro says. “Those drives are right around 179-180 mph. They might be 181 if he’s got some adrenaline going, but that’s where he is right now. He hits the fairway finder, he tees it down, he brings the launch down to probably 10 degrees, then spin goes up to 2,500 or 2,600 rpm, and it carries 300 yards and runs. That’s kind of his go-to. When he can tee the ball down and hit that little cut and control it and not have it go left, that’s when I know he’s going to play really good. And that’s how he’s been driving lately.

He tinkers with his own driver weights

There are some golfers who rely heavily on club builders or fitters to make club adjustments for them. Apparently, Johnson is not one of those players. Sbarbaro says Johnson tinkers with the weight-adjustable SIM driver himself.

While some may think Johnson has a magic driver of sorts, Sbarbaro says his specs are actually quite normal.

“I’ve never had to do any hot melt adjustments inside the head that are unique,” Sbarbaro says. “He doesn’t like to do that. So generally we just give him the driver as designed. He can move the weights around himself. There’s nothing secret. It’s not much different than the one you buy off the shelf to be quite honest. It’s the same length and everything.”