It’s difficult to imagine any one piece of golf equipment that holds public attention quite like the driver that Bryson DeChambeau wields. And during this major-championship-free turn of the season, that equipment takes on different forms.

There’s the endless testing DeChambeau does in the fall to tap into what he wants changed, then the weeks of working through prototypes as he and Cobra triangulate the best product to bring forward. The process takes months, but toward the end of 2021, Cobra and DeChambeau had figured it out.

“We’ve got something really exciting coming,” DeChambeau said in November during Golf’s Top 100 Teachers event. He couldn’t share anything more about it at the time, but he was talking about the same club he was photographed using in Hawaii two weeks ago. The public has been kept largely in the dark about it until now. It’s called the Cobra LTDx Driver, and a piece of gear the brand has dubbed “a unicorn.”

Cobra’s main focus with the toy with which DeChambeau will hit his bombs — and that comes in models for players of all abilities — was fitting it into what they called a “unicorn zone.” That’s as close to zero CGna (Center of Gravity neutral) and as close as possible to the USGA limit of 5,900 MOI. For the uninitiated, the layman’s explanation of Cobra’s unicorn zone is maximum forgiveness while also delivering as much energy as possible from the clubhead to the ball. The “LTD” stands for Longest Total Distance.

Does the moniker fit? Well, this is the driver that DeChambeau used to break his own personal ball speed record a month ago. DeChambeau topped 220 mph ball speed in December, even surprising himself. That had been his benchmark goal for almost a full year, and finally, he had reached it with the LTDx family.

Cobra’s LTDx lineup consists of three different models, the differences between which can be seen in the photo above. 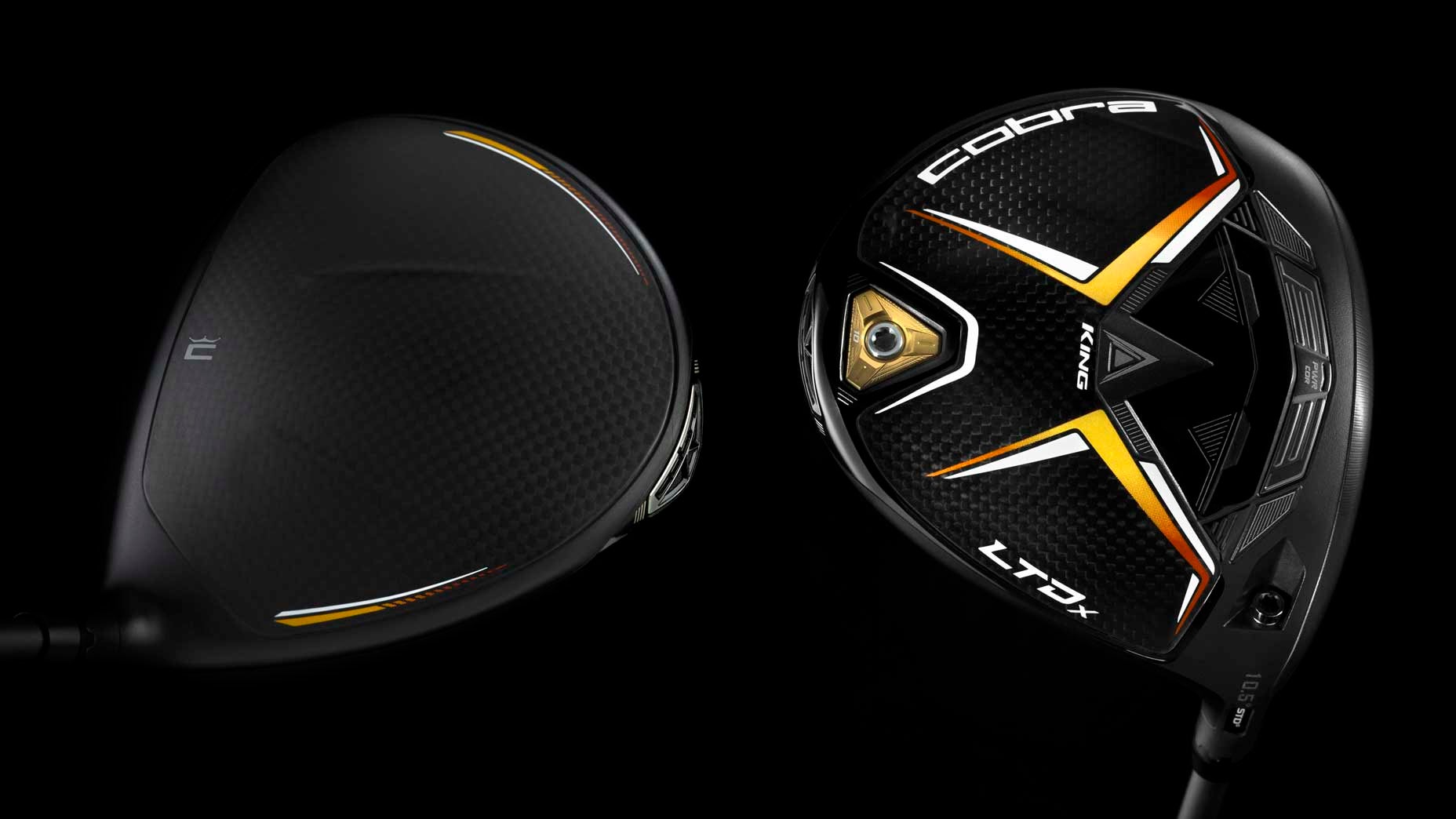 The drivers will be available for pre-order Jan. 19, and at retail Feb. 11, in two different colorways: black-gold fusion and peacoat blue-white.