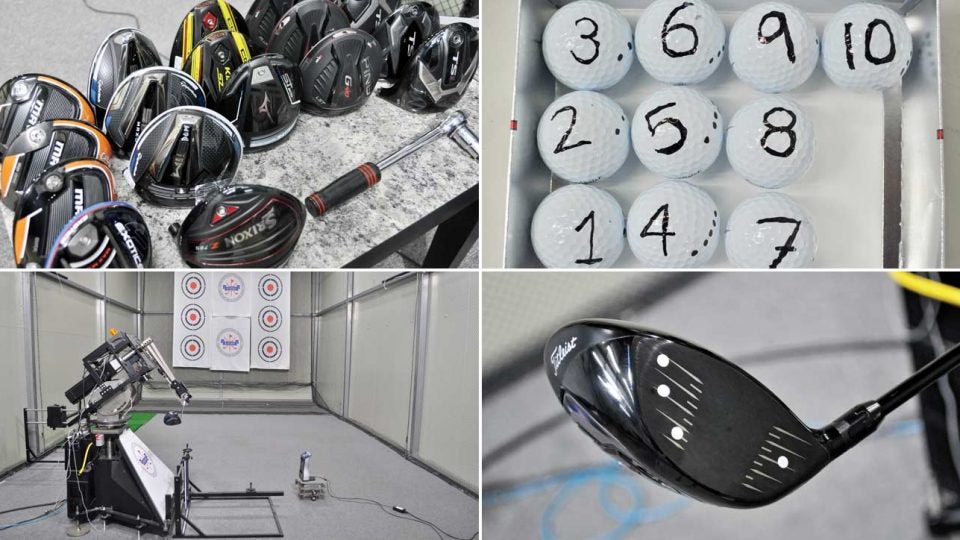 Read all about how we transformed ClubTest for 2020.
Jonathan Wall

The results from ClubTest 2020 will be released online in five installments by club type, beginning this week with drivers. Our tests and reviews for irons, fairway woods and hybrids, wedges, and putters will be unveiled in the coming weeks, but all can be found right now in the March issue of GOLF Magazine.

Michael Phelps is impossible to miss in a sea of middle-aged golfers pounding balls on the driving range. The 23-time Olympic gold medalist’s chiseled physique gives you the impression he could still lap anyone on the planet in a pool. But on this particular day, Phelps is grinding in a different arena in search of something that’s proved to be elusive in recent years for the G.O.A.T. — a reliable driver. Phelps recently shot a career-best 81 at Silverleaf Club in Scottsdale, Ariz. — site of player testing for GOLF’s 2020 ClubTest — using primarily a fairway wood and hybrid off the tee. The only hole he chose to pull a driver on boasted the “biggest runway” Silverleaf had to offer.

The thing is, Phelps wants to find a driver he can pound into oblivion with the utmost confidence. It’s the one thing holding him back from getting in the pocket of his buddies on a regular basis. 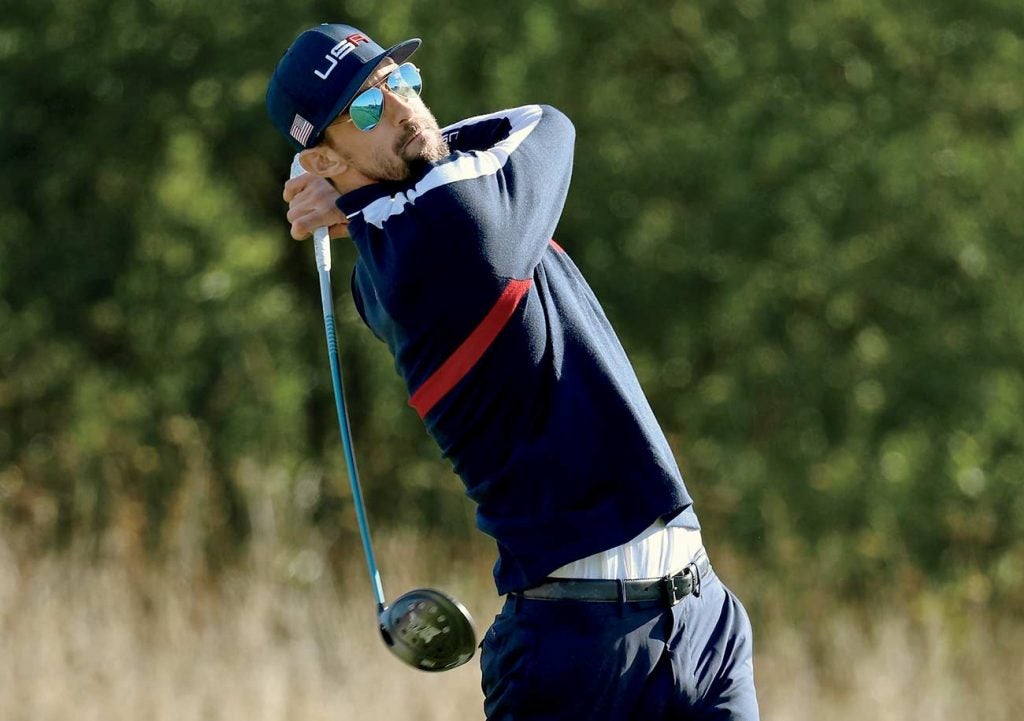 Michael Phelps plays a shot during the celebrity challenge match ahead of the 2018 Ryder Cup.
Getty Images

“I need something I can trust,” Phelps tells me during the time we spent together on the back end of Silverleaf’s pristine range. “My current driver isn’t going straight, so it’s a situation where I need to see what else is out there and find a better match.”

Over the years, our informative gear issue has provided readers with insights into what makes each product tick. It’s important to understand the design and technology behind a new driver or iron before determining if a product fits your game. But, admittedly, there was always one critical piece of the equation missing from our coverage.

But back to Phelps for a second. As he sizes up a myriad of drivers spread out before him on a table, he utters the one question I get from recreational golfers more than any other: “Which one is going to work for me?”

Herein lies the reason we reimagined GOLF’s 2020 ClubTest. From the moment I was hired to oversee GOLF’s equipment coverage at the tail end of 2018, we began the process of finding a more effective way to present our blowout equipment issue. The goal was to make our readers smarter while removing much of the anxiety that normally comes from staring at a massive rack of clubs. Truth is, every club is really good, yet some clubs do certain things better than others, and it’s important to highlight those attributes to give golfers a better idea of the clubs they should be taking into consideration when it comes time to test.

We believe there’s a benefit to having a golf robot and golfers evaluate how a product performs — a process most R&D teams employ during the creation of a new club. While a golfer can discern things about a product (how it looks, sounds and feels) that a robot simply cannot, there are advantages to having a machine offer insight into what’s truly happening from a club performance standpoint, which is why we partnered with our sister company, True Spec Golf, one of the industry leaders in premium clubfitting and custom club building for both recreational golfers and Tour professionals, and the Korea Institute for Golf and Sports (KIGOS) — a third-party, independent tester that’s funded by the South Korean government and part of a large-scale R&D program inside the 10-acre Incheon Techno Park — to put the clubs through their paces (photos, above). 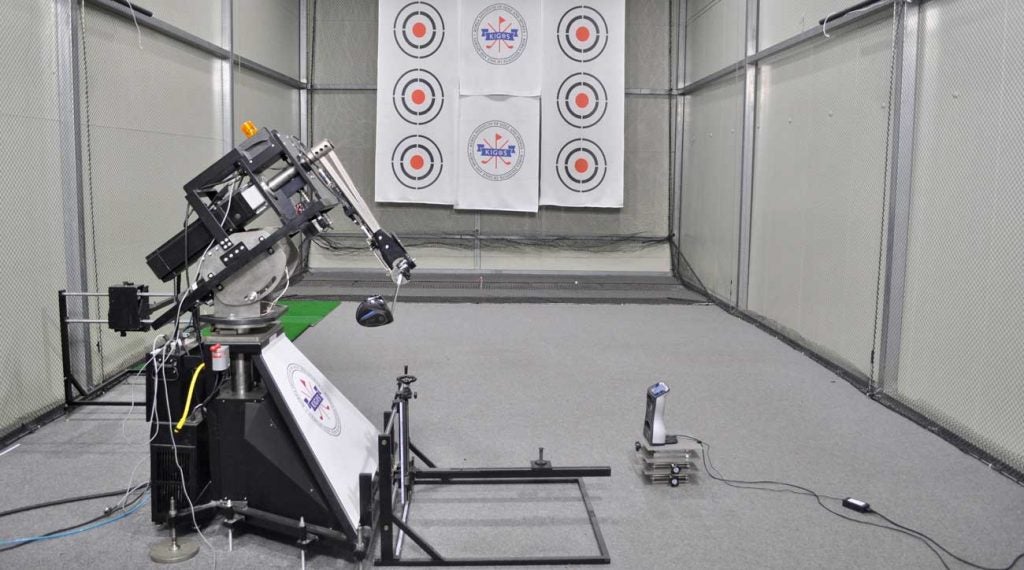 I had the privilege of observing Tim and Kim conduct driver testing in Korea and came away with invaluable insights on each product during the 10- to 12-hour days spent in KIGOS’s robot room, to say nothing of what the True Spec team gleans from the tens of thousands of fittings they perform for everyday golfers across the country. 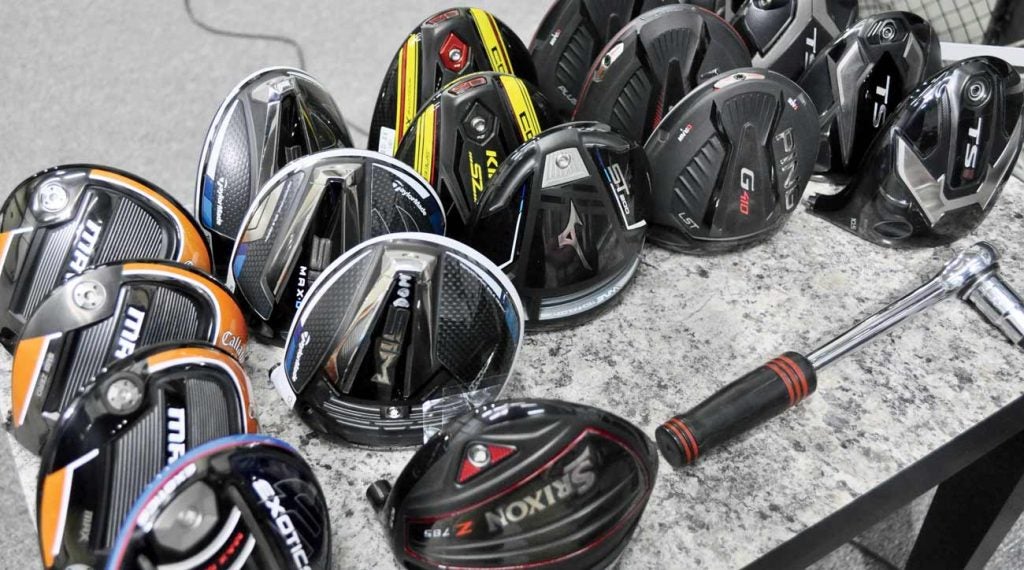 Testing varied depending on the club in question. Drivers were tested at two speeds (fast and mid) with a face mapped out to capture center, toe and heel strikes. With the help of Club Conex’s Uni-Fit system (an adapter system that allows for the same exact shaft piece to be used in multiple clubhead products without the need to rebuild the club each time a new combination is tested), the same shaft was used across all products — non-adjustable heads included — for each category of woods. A stiff-flex graphite shaft was used for the faster speed while a regular-flex assisted with mid-speed driver testing. Shots were struck both in the center of the face as well as the toe and heel, and shots were also struck with the face closed, square and open.

Fairway woods and hybrids were tested at a mid-speed with face mapping capturing shots from the center and toe.

Irons were placed in five categories depending on their performance attributes, but it’s important to note there were irons tested that could fit a wider range of handicaps and abilities. Tour irons were tested using the same extra-stiff steel shaft, and Player and Player Distance irons were tested using the same stiff-flex steel shaft at speeds corresponding to what’s typically seen from a low- to mid-single-digit handicapper. Game Improvement irons underwent testing with a regular-flex steel shaft while Super Game Improvement utilized a senior-flex graphite. 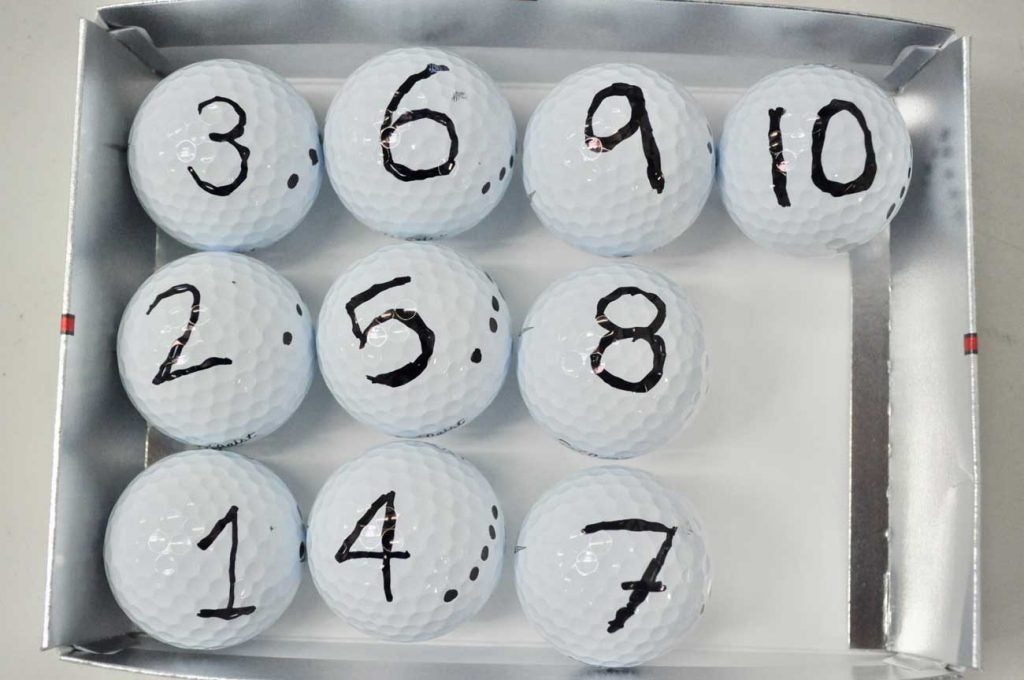 Some golf balls used in the tests.
Jonathan Wall

During robot testing, multiple shots were hit with each club under each test condition, and any false data output from the diagnostic tools were eliminated from the sample set. It’s also important to note the lie angle was adjusted for each product to guarantee a level playing field. More than 120 clubs were tested from 13 major brands. (Note: PXG and Honma were invited to ClubTest but either declined or were unable to provide products.)

In addition to robot testing, a weeklong player test at Silverleaf aimed to provide insight into what real golfers thought about each product. A total of 36 golfers of varied swing speeds, handicaps and competition levels (roughly 20 percent of testers were women) went through a rigorous two-plus hour testing process with a moderator present during every phase to gather feedback based on how the club looked, sounded, felt and performed. 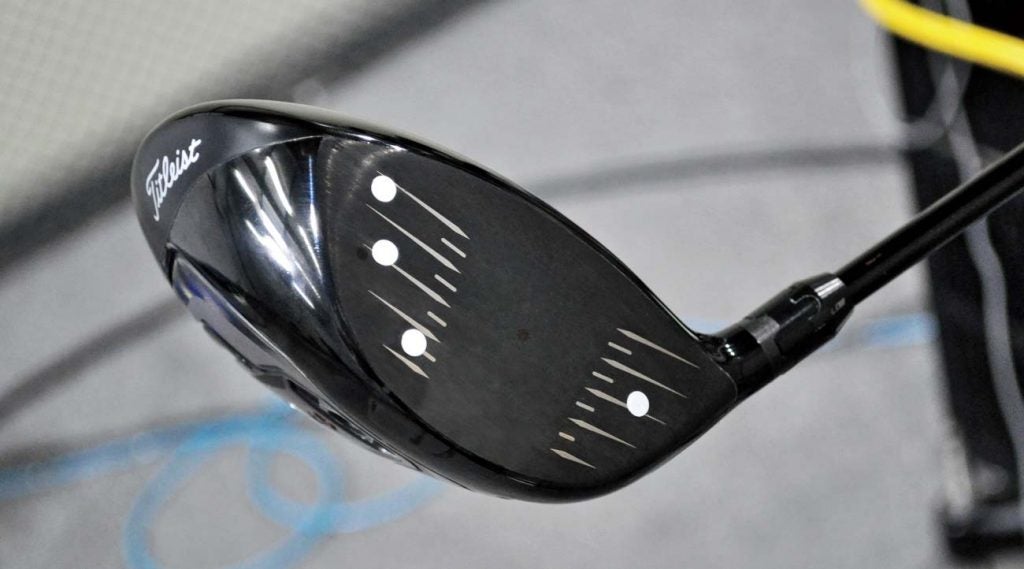 A driver involved in the testing process.
Jonathan Wall

It’s important to note that the goal of ClubTest isn’t to pick or award the “best” club. That being said, some clubs complement a certain type of player more than others. It’s our hope that you use this guide as an information tool as you set out on your next gear purchase. Once you find four or five clubs from a category with performance attributes that fit your strengths or squash your weaknesses, get a certified clubfitter involved to help you the rest of the way.

If you’re curious how Michael Phelps’s driver search played out, just know he left with four worthy options to test in his spare time, and thanks to what he learned in player testing, landed on a model that turned his high-spin slices into piercing bullets. If you’re part of his usual foursome, watch out. Now dig in and enjoy GOLF’s 2020 ClubTest.

True Spec Golf and GOLF.com are affiliates of 8AM Golf. 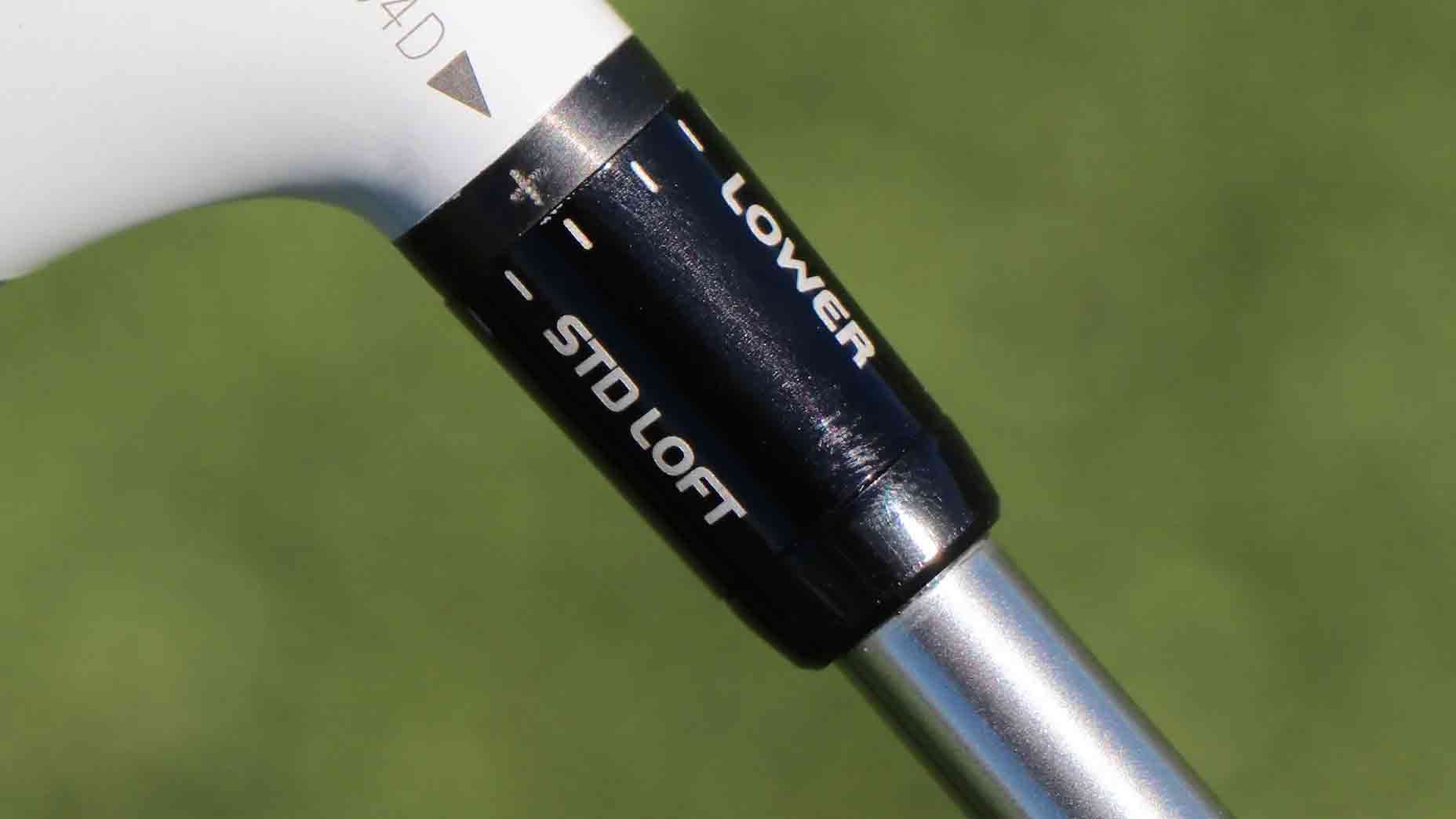 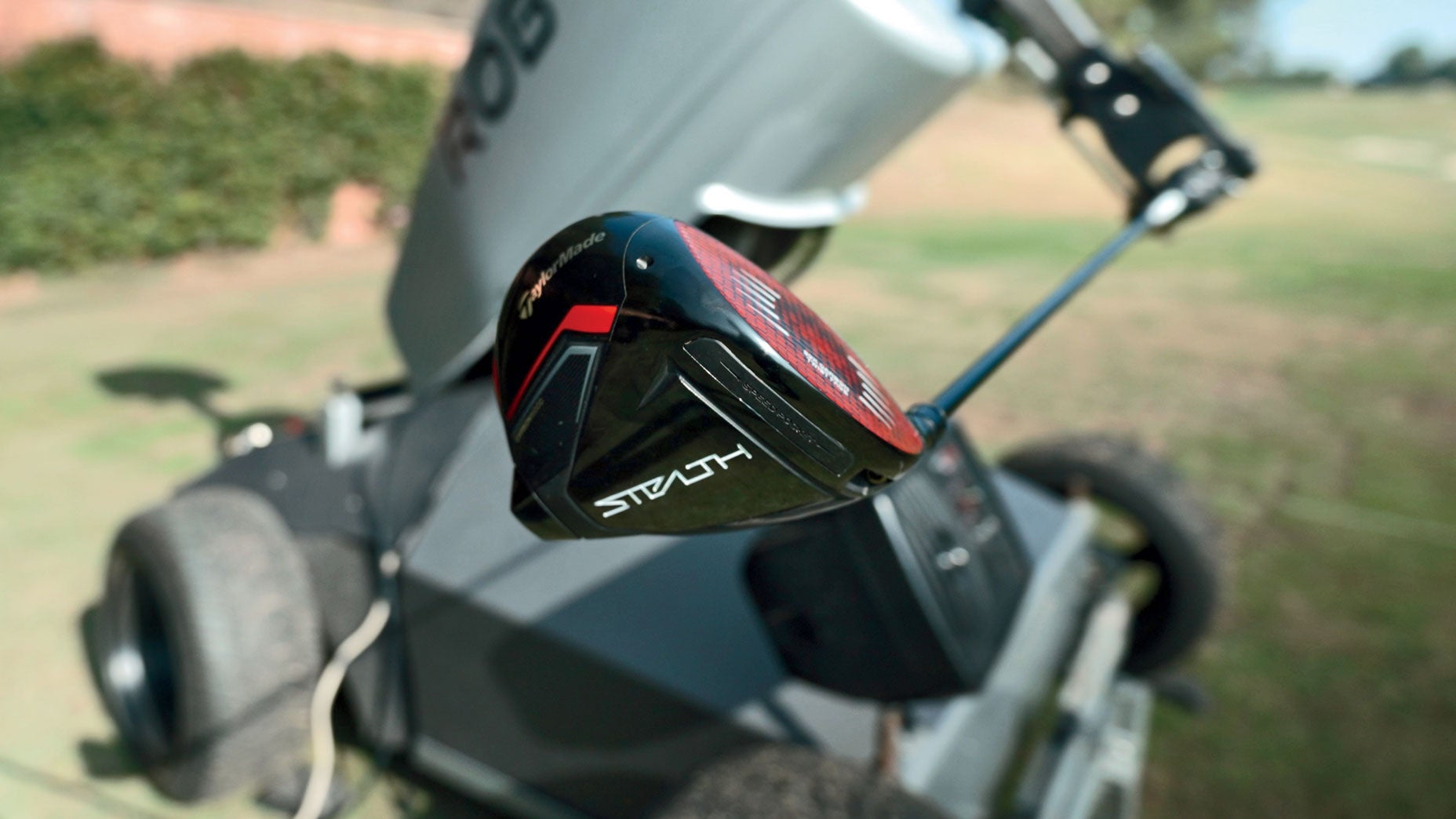 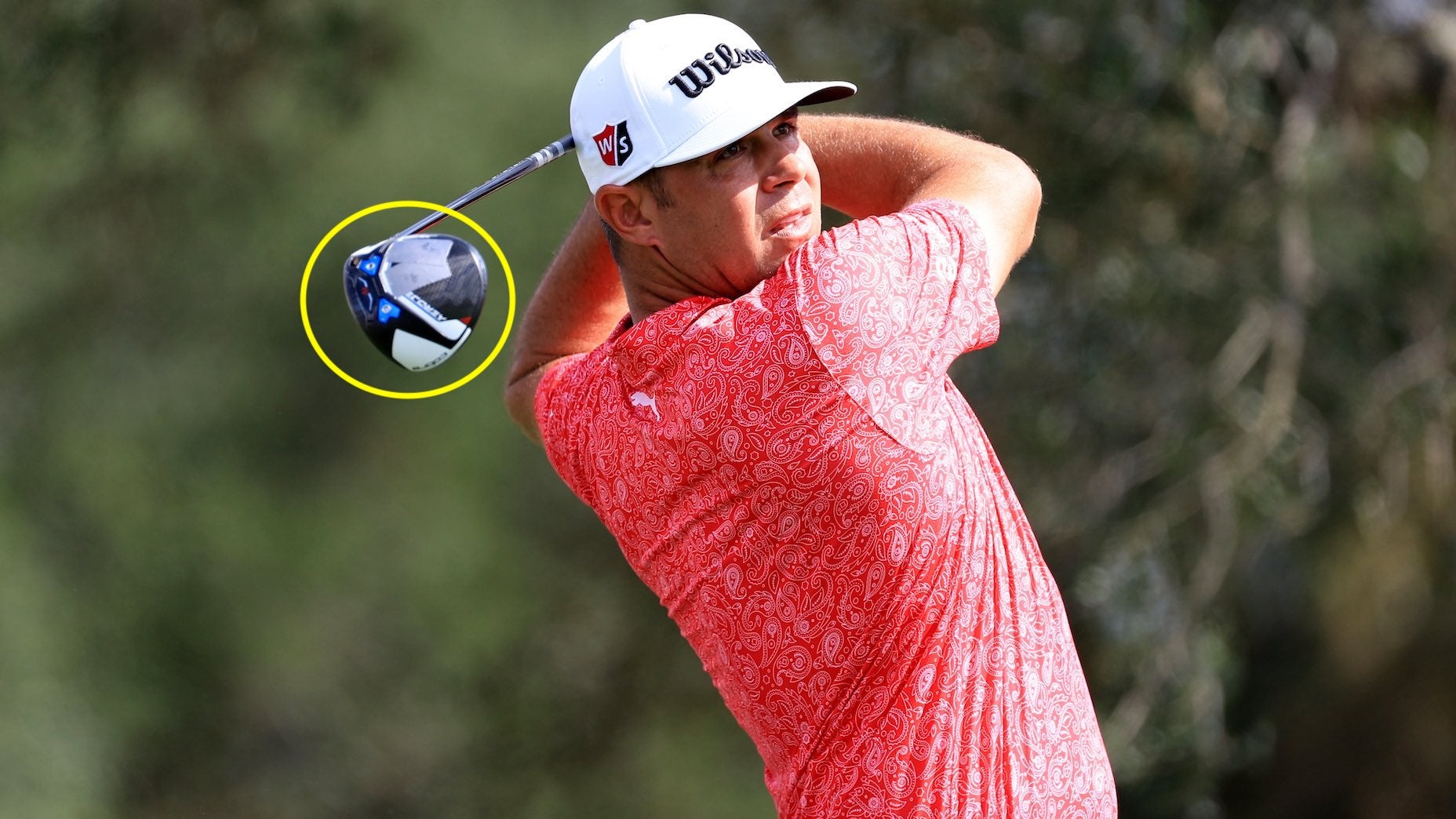 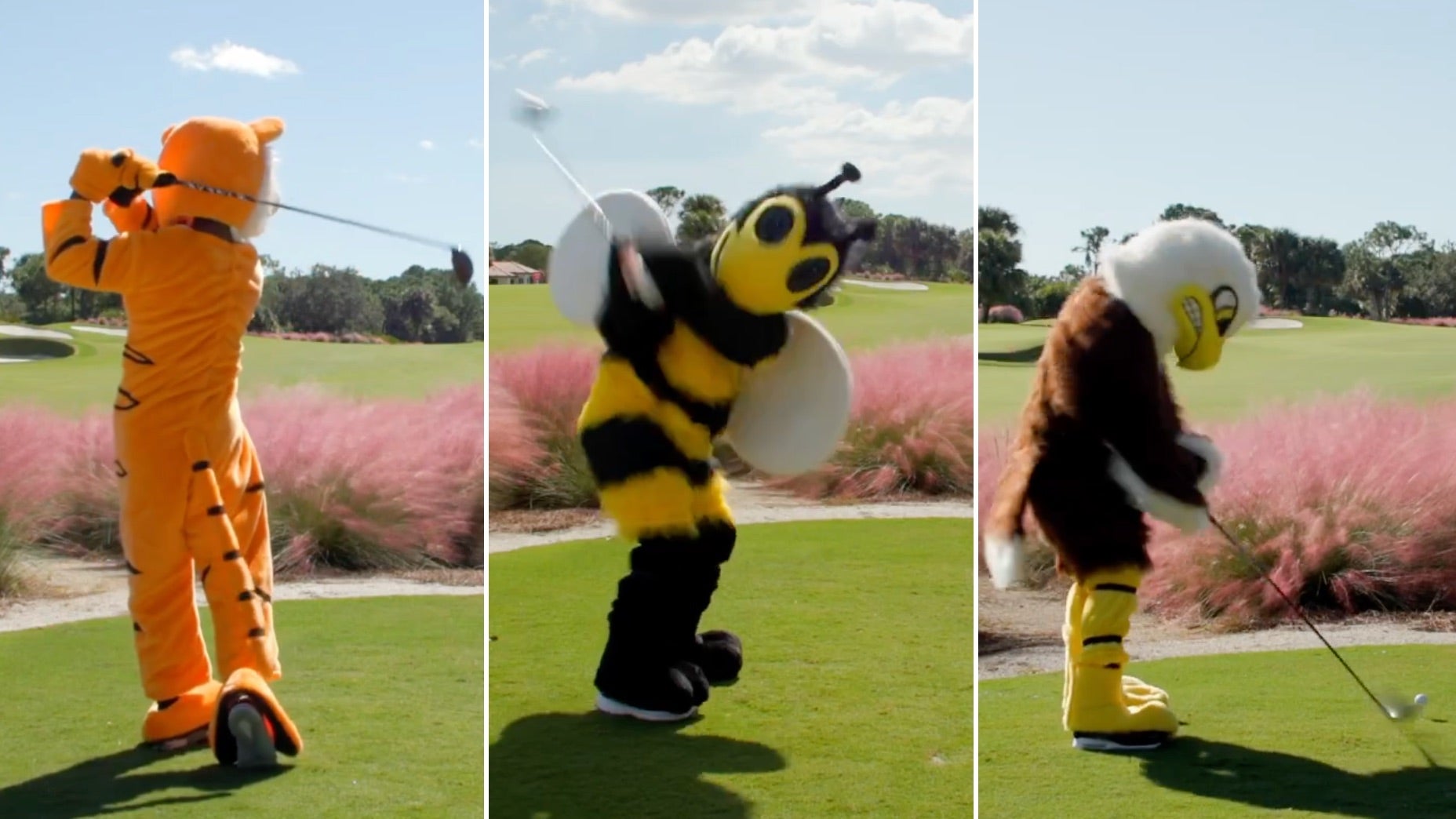