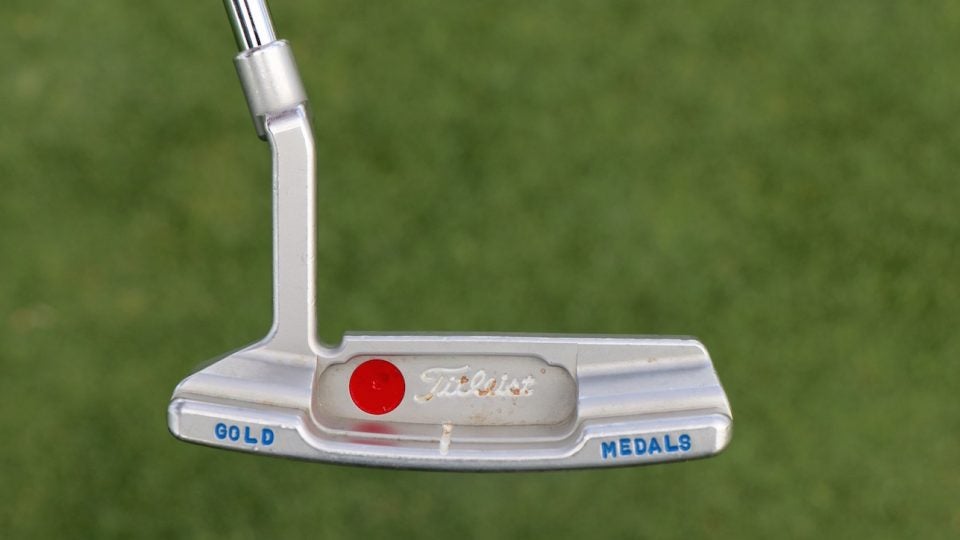 With 23 gold medals, Michael Phelps is the most decorated Olympian of all-time. He’s also an avid golfer, and since retiring from swimming in 2016, he now has plenty of time to play.

Phelps played in the 2020 Waste Management Phoenix Open Pro-Am on Wednesday, and prior to his tee time I went through his golf bag to inspect his gear. Here are the seven most interesting things I found. 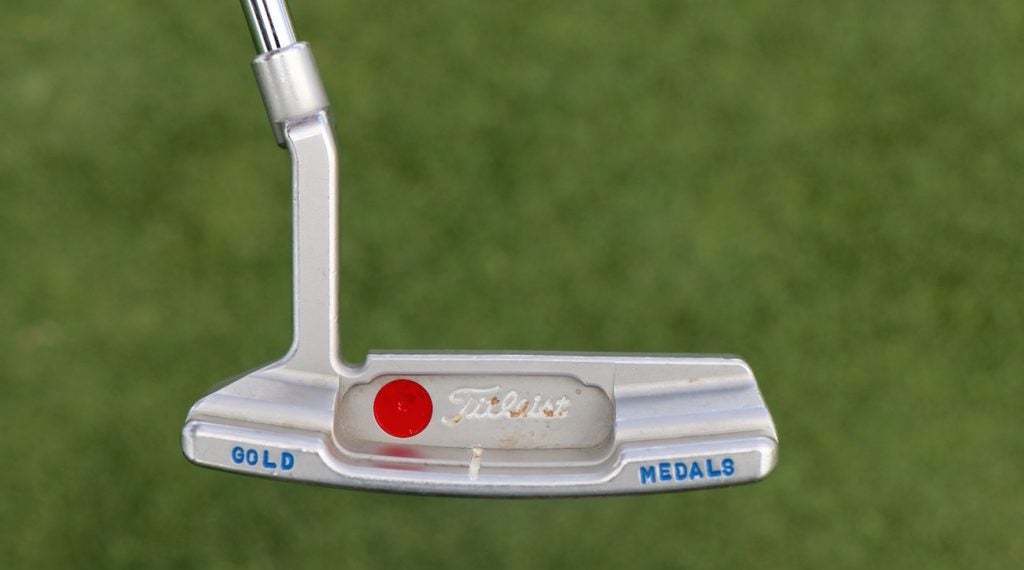 Boss move. When you have 23 Olympic gold medals, there’s really no other stamping to get.

Phelps’ Scotty Cameron Newport Timeless SSS custom putter has “Gold Medals” on the back bumpers and his initials on the face, with a red-white-and-blue Team USA color scheme. While this putter is clearly awesome, it might be getting replaced soon.

“I told Scotty I might need a putter with some more bling,” Phelps told me on Wednesday.

I think that means he wants more gold on his next flat stick. He’s certainly earned it.

2. Phelps doesn’t use a fairway wood 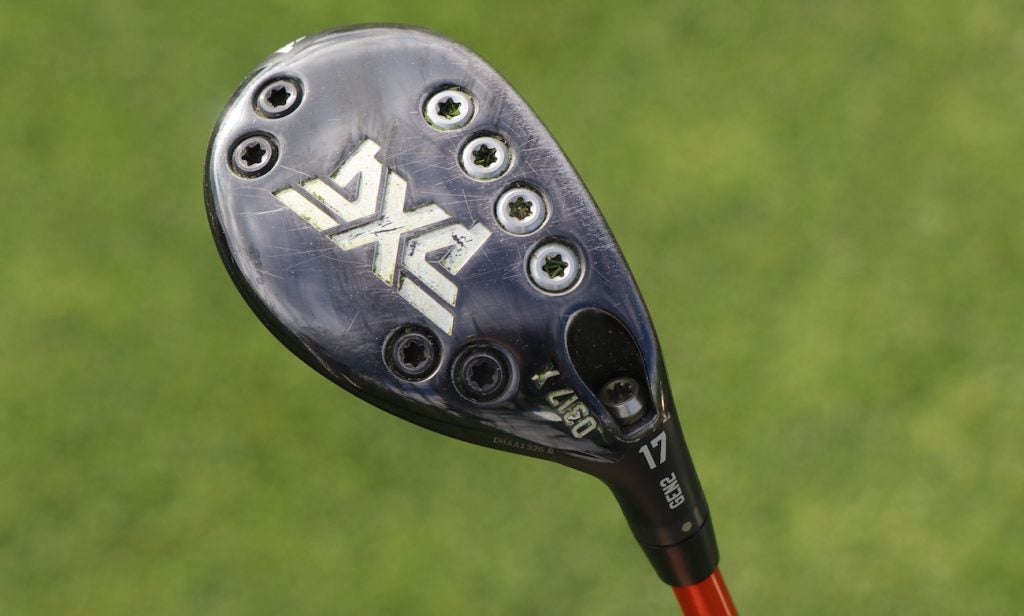 Phelps hits a long ball with his driver, but he doesn’t have a fairway wood. With his current setup, Phelps goes right from a 9-degree driver to a 17-degree hybrid. His PXG 0317X Gen2 hybrid is equipped with a Graphite Design Tour AD-DI 95X Hybrid shaft. 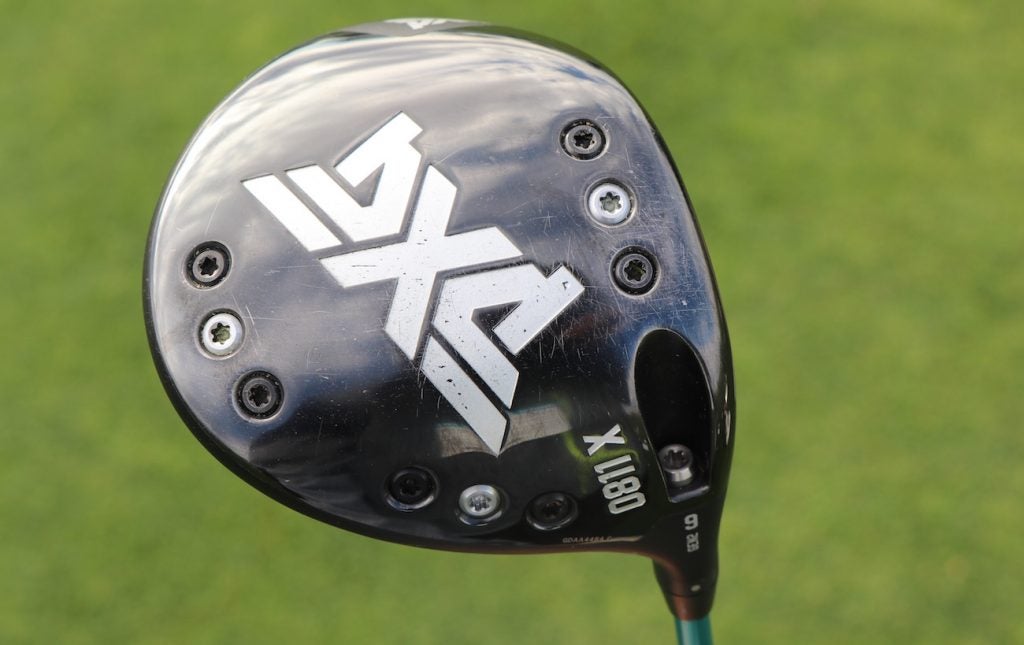 His driver is a PXG 0811X Gen2, equipped with a Graphite Design Tour AD-GP 8X shaft. That’s a big-boy shaft made with a stiff tip section for golfers with high swing speeds. Phelps swims fast and he swings fast, too. 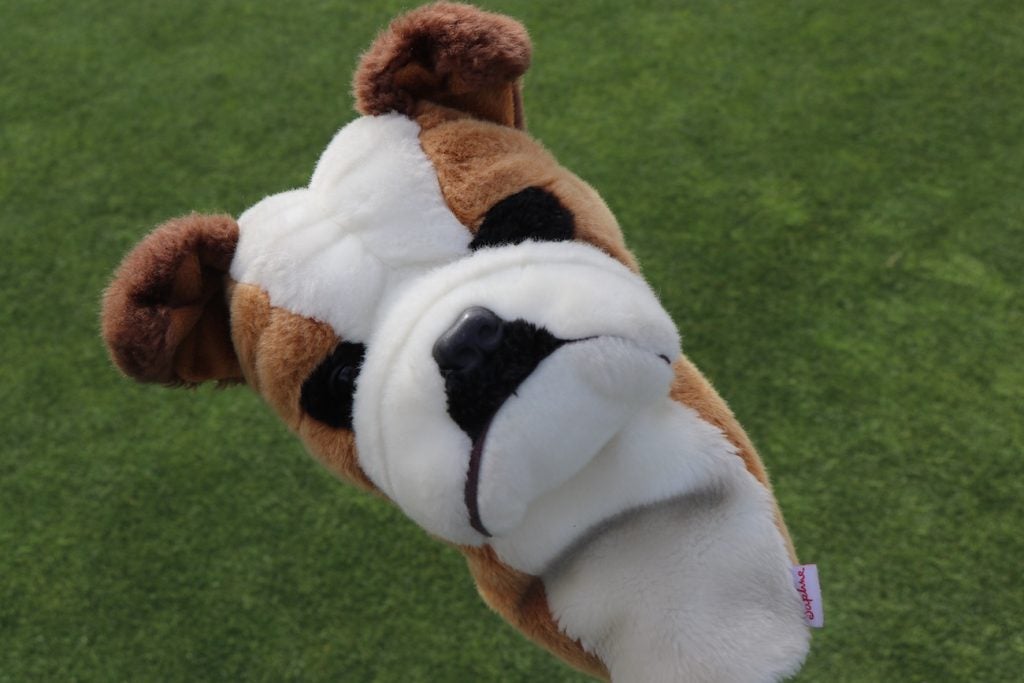 Phelps has a bulldog headcover on his driver, and he also has two real life French Bulldogs named Juno and Legend. Cuteness Warning: The pups have their own Instagram page.

4. His grips are huge 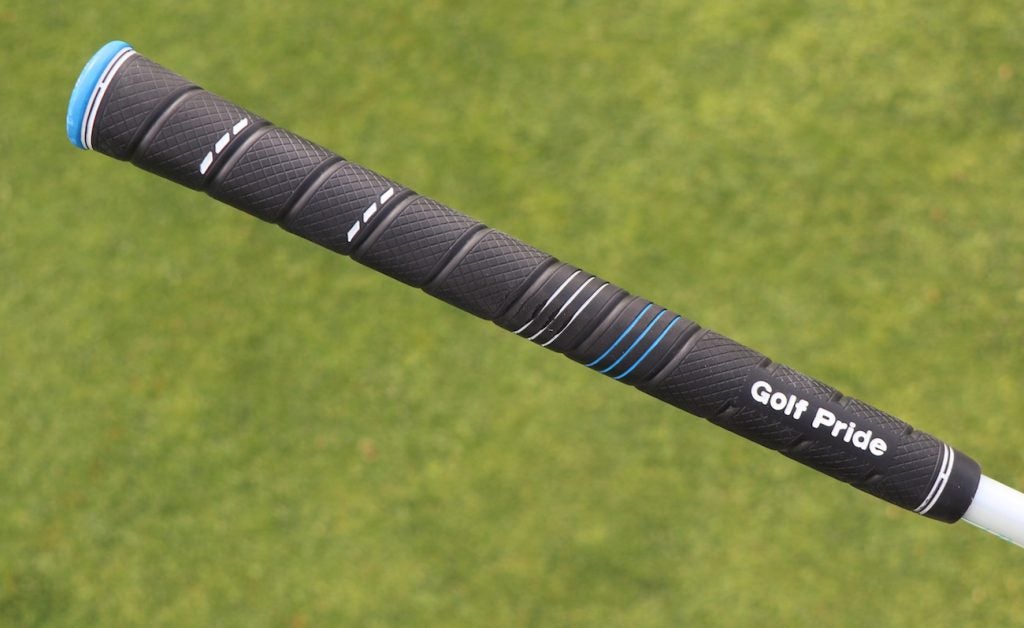 Standing at 6 feet, 4 inches, Phelps has big hands and uses big grips. All of his clubs are equipped with Golf Pride’s CP2 Wrap Jumbo grips that feel like you’re gripping a baseball bat. 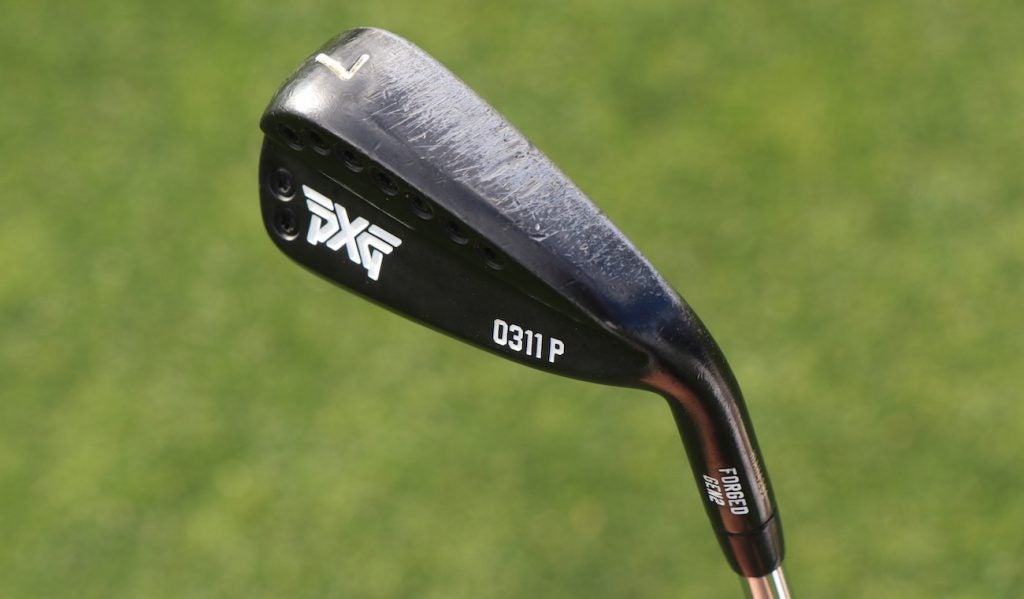 As a Paradise Valley, Ariz., resident, Phelps plays a lot of desert golf. Since he’s not a professional golfer, of course, he ends up in the desert on occasion, and he’s a “play it as it lies” type of golfer. Much respect, but the “Darkness” finish on his 0311 P irons is paying the price. 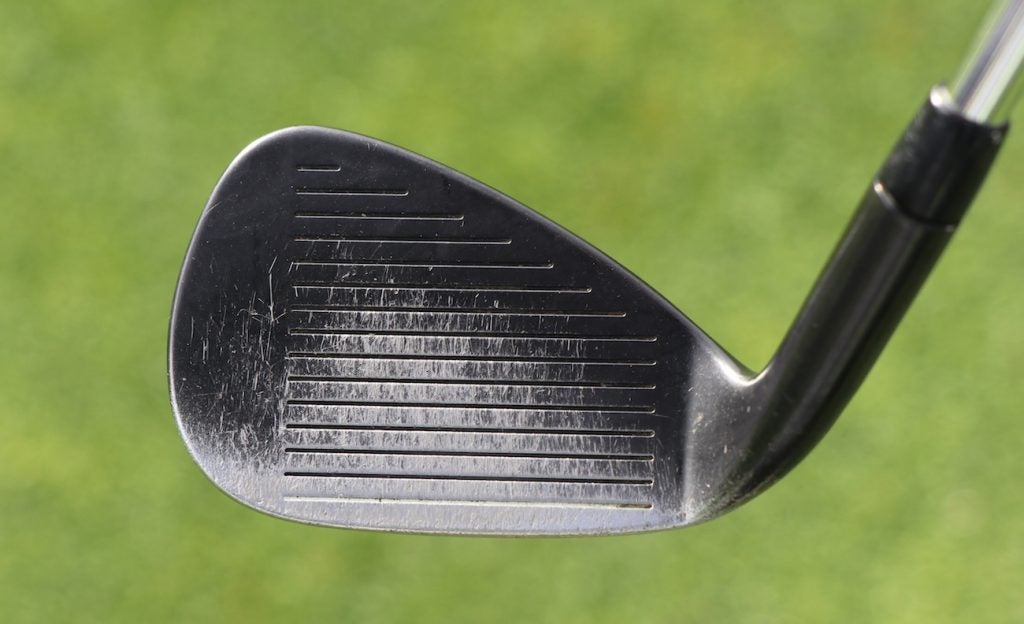 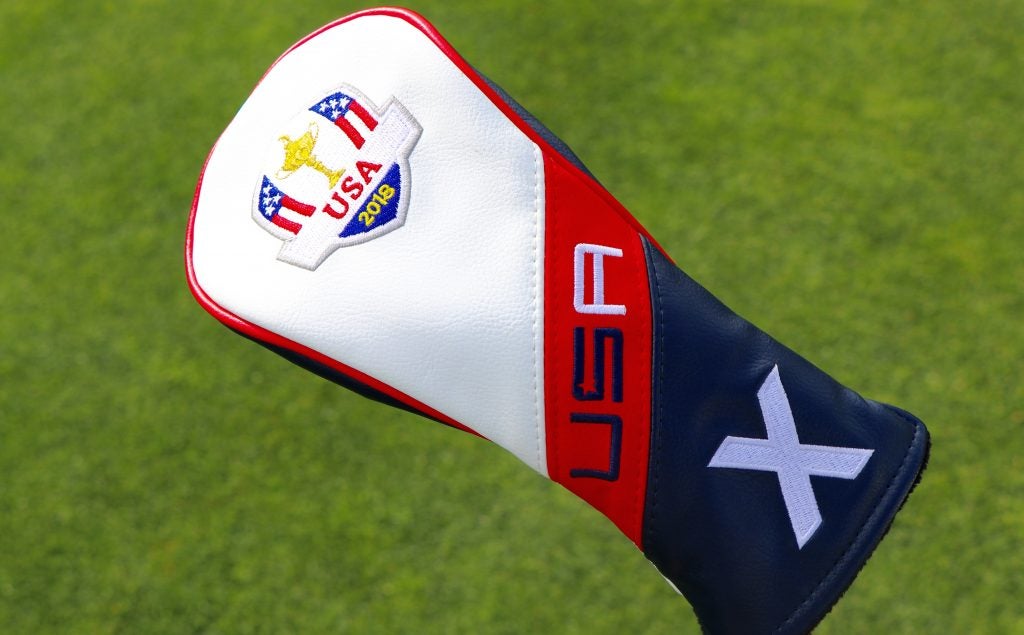 Phelps not only represented Team USA as a swimmer, but he also played in the 2018 Ryder Cup celebrity match for Team USA as a golfer. He still keeps a Team USA Ryder Cup headcover on his hybrid.