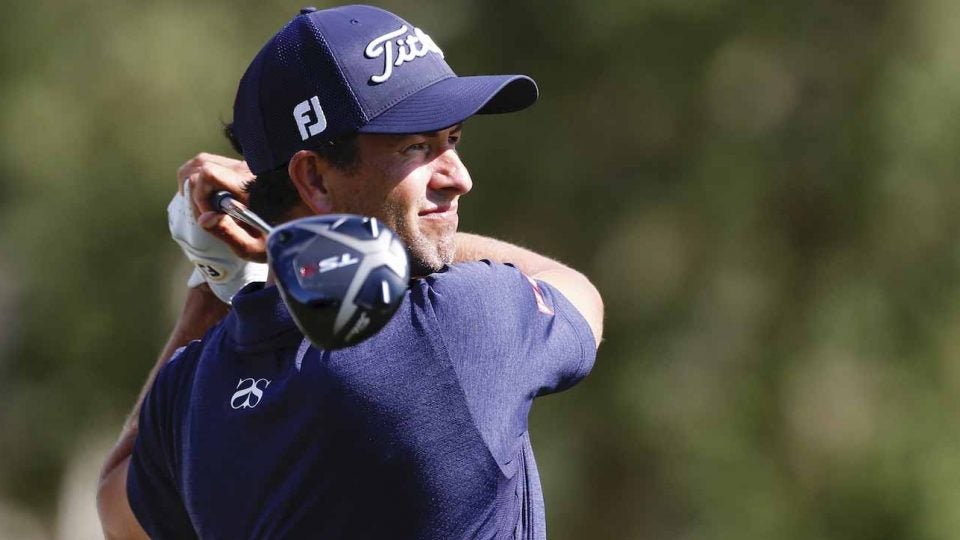 Adam Scott upped the loft on his Titleist TS3 driver after playing a practice round with Nick Watney.
Getty Images

Welcome to Wall-to-Wall Equipment, the Monday morning gear wrap-up in which GOLF equipment editor Jonathan Wall takes you through the latest trends, rumors and breaking news. This week’s notes are highlighted by gear changes for Adam Scott, Bryson DeChambeau, Collin Morikawa and more.

Adam Scott can thank Nick Watney for a recent change he made to his Titleist TS3 driver in advance of the Safeway Open. Playing a practice round with Watney in Napa, Scott noticed the five-time Tour winner was playing a driver with significantly more loft — 11.5 degrees, to be exact.

According to Titleist Tour rep J.J. VanWezenbeeck, Scott put Watney’s driver in the address position and found the look to be to his liking. After testing the driver on the range, Scott realized the performance benefits warranted a change in setups.

Along with going up two degrees in loft to 11.5 degrees, Scott also changed the SureFit setting from A1 to B1, which happens to be the same head setup as Watney’s. The only difference is Scott chose to stick with the same Graphite Design Tour AD-DI 8X shaft that he had previously.

As you’d expect, there’s a dearth of players using 11.5-degree drivers on the PGA Tour. Titleist confirmed just three players in the Safeway field were using drivers with that much loft. Scott ranked T17 in driving distance with his new setup, averaging 309.9 yards off the tee, en route to a 17th-place showing.

As for Watney, he finished just ahead of Scott in a tie for 10th.

For the last 7 weeks, Collin Morikawa has been busy working on finding a replacement for Titleist’s Pro V1x golf ball. The search began with TaylorMade’s TP5 golf ball, but the overall soft feel left him wanting something firmer and more responsive off the face. He wound up finding the perfect in the slightly firmer TP5x.

“The TP5x was an immediate hit for him,” said Ryan Ressa, TaylorMade’s manager of product development. “The biggest thing for him is the feel coming off the face. He’s incredibly sensitive to how it feels at impact and putting and chipping.”

Working with Ressa, Morikawa was able to gain 5-7 yards in the air — with his 4- through 8-iron — while dropping roughly 700-800 RPMs of spin at the same time. For a high-spin player like Morikawa, the combination was something he fully embraced from the get-go.

“He’s still able to work the ball, but it doesn’t get away from him at times,” Ressa said. “He’s so consistent with what he does. I think this golf ball thing is going to be good for him.”

Bryson DeChambeau’s hunt for an ideal wedge setup led him to try something you almost never see on the PGA Tour: graphite-shafted scoring clubs. DeChambeau started working with John Oldenburg, LA Golf’s chief product officer, in May to create a shaft that provided consistency along with a “particular combination of launch angle and spin on full shots, along with the ability to control launch and spin on finesse shots”.

At the time Bryson underwent testing in May with a couple LA Golf prototypes, he had recently transitioned from True Temper’s Dynamic Gold S400 to the ultra-stiff X7 and was noticing better results with the beefier product.

“The first ‘Rebar’ shaft he tested was a 7-iron shaft he tried in another test session with Cobra about 2 weeks ago and really liked it,” Oldenburg said. “Because he has recently been struggling with his wedge game, struggling to get the consistency he wants, he asked that we produce a wedge shaft version of the ‘Rebar’ shaft.

“Based on these results, his thinking was that if he went even stiffer than his current X7, maybe the results/numbers would improve even further. Bryson asked if we could make him a shaft out of graphite that was stiffer than the True Temper Dynamic Gold X7 that he was gaming.  The answer to him was absolutely.”

A wedge shaft was designed for DeChambeau that was as “stiff as rebar,” without adding any additional weight. The wedge shaft is a full flex stiffer than Dynamic Gold X7, but only weighs 120 grams, more than 10 grams lighter than the steel product.

“They are also considerably stiffer in the tip, and are even a bit lower in torque than the X7,” Oldenburg said. “I believe the testing with the wedges has gone very well.  The last message I got from Bryson after his practice rounds, was ‘make them all!’, and he put them in play yesterday and had a very good round. So, the plan is to work him into a full set of graphite by the end of the year. Guess I’ve got some work to do.”

If DeChambeau were to eventually use a full set of LA Golf “Rebar” prototype shafts, he’d likely be the first player in Tour history to play with 14 graphite shafts in his bag.

JT and Pat switch it up

Justin Thomas and Patrick Cantlay were busy during the brief offseason. Both players chose to make significant changes to their equipment setups in advance of the Safeway Open. Thomas finally replaced his Titleist 718 MB irons, after two years, with 620 MB (5-9), and traded in his Vokey Design SM6 60T lob wedge for the SM7 version.

Cantlay, who rarely changes gear, worked his way into a set of Titleist T100 irons (4-PW) with True Temper Dynamic Gold Tour Issue 120 shafts, a change from the lighter XP 115’s he was using recently. He also added a TS3 driver (Mitsubishi Diamana BF60 shaft) — a BF70 shaft can be found in his 3-wood as well — and two Vokey Design SM7 wedges (540-10S and 56-08M degrees) to round out the set.

Justin Rose changed up the shaft in his Axis1 Rose Proto putter, replacing the chrome version with black model at the Dunhill Links Championship. Rose, as you’ll recall, used a black shaft in his TaylorMade putter before switching over to Axis1 at the start of 2019. The dark PVD finish reduces glare and gives Rose a look he’s familiar seeing at address. The shaft is made by Femco Steel Technology (FST), the same company who produces KBS’s CT Tour putter shaft. 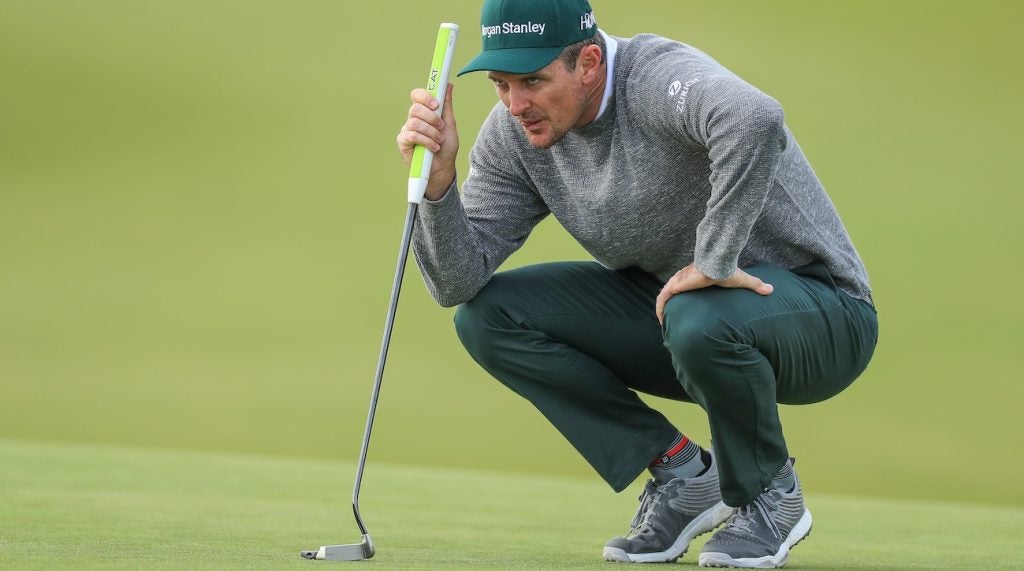 Justin Rose made a subtle change to the shaft in his Axis1 putter.
Getty Images

A reliable fairway wood will always have a spot in the bag. Just ask Maverick McNealy. The current Callaway staffer continues to employ a Nike VR_S Covert 3-wood from his days at Stanford when had a full bag of Swoosh-designed gear.

Released in 2013, the VR_S Covert sole was unlike anything in the market at that time and featured a redesigned cavity-back with Fly-Brace technology that tied the sole and crown together to stabilize the rear section of the head.

Maverick McNealy's still rolling with Nike's VR_S Covert fairway metal. Gonna go out on a limb and say he's the only guy on Tour using it. Love it. pic.twitter.com/EmY0HdDgib

“[Fairway woods] are very individual, which is why they’re so tough to replace when you have a good one,” Rory McIlroy once told me.

It wouldn’t be a new PGA Tour season without Hideki Matsuyama tweaking at least one piece of gear in his bag. Matsuyama tested out Mitsubishi’s Tensei AV Series Blue prototype shaft and chose to give it a spin in his TaylorMade M5 driver in Napa. The shaft is highlighted by a new Aluminum Vapor design in the upper section that reduces ovaling and stiffens the handle for a lower launch with reduced spin. 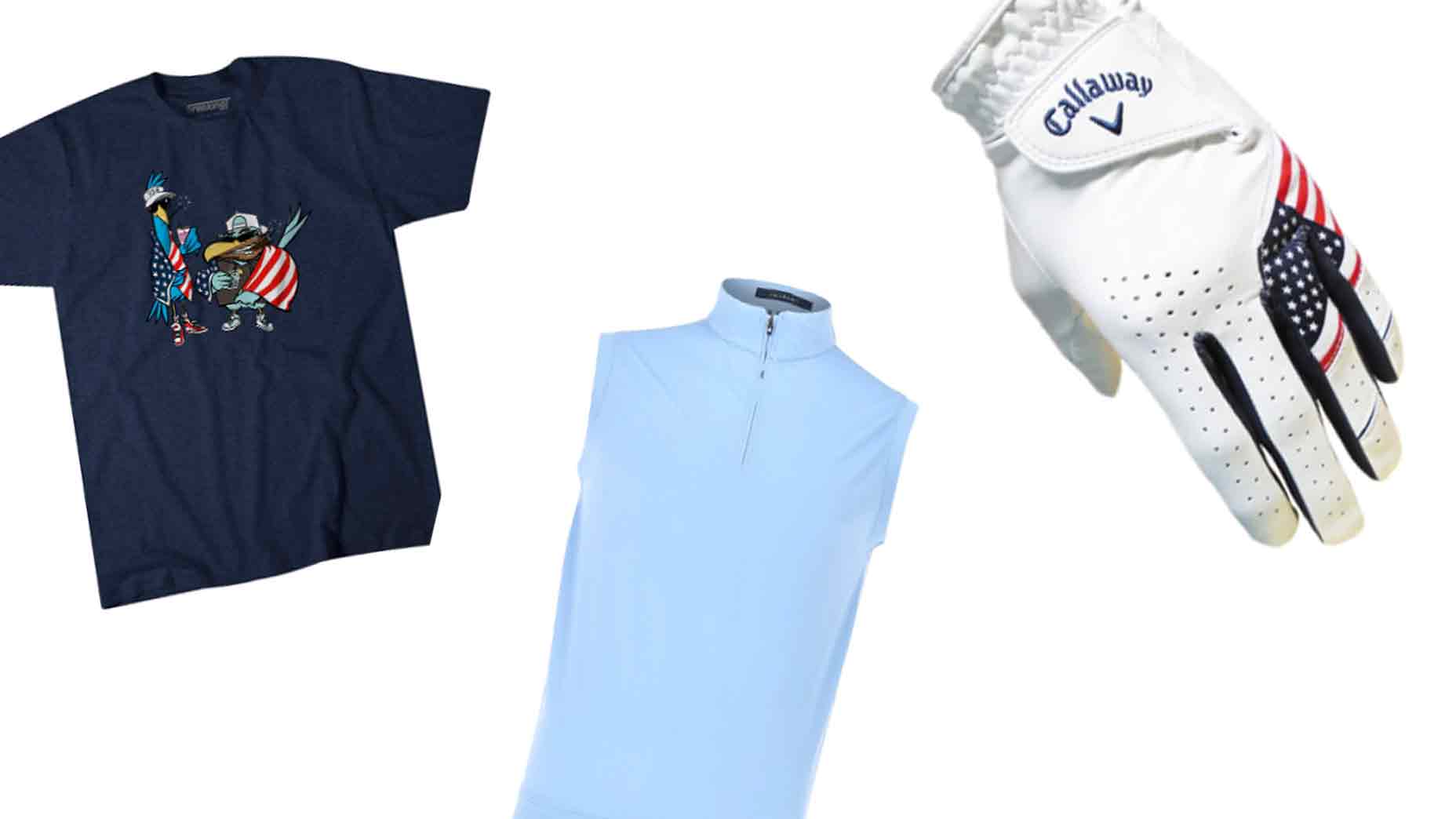 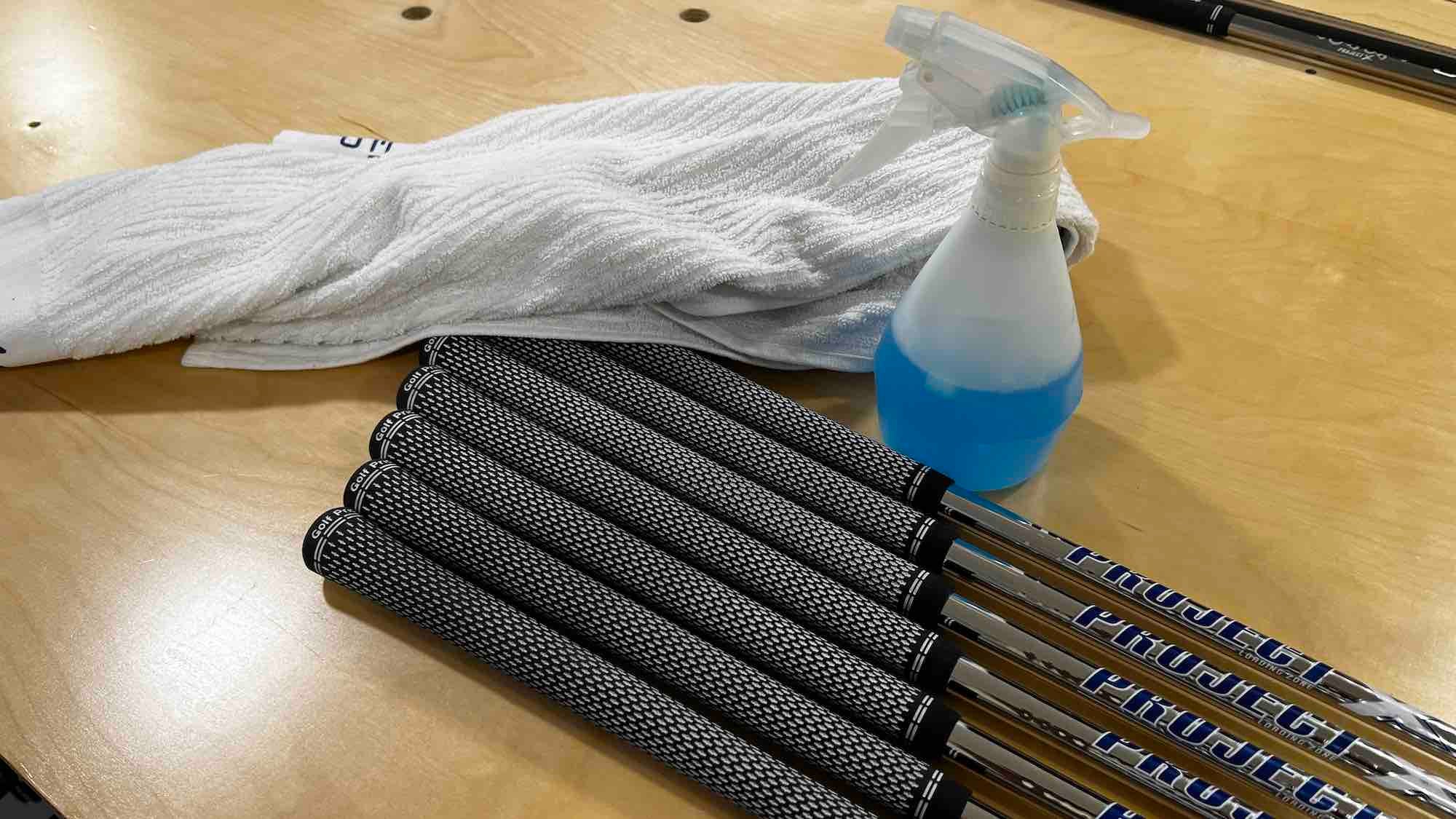 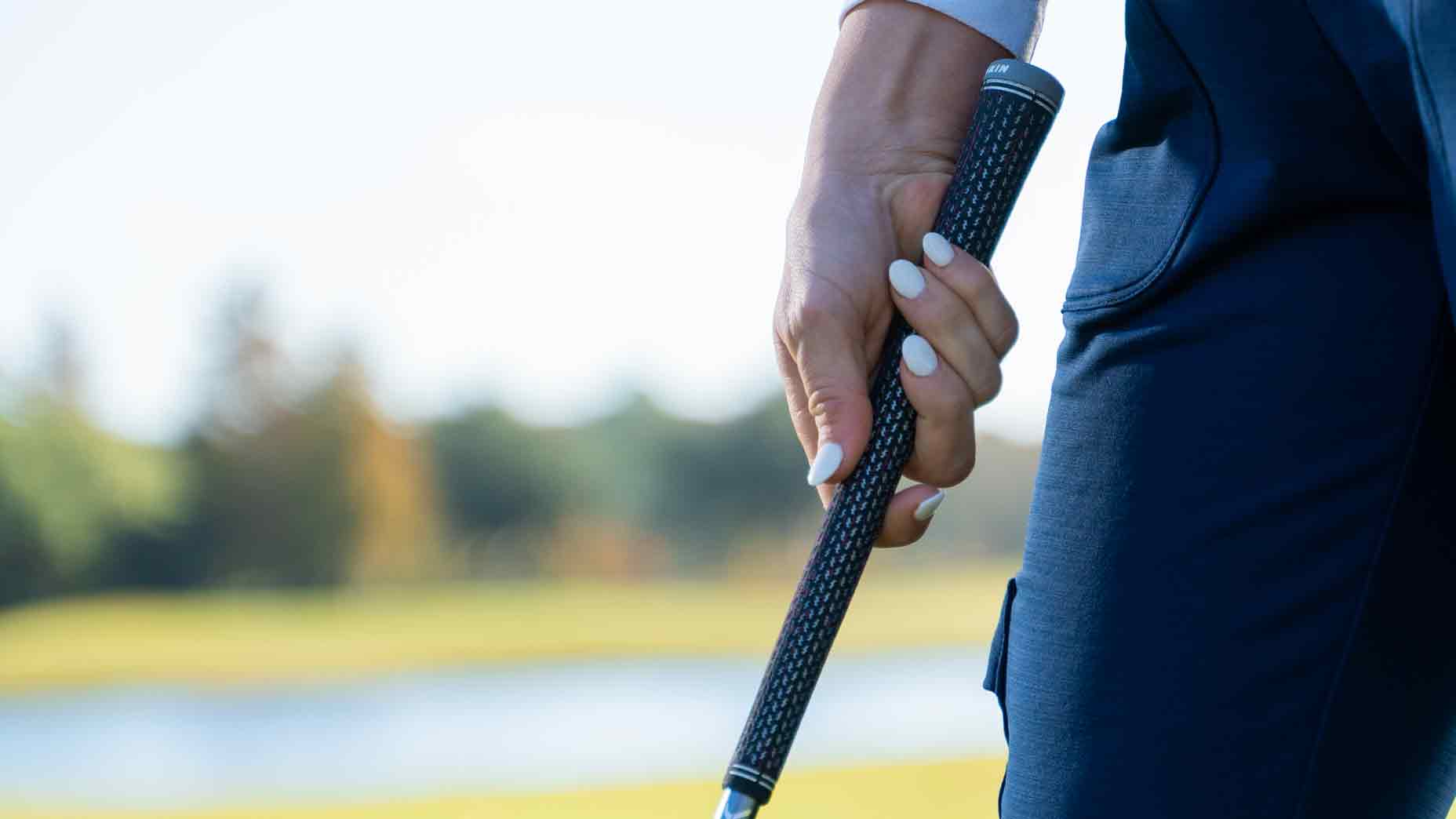 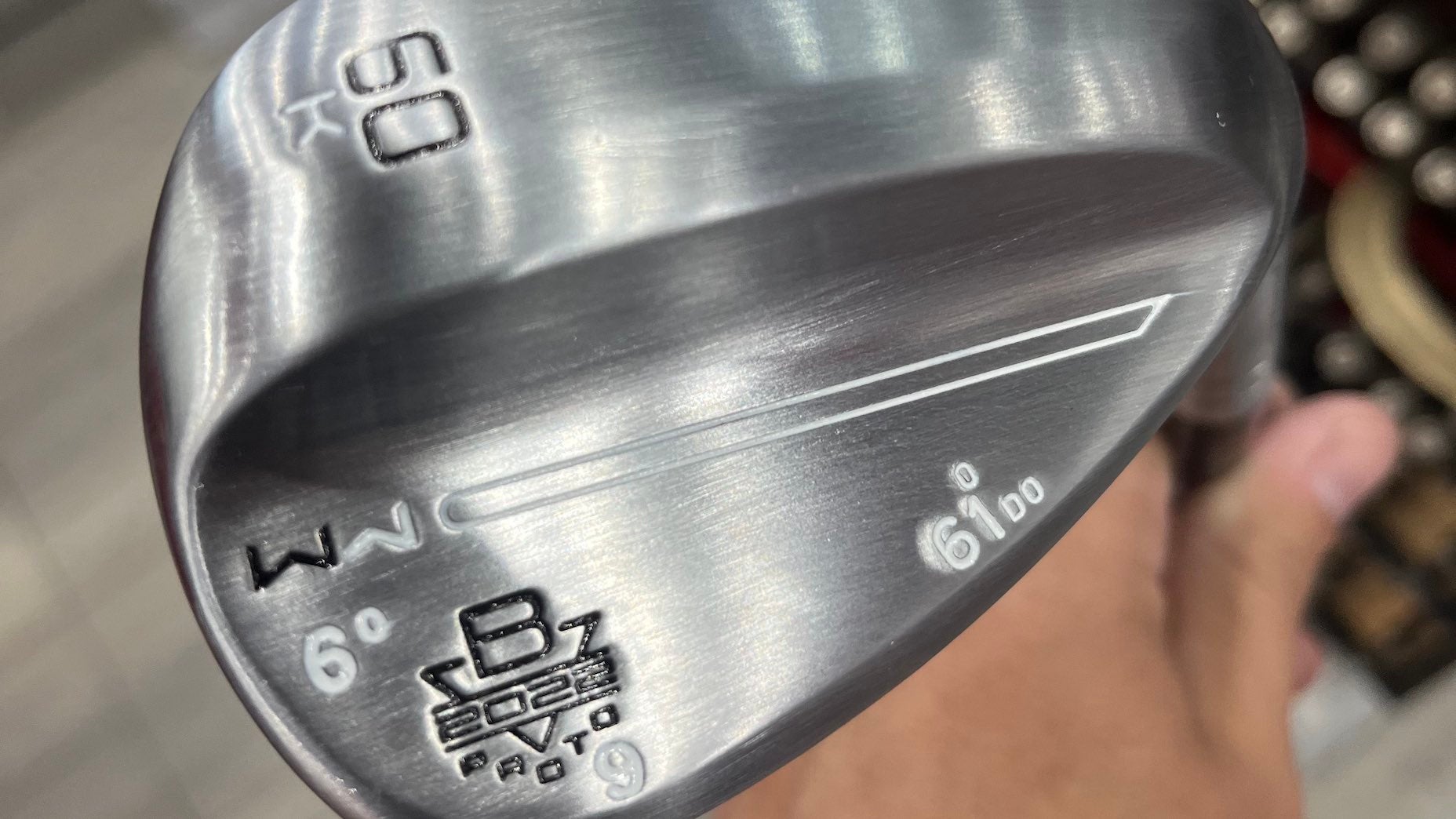