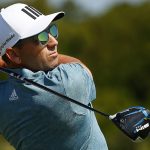 Sergio Garcia, at just 19 years old, scissor-kicked his way into golf fans’ hearts at the 1999 PGA Championship in a duel with Tiger Woods. That was before the days of 460cc drivers, portable launch monitors and solid-core golf balls.

The golf equipment landscape has changed drastically since then, and Garcia, the 2017 Masters champion, has proven his game translates into the modern era. Although the now-41-year-old still calls himself a “feel player,” and says he longs for the creativity-inducing golf ball designs of old, he’s learned to use launch monitor data during his gear testing sessions to complement and confirm his feels.

He turned professional in 1999 and was a Titleist staffer for his beginning years on Tour. He then signed with TaylorMade in 2003, and that relationship lasted until the end of 2017, after which he signed with Callaway. Following a two-year stint with Callaway, he played on Tour as an equipment free agent, meaning he could play his choice of 14 clubs and a golf ball without a contract. Then, two days prior to the start of the 2021 PGA Championship, Garcia announced that he signed a multi-year agreement to play TaylorMade equipment once again.

In an exclusive interview with GOLF.com’s Fully Equipped podcast, Garcia explained why he returned home to TaylorMade. He also discussed various other gear topics, including why he plays with cavity-back irons, how he uses launch monitor data, why the 90s was his favorite equipment era, the importance of choosing the right golf ball, and much more.

Below are the 4 biggest takeaways from Garcia’s gear-focused interview, and what you can learn for your own game.

1) Golf ball is number one

Getting fit for equipment isn’t all about clubs and shafts. Choosing the right golf ball also plays an important role. For Garcia, a distinguished ball striker, he says the golf ball is actually the top factor for him when it comes to gear.

Garcia, who switched to TaylorMade’s 2021 TP5x at this year’s Sentry Tournament of Champions, says he likes that model for its performance in the wind and improved greenside spin.

Fitter Tip: Since every golfer has a different swing, and thus different needs from their golf ball, conducting your own ball testing is crucial. Not sure how to go about the process? Try Garcia’s green-to-tee approach:

Garcia starts by looking at feel and sound off the putter, and makes sure he can hit all the different wedge shots in his arsenal around the greens. He’ll then move back to 30-60 yards, and then onto 120-130 yards, monitoring consistency. When he eventually gets to the driver, he makes sure that he’s optimizing spin rate for distance on a launch monitor; Garcia says a ball that spins too much off the tee could cost him up to 15 yards of distance, so keep an eye on spin rate with your fitter.

Garcia is so perceptive with equipment that TaylorMade tour rep Adrian Rietveld calls him his go-to tester for new designs. That doesn’t mean Garcia ignores launch data entirely, though. He says he focuses on feel during the swing and references launch monitor data to get feedback on how the golf ball flies.

The parameters that Garcia looks at on a launch monitor are limited to launch angle, spin rate, carry distance and spin axis.

“I don’t get into too much of the other stuff because I don’t want it to be too much in my head,” Garcia says. “I don’t want to lose that feel of what has made me the kind of player that I am.”

Fitter Tip: For everyday golfers, don’t let launch monitor data overtake your ultimate goal, which is to shoot lower scores. Professional club fitters are experts in the numbers, so work with them to help get your equipment dialed in, and that will free you up to focus on your feels.

3) Play what works for you

With an opportunity as an equipment free agent to play any gear he wanted, Garcia found most comfort returning to TaylorMade gear.

“I’ve been a free agent for just about a year and a half, and I’ve been able to play whatever I wanted,” Garcia said. “And, funny enough, I ended up with playing the TaylorMade ball and about 11 or 12 TaylorMade clubs. I ended up going back to where I’ve been the most comfortable throughout my career, which was playing with TaylorMade.”

Fitter Tip: Testing new equipment and experimenting with different designs is an important part of the improvement process, but when things aren’t going well, don’t be afraid to use clubs that you know have worked in the past. There’s freedom in having comfort in your equipment. When asked what period of golf equipment he prefers – the old times of persimmon, the late 90s, or the modern era – Garcia sided with creativity.

“I mean, obviously I didn’t play persimmon that long because I was too young,” Garcia said. “I’m not going to lie, I liked the 90s and very early 2000s because I felt like if you were a creator, if you were a guy with imagination, you could do a lot more with the golf ball than you can now…the ball was going shorter, but it was also spraying a little bit more than it does now, so you had to think your way around and you had to use your ability a lot more.”

Due to advancements in golf ball design, such as solid cores, cover technologies, multi-layers and aerodynamic improvements, golf balls fly straighter and farther than ever before.

Fitter Tip: For amateurs, the simple takeaway here is to make sure you’re using updated golf ball technology. Despite his nostalgia for the past, even Garcia uses a golf ball made in 2021. It may not hook or draw as much as a ball would in the 1990s, but that’s the point! Take advantage of better technology to shoot better scores.