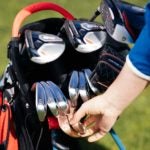 A full bag fitting can make a major difference for all golfers, but perhaps none more than competitive junior players.

Young players can benefit from a clubfitting every bit as much as fully-grown golfers, perhaps even more so. But you’ll get way more out of the fitting if you know what factors to take into consideration. We asked Tim Briand, director of fitting and sales of True Spec (which, like GOLF.com, is operated by 8AM Golf), for his advice on how your up-and-comer can get the most out of his or her fitting.

“The first time you get fit, you should get fitted for everything. The difference between a full-bag fitting and just an iron fitting is $150. For a junior, it can be less. There’s not a huge disparity between looking at everything in the bag and certain categories.”

“A qualified, professional clubfitter is going to be honest with the client. If he believes everything needs to be replaced, that there are huge gains to be made in each category, he’ll tell you so. But if I only found a kid three yards of distance in irons and the consistency pattern wasn’t considerably tighter, I’d say, ‘I get it, these irons don’t fit that well, but even the best-fitting irons don’t move the needle that much. So, let’s focus on a different aspect of the bag.’”

3. TAKE THE COACH’S WORD AT FACE VALUE, AND THE KID’S WITH A GRAIN OF SALT

“A competitive junior may have a miss tendency, but it doesn’t tend to imprint on them psychologically. To kids, embarrassment is a huge deal. One specific, embarrassing shot can shade their perceptions. When I ask, ‘Is there a problem shot?’, kids will skew to something in competition with their peers that caused them embarrassment. That may be disconnected from their real patterns. Their coach knows the real patterns and issues.”

“I’d recommend that every growth spurt, have them come back in. Also, if a junior’s shots are getting wilder — if their dispersion pattern is growing — in conjunction with hitting the ball higher with more spin, that indicates the shaft flex is getting too weak. If they’re hitting lots of shots thin and hardly any fat, and mostly down toward the toe, that means the clubs are getting too short. Remember, as they’re getting better, they should be hitting it better. If their skill set is improving but their performance isn’t, it’s probably because their equipment doesn’t match their skill set. Let performance, and the ball flight, dictate when it’s time to revisit things, and the priorities.”

“Be careful of colored grips — they look cool but they use paint. That makes them heavier, which in turn makes the club’s swingweight lighter — too light.”

“Everyone knows that there’s a 14-club limit, but not everyone requires 14 clubs. The speed you create correlates to the number of clubs needed. There’s no reason to spend money just to lose another headcover, right?”

7. GO WITH AN ADJUSTABLE DRIVER

“Yes, adjustable drivers are a little more money than bonded ones, but it’s a way smarter purchase for a kid. You can re-shaft a bonded driver, but as the swing is evolving, you can’t adjust loft, face angle, anything. An adjustable driver has so much value to a junior, because it allows the instructor to tweak the club as swing changes are being made.”

“As they reach high-school age, I’ve seen a lot of accomplished junior golfers gravitate toward more difficult-to-hit products, with the idea that it’s going to train them to be more precise. I’d shy away from stuff that’s very penalizing. As adults, we’re far more consistent on a day-to-day basis than kids. Their physical capabilities change so much in terms of growth, rest, stress, stuff that’s going on academically. Having something with at least a little bit of perimeter weighting is a good idea.”

“The most effective club in the bag to fit is always the putter, because we’re going to use that around 30 times per round, while the next-most-used club is the driver at 14. It has the most bearing on the score, and we don’t have to consider nearly as many things on a putter as on a full-length club. Are we going to have to worry about the shaft flex changing on a putter? No. Length? Maybe, but that’s easy. Yes, putters have lots of design elements to consider, but it’s not like we have to worry about the player getting too strong for the club. Why juniors don’t get fitted for the putter is beyond me.”

“I work with Tour players and other elite players. I’ll ask them, ‘What’s the favorite putter you’ve ever owned?’ Almost always, they’ll go back to a putter they used as a junior. Then I put them on all this fancy equipment and start to evaluate things from a fitting standpoint, going through all the options. We end up finding a club that clearly performs best. When you look at its design elements, 90 percent of the time those elements mirror the one that they used as a kid. Why? With putting, even more than the full swing, we groove mechanical patterns to compensate for whatever club we’re using. So, if you used a specific putter as a junior for a long time, you’re engraining movement patterns, and when you switch that movement out to another one, those movement patterns no longer reconcile.”