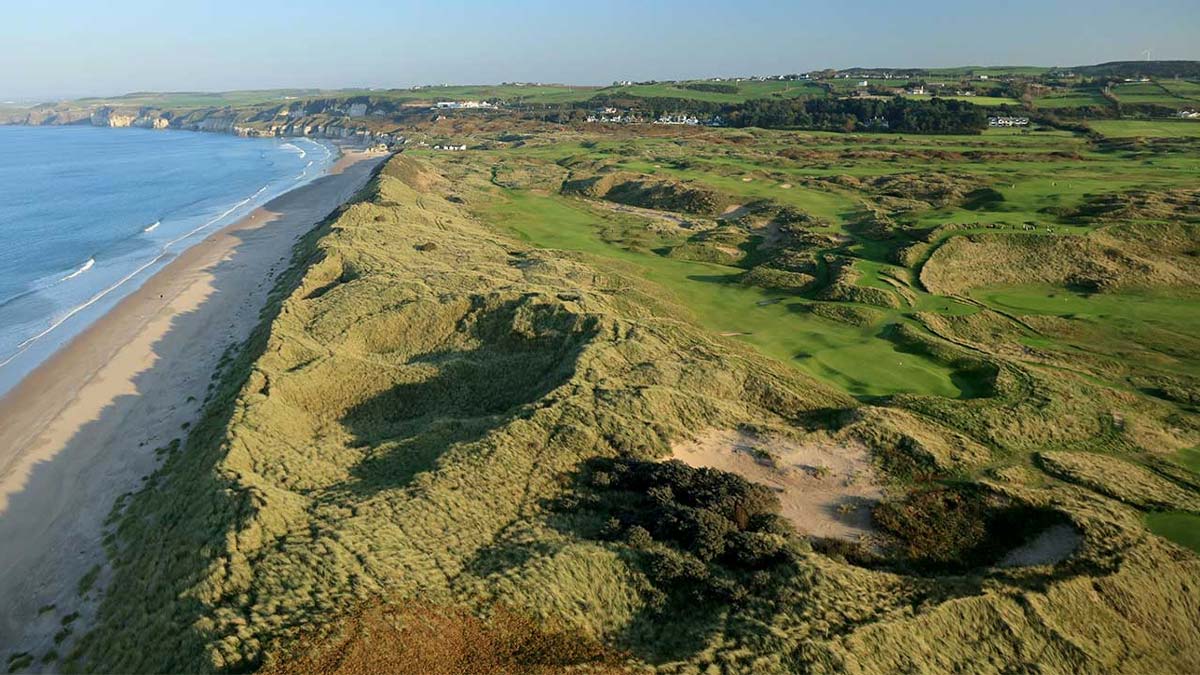 The only course outside of England and Scotland to host the Open is perennially ranked in the world’s top-15 courses, thanks to a superior 1929 H.S. Colt design that maximizes its setting in the high dunes along the Irish Sea. The golf world saw two new holes in action at the 2019 Open: the 7th and 8th, which replaced the old, comparatively dull 17th and 18th holes. Both nines touch the cliff line, with the course’s most spectacular moment coming at the 5th as it doglegs right to a two-tiered green flush against the cliff. Indeed, plenty of the holes elbow one direction or the other, so driver is not an automatic decision. (Photo: Getty Images)