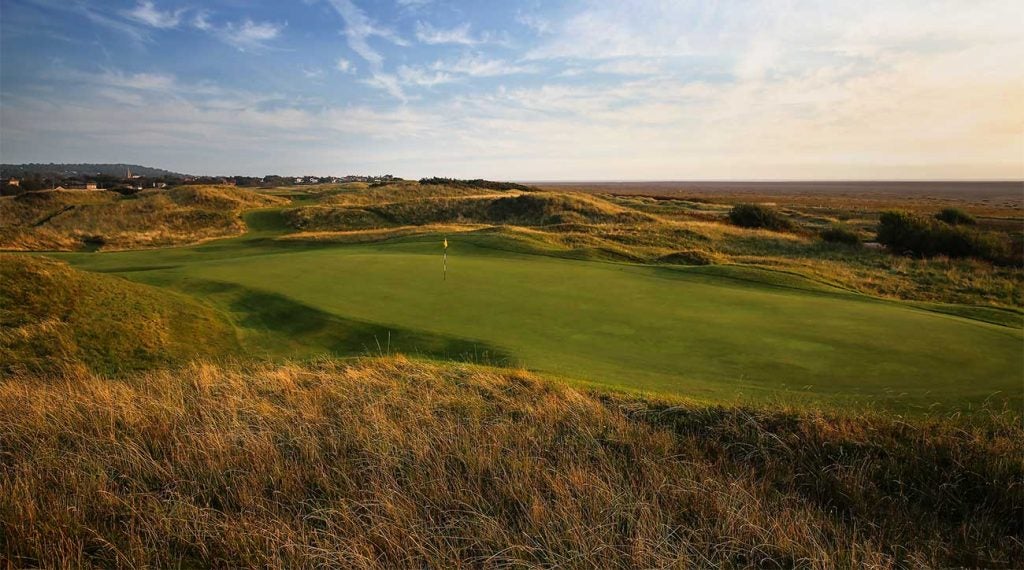 “Hoylake,” as it’s popularly known, welcomed its 12th Open Championship in 2014. It’s not a pretty course in the conventional sense, as there are no lighthouses, mountains or majestic undulations. But its fairways are rumpled and its revetted bunkers are well placed and invariably extract a ½-shot penalty. There’s also internal out-of-bounds, a feature for which the course is well known. When the wind is up, Hoylake is one of the game’s fiercest links, one that requires supreme shotmaking, as demonstrated by Tiger’s virtuoso performance at the 2006 Open. (Photo: Courtesy Royal Liverpool)