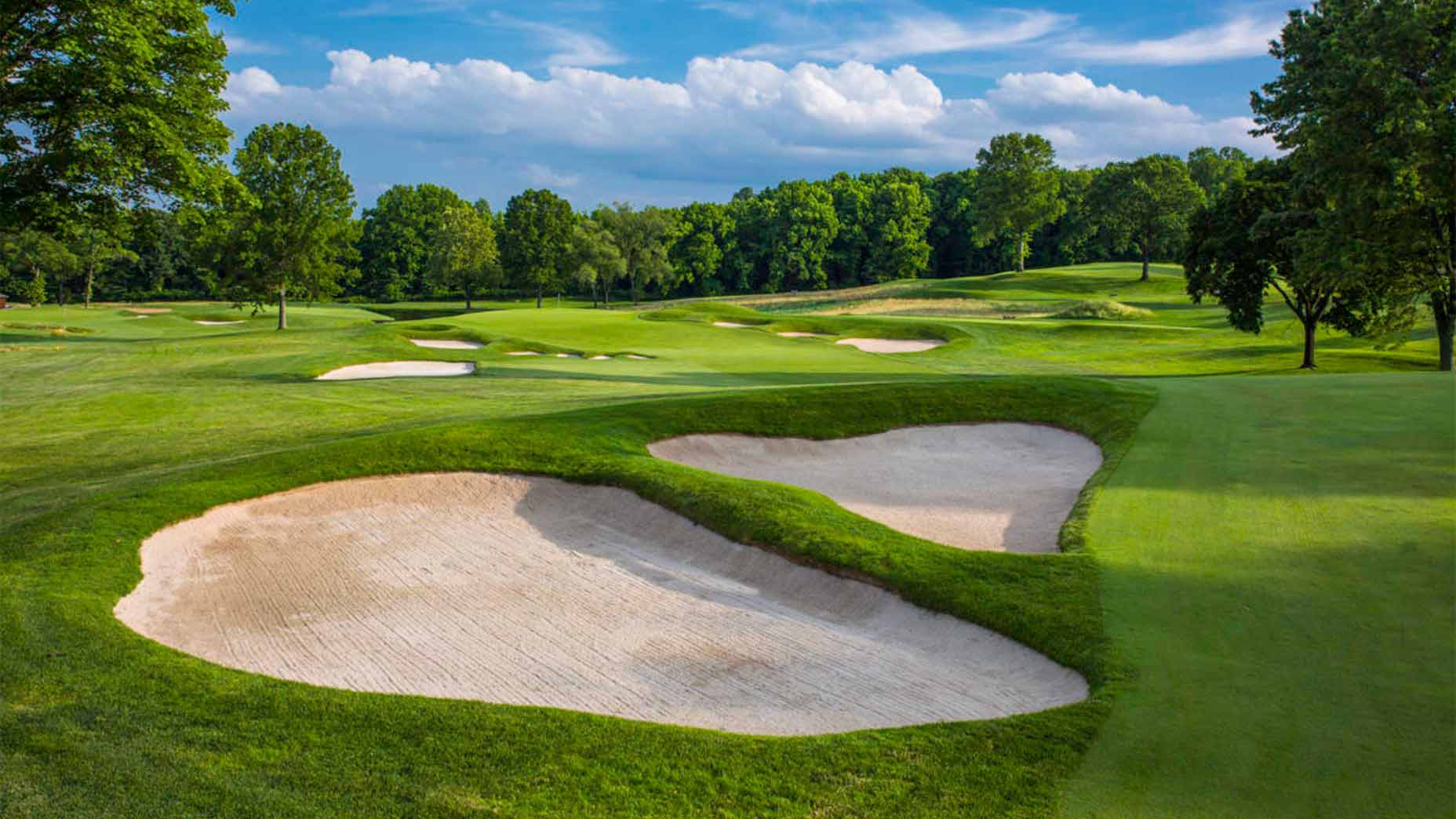 Designed by Donald Ross and expertly restoredby Gil Hanse, the course features blind shots, challenging hazards and some of Ross’s finest holes. The first nine features several stellar two shotters including the 1st and 7th while the second nine highlights Ross’s range of holes. The 145-yard 11th may be his best all-time short par-3, while the 12th and 16th are epic par-5s. Plainfield oozes history — a Revolutionary War battle was fought on the site and Leighton Calkins’ created the modern handicap system here — but the course is in no way stuck in the past. (Photo: Larry Lambrecht)