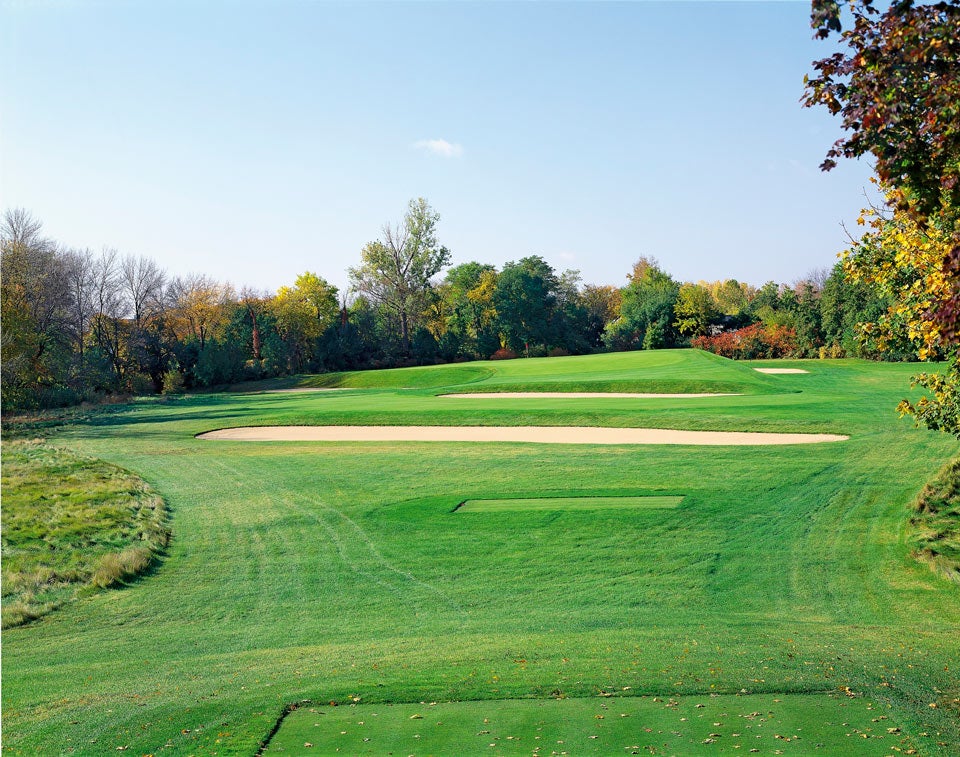 One of the five founding members of the United States Golf Association in 1894, Chicago Golf was the site of the nation’s first 18-hole course; it also was the first course outside of the Northeast to play host to the U.S. Open. Seth Raynor retooled his mentor C.B. Macdonald’s course in 1923 and not much has changed since as its slew of exemplary template holes make it just as relevant today as it was in the hickory era. Holes 1 through 4, which include a Road and Biarritz template, represent one of the game’s most testing starts. (Photo: John and Jeannine Henebry)