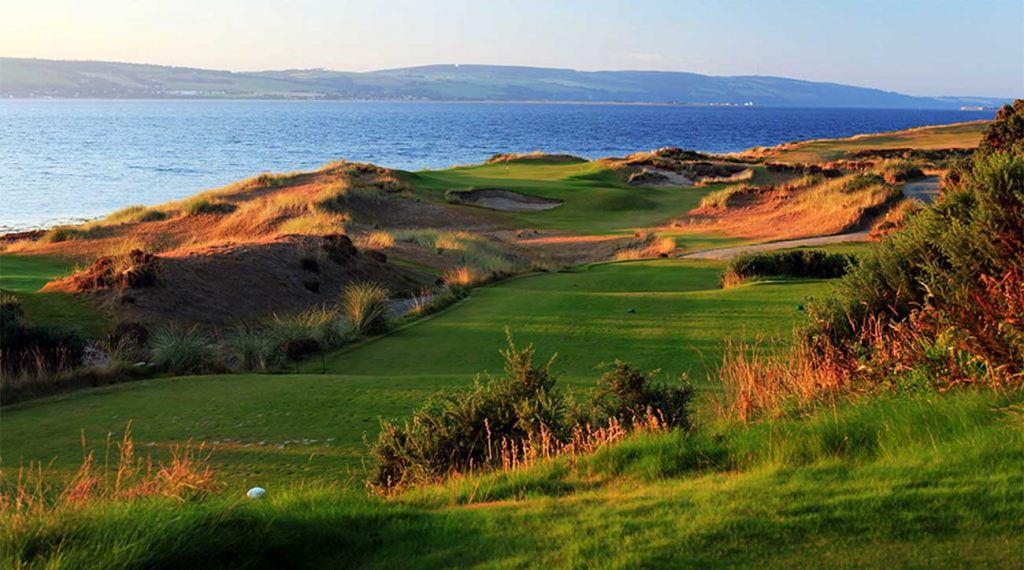 GOLF Magazine’s Top New International Course of 2009 has maintained its early lofty results thanks to a brilliant Gil Hanse/Mark Parsinen design that was effusively praised by Phil Mickelson — before Mickelson won the 2013 Scottish Open here. Highlights include wide fairways, wild and woolly bunkers and panoramic views of Moray Firth and the Scottish Highlands. Its thrilling finish features three consecutive ½-par holes where anything can happen: the drivable 16th, the brutish one shot 17th (which plays in the opposite direction as 16) and the par-5 18th, which cascades downhill toward the distinctive white art-deco clubhouse. (Photo: Getty Images)