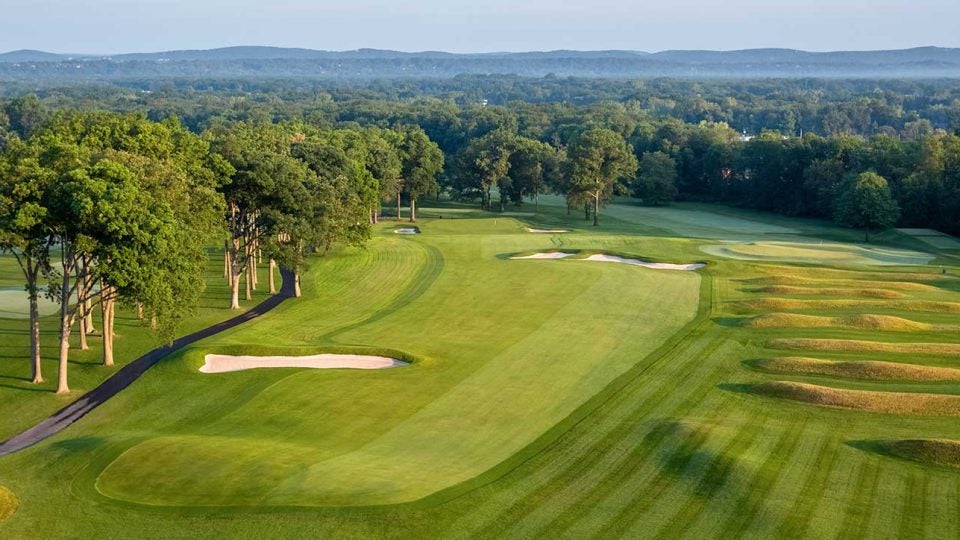 A view of the 10th hole at Mountain Ridge Country Club in New Jersey. A restoration of the club was finished in the spring of 2019.
Courtesy Photo

Originally opened in 1913 in West Orange, N.J., and completed by A.W. Tillinghast in 1917, Mountain Ridge Country Club relocated to his current plot of land in West Caldwell, N.J. in 1929. That’s when the club commissioned legendary architect Donald Ross to design the new Mountain Ridge CC, which opened in 1931 and has remained to this day. With New Jersey being home to a multitude of classic, historic golf courses, Mountain Ridge should be discussed in the same conversation as Ridgewood, Plainfield and Baltusrol.

Here’s what you should know about the hidden gem.

Difficulty: The moment I struck my first putt on Mountain Ridge’s expansive, circular practice green, my playing partners and I looked at each other, and without a word, realized this was going to be a test. The green was in prime condition. Pure, undulating and fast — lightning fast. I believe 11 1/2 was the number being thrown around. At 6,452 yards from the white tees, the course seemed like it would be manageable. Our caddie, Eddy, told us there was plenty of room to navigate, but your score, good or bad, would be decided on Ross’ infamous greens. I was ready. And let’s face it, I really didn’t have a choice. I could already tell it was going to be a special experience.

How to get there: Mountain Ridge is in West Caldwell, N.J. which is 26 miles west of midtown Manhattan and 22 miles northwest of the EWR Airport in Newark. The golf course is off Passaic Avenue and is hidden from plain sight, literally. I drove past the tiny MRCC sign on the main drag and had to circle back before turning up the golf club’s front entrance. 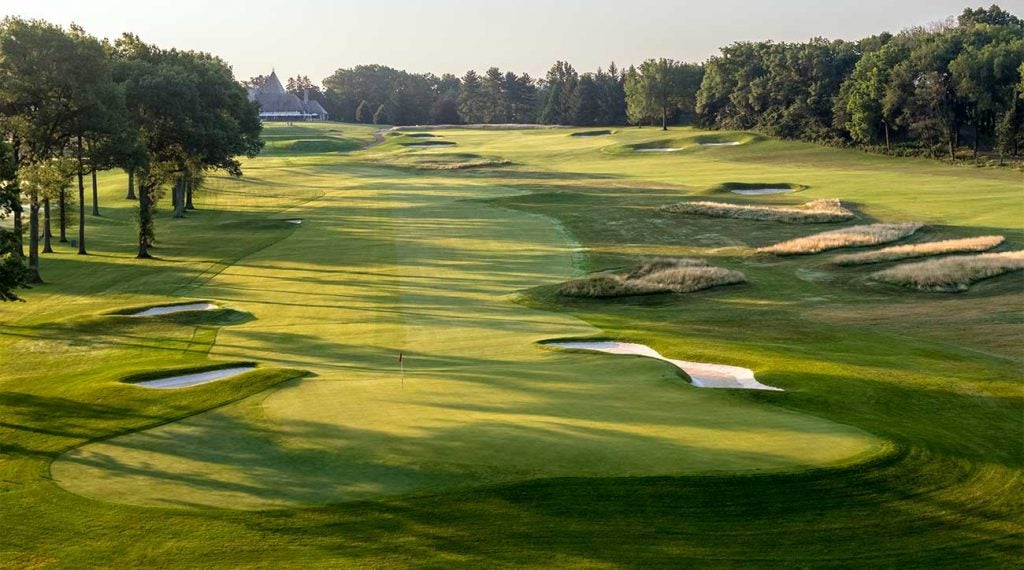 Fun facts: Mountain Ridge sits next to Essex County Airport, and it’s common place to see small planes taking off and landing over MRCC. In May 2014 a Cessna had to make an emergency landing on the 5th fairway of the golf course. The FAA has since had the club trim down a patch of trees to help pilots while approaching the airport’s runway. When it’s not acting as a landing strip, the golf course has hosted numerous prestigious events, including the 2012 U.S. Senior Amateur and the 2017 New Jersey PGA Championship. Mountain Ridge will host the historic Met Open in 2020.

Notable/favorite holes: During our round, legendary golf course restoration specialist Ron Pritchard paid our group a visit on the par-3 7th. In the spring of 2019, Pritchard completed a full-scale restoration project at the club, with one goal in mind: to preserve Ross’ masterpiece. Pritchard explained that he used Ross’ original sketches to restore many of the course’s greens and bunkers, including No. 7, which he called one of his favorite green complexes in the Northeast. 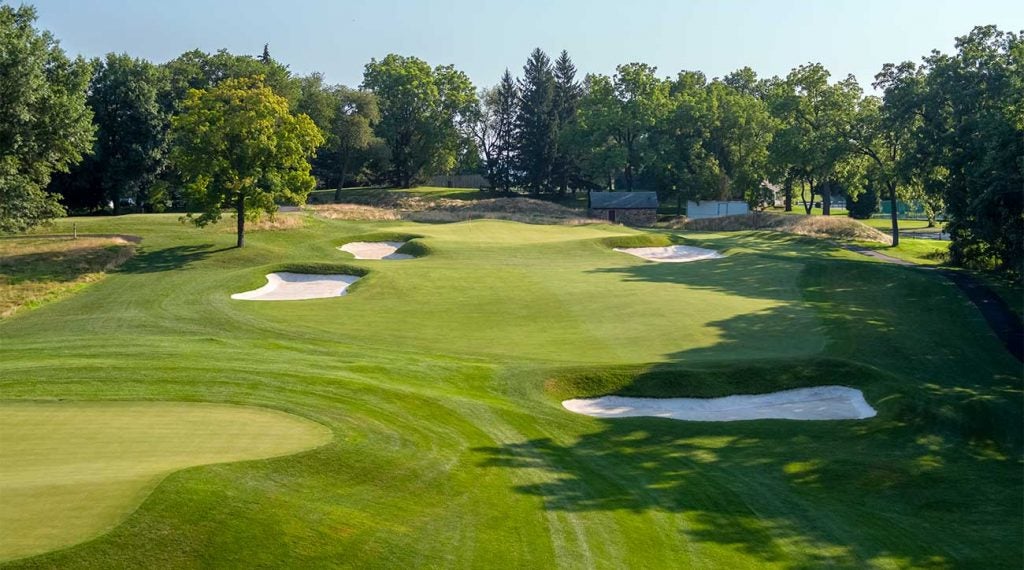 For us the 7th played 145 yards to an elevated green. The majority of the putting surface is not visible from the tee box, but it turned out to be one of my favorite holes on the course. The green featured multiple severe contours: left to right, right to left, back to front — you name it. Pritchard said the green had actually turned into a punchbowl until he restored it to Ross’ original vision.

The 18th hole at MRCC is a beast. A 432-yard uphill par-4 that sweeps left to right toward the club’s massive fieldstone clubhouse. A signature hole if there ever was one, and a hole I was able to par, despite leaving myself a 205-yard approach from a patch of gravel left of the fairway. The dynamite 18th hole at Mountain Ridge, which finishes in front of the magnificent clubhouse.
Evan Schiller

It’s tough to narrow down a favorite hole at MRCC, but a lasting memory was produced on the 13th, which was out last of the day due to the shotgun start. A creek weaves its way across the fairway, which begins wide open but narrows leading up to the green. After pulling my 3-wood into the left rough, I was faced with a 195-yard approach with tree issues in front of me. The options: punch out and take my medicine, or try and hit a low, drawing four-iron under the branches and up to the green. It was the last hole of the day, so of course I went for it — and mission accomplished. I was able to maneuver my Titleist around and under the tree, running it up to the green to about three feet. Birdie. A finish like that makes an easy lasting memory at Mountain Ridge. 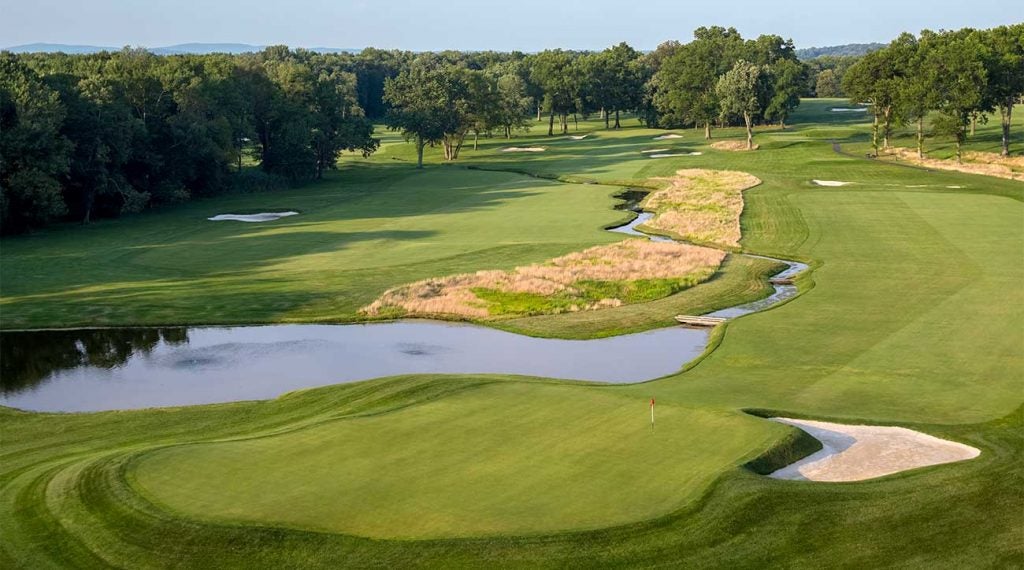 A view of the 13th hole at Mountain Ridge Country Club.
Evan Schiller

I loved: The variety of par 3s. All four were fair yet challenging in different ways. The 3rd was a 200-yard behemoth playing into the wind with a fun backstop funneling balls back down to the hole. The aforementioned 7th’s blind tee shot tested the trust and confidence in your club selection. The 14th required a precise shot to a select landing area if you wanted any chance of avoiding a three-putt, and 16 was the most scenic of them all, playing 128 yards over water and a daunting mound. It was the best variety of par 3s I may have ever played. 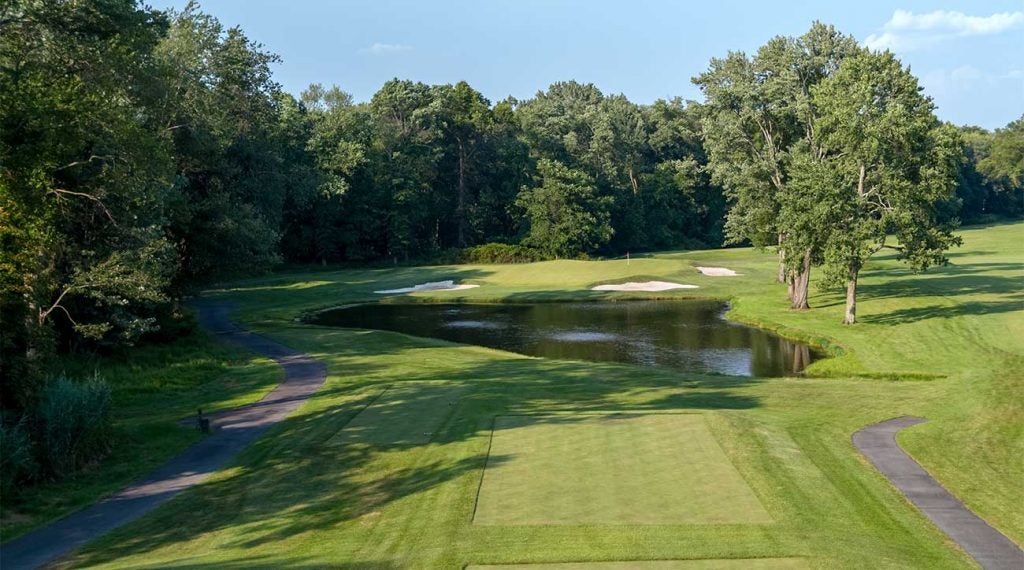 A look at the 16th hole at Mountain Ridge Country Club in New Jersey.
Evan Schiller

I didn’t love: There’s not much to dislike at Mountain Ridge, except for a pesky sprinkler head around the par-5 9th green! After leaving my second shot in the rough right of the hole, I hit a perfect 60-degree wedge to the exact landing spot I had picked out on edge of the rough and fringe. The only problem was when my ball landed, it bounced 15 feet in the air and rolled violently across, over and off the putting surface. Upon further review, the sprinkler head was virtually hidden, and if I’m being honest, I couldn’t intentionally hit it again if you gave me 100 golf balls. Bad luck, bad bounce, but still a great hole.

Hidden gem is really what sums up the spectacular golf course at Mountain Ridge Country Club. In a state steeped with some of the finest golf courses in the country, MRCC is up there with the best of them, hidden amongst suburban New Jersey, and a gem that I’ll never forget. 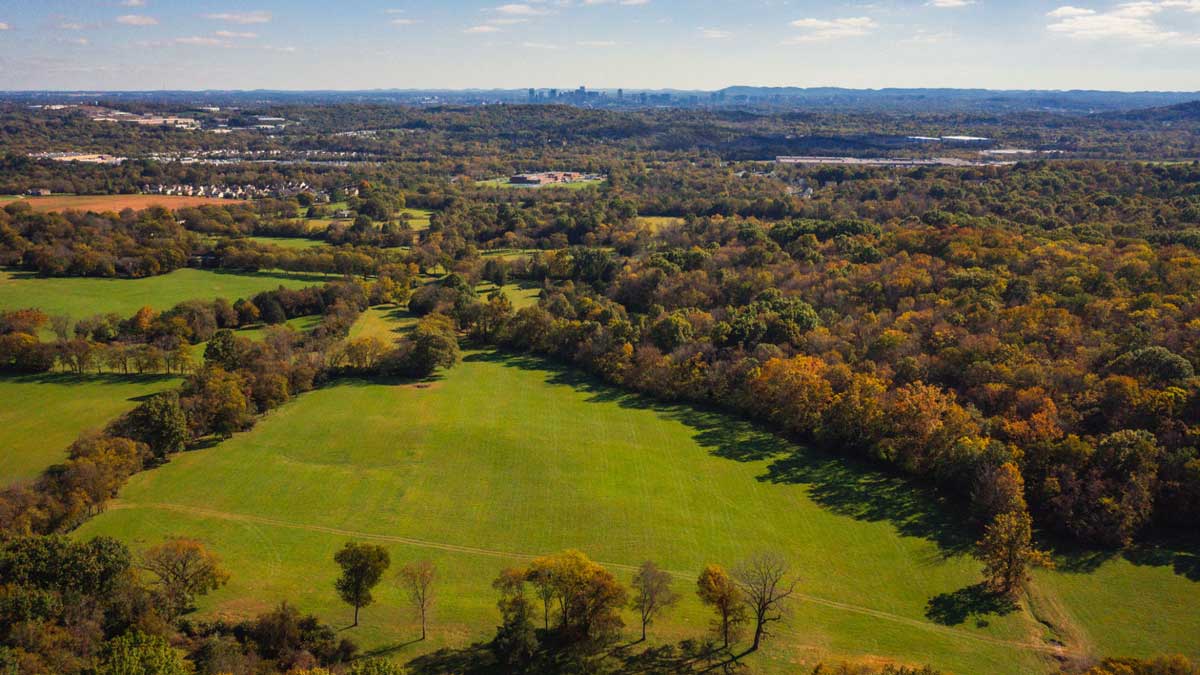