Move over, Pebble: This under-the-radar links is the most visually stunning course I’ve ever seen

I have just returned from the greatest golf trip of all time. Along with old friends Kevin Price, Tom June and Matt Ginella (the travel editor at Golf Channel), we played 11 rounds in eight days across New Zealand and Australia. Eight of them appear on GOLF Magazine’s most recent Top 100 in the World ranking, and a very strong case could be made for the three that are left off.

It is a tradition at trip’s end that over the last supper the boys and I rank the courses we played on whatever madcap adventure has just been consummated. My method involves no complicated mathematical equations or long list of criteria. It is highly personal, and I simply ask myself, If given only one round, which of these two courses would I rather play? A course moves up or down the ranking accordingly. Ginella and I have long debated whether there should be two rankings in golf, one for seaside courses and one for inland. Architecture wonks like to complain that the eye candy of the ocean can unduly affect one’s feelings for a course. On paper, the final hole at Cape Wickham is just an ordinary doglegged par-4. But having to carry a drive over crashing waves of the Bass Strait is what makes your heart pound. It is what it is. 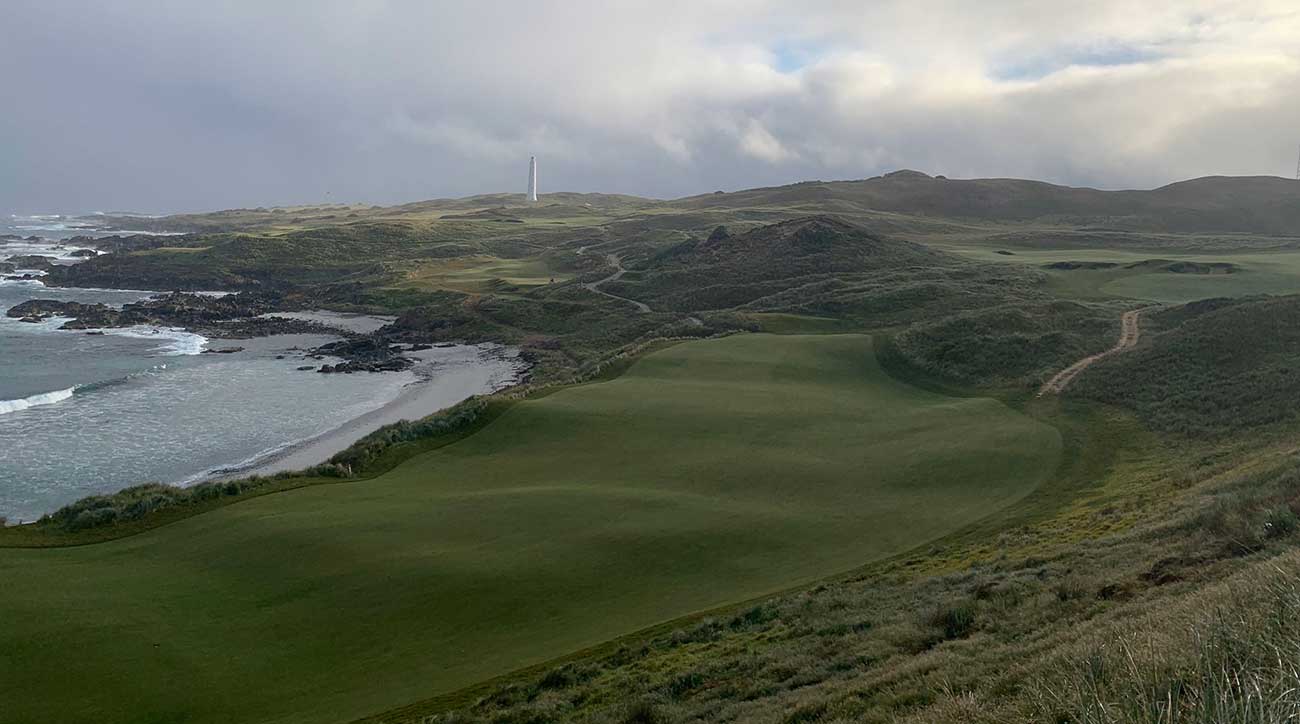 Cape Wickham has views for days, and a memorable 150-foot lighthouse looking over it.
Alan Shipnuck

Without further ado here’s my trip pecking order, with the course’s ranking in the GOLF Magazine Top 100 in parentheses.

Ranking golf courses is inherently arbitrary; if Kevin, Tom and Matt and I went to the Louvre and had to order our 11 favorite paintings I’m sure the lists would be very different. Remarkably, all four of us had Cape Wickham No. 1. Yes, it’s that good. I’m a well-known Pebble Beach honk but Cape Wickham is the most visually spectacular course I’ve ever seen. Beyond that, it presents a seemingly endless series of great holes and heroic shots. 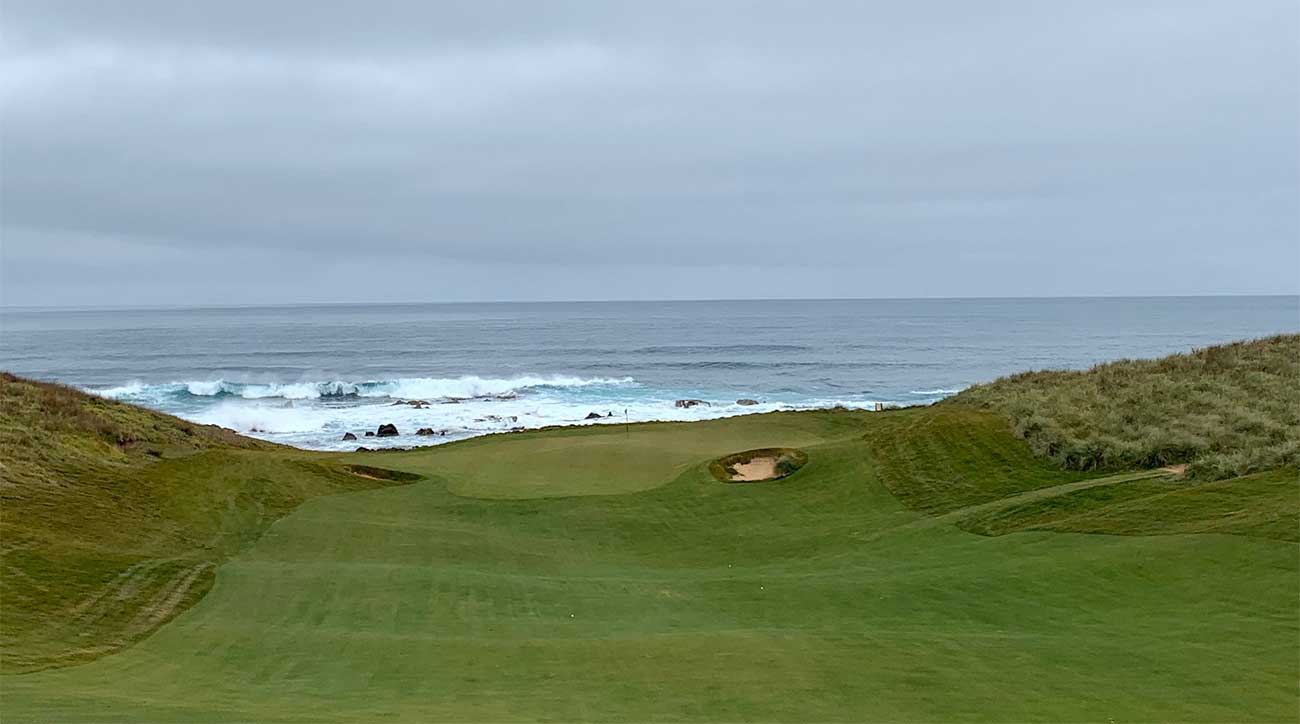 Mike DeVries and Darius Oliver teamed up to create this beauty on King Island.
Alan Shipnuck

The course now stands as one of golf’s ultimate pilgrimages, sited on the craggy headlands of King Island, a tiny speck halfway between Melbourne and Tasmania. (Commercial and charter flights are available out of Melbroune). There are only 1,500 people on the island but in 2013 the population spiked when Mike DeVries and his family lived there for six months. In partnership with Aussie Darius Oliver, this innocent abroad conjured a modern masterpiece. A one-time acolyte of Tom Doak, DeVries incorporated into Cape Wickham the bold strategic questions that are the hallmark of his former boss while making the course more user-friendly than the typical Doak. At a place like Cape Wickham the ocean holes will always be the star — especially with an iconic 150-foot lighthouse always looming — but the inland holes are just as bold, making use of towering sand dunes, rugged ridges and limestone outcroppings. The sandy loam is the ideal base for growing grass; Augusta National wishes its fairways are as pristine as Cape Wickham’s and the greens are equally pure.

Australia has long been a must-visit for the most ambitious of wayward golfers: the Sand Belt around Melbourne includes some famous work by the good Dr., Alister MacKenzie, who also gifted us glorious New South Wales in Sydney. Barbougle, the Bandon Dunes of the antipodes, now boasts two Top 100 courses on the same property. But for golf’s big-game hunters, Cape Wickham should be at the top of the list. It’s at the top of mine. 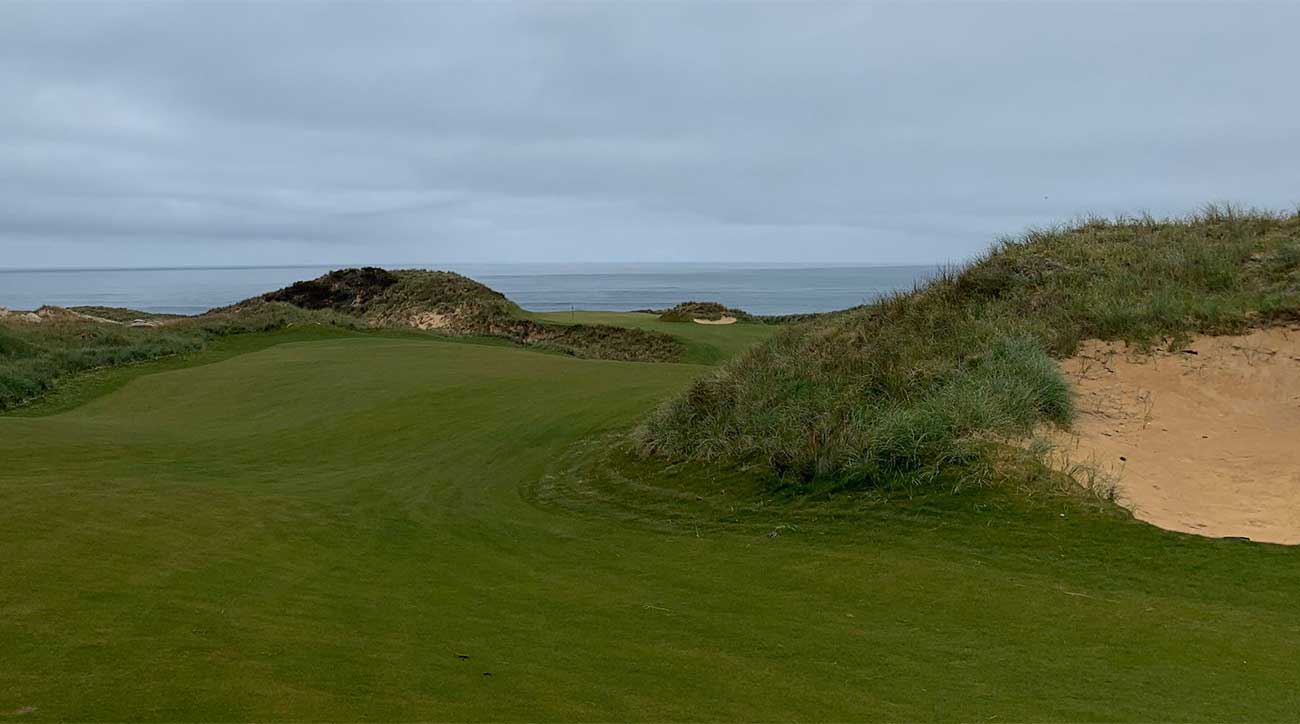