If you had bought stock in Pebble Beach 20 years ago, here’s what it would be worth today 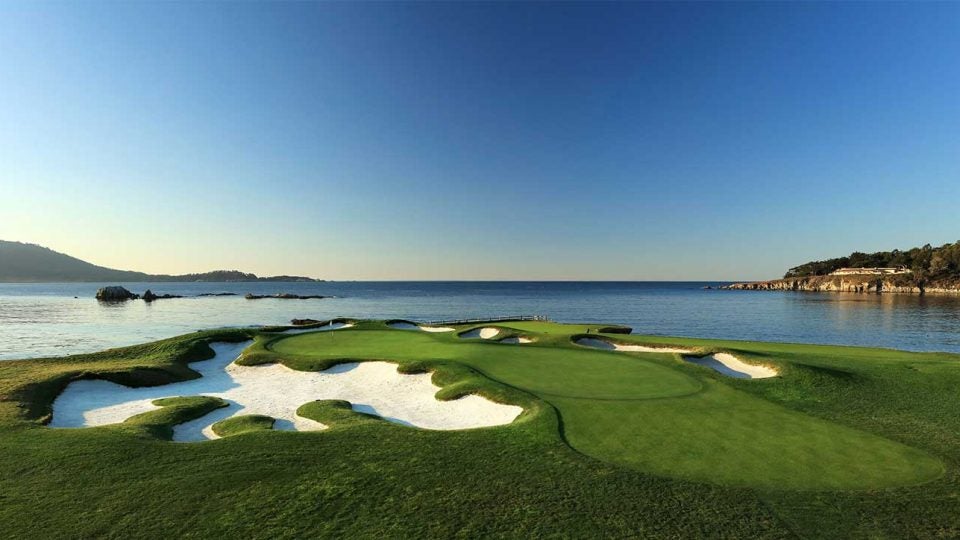 In 1999, a select group of buyers each paid $2 million for a share of Pebble Beach Company. They made a good investment.
Getty Images

In the summer of 1999, a small group of powerbrokers that included Arnold Palmer and Clint Eastwood sold stock in the Pebble Beach Company to a handpicked set of ultra-wealthy investors. The cost: $2 million per share.

With the AT&T Pebble Beach Pro-Am underway this week, we got to thinking: What might those shares be worth today? Interesting question. Complicated one, too.

The Pebble Beach Company is more than just the Pebble Beach Golf Links, which dates to 1919. It includes three other 18-hole courses, a par 3 (soon to be redone by Tiger Woods), three hotels, a spa, and a dozen restaurants. For the first 50 years, Pebble Beach was owned by Samuel F.B. Morse, who passed away in 1969. In 1979, the movie studio 20th Century Fox bought it for $81 million but it would change hands three more times in the next 20 years. Oil wildcatter and dealmaker Marvin Davis bought the movie studio and kept Pebble until 1990 when Japanese businessman Minoru Isutani bought it for an eye-popping $841 million.

Two years later, he sold it at a $350 million loss to the Taiheiyo Golf Club of Japan, which operated golf courses around Japan. In the late 1990s Taiheiyo began looking for buyers, getting into talks with several prominent private equity firms.

That was when an unlikely group of four legends in their own right came together with the idea of buying Pebble: Peter Ueberroth, the former commissioner of Major League Baseball; Dick Ferris, the former chief executive of United Airlines; Palmer and Eastwood. As the story goes, they presented themselves as the caretakers of Pebble and offered $820 million to Taiheiyo. Their advantage was they were buying it as a collection of very wealthy individuals who would together own Pebble in trust – and not be driven to make a profit. Shares were priced at 2 million bucks each.

Today those shares are worth between $8 million and $9 million, according to a source close to the Pebble Beach Company. That means the value of the entire deal has more than quadrupled — to somewhere in the range of $3.2 billion to $3.7 billion. Over that same period of time the S&P 500 has increased two and a half times, making those Pebble shares a pretty solid investment if you were lucky enough to get invited into the deal.

Paul Sullivan writes the Money Game column for GOLF Magazine. Have a golf-and-money-related question for him? Email him at moneymailbag@golf.com and he might respond to your question in one of his upcoming mailbag columns.