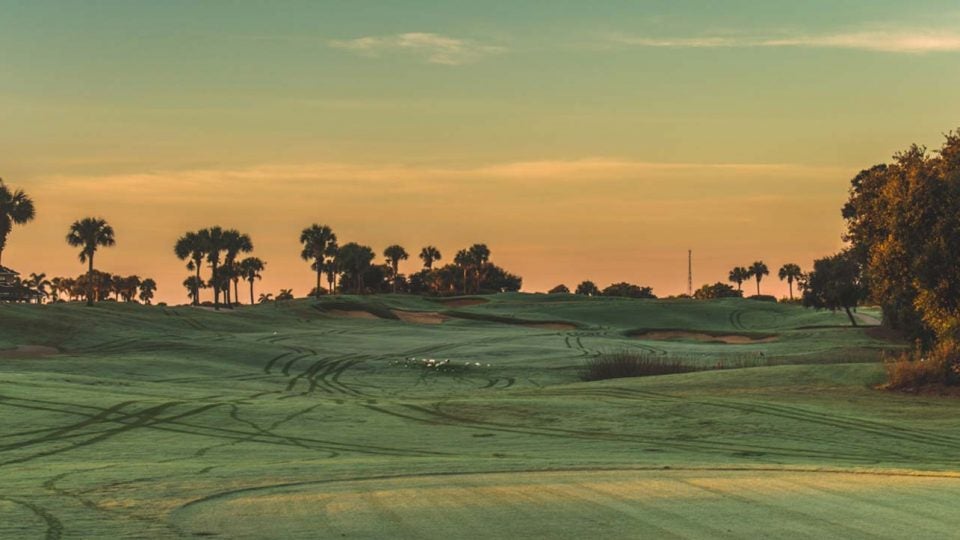 This is the fourth in our Muni Monday series, spotlighting stories from the world of city- and county-owned golf courses around the world. Michael Bamberger is manning the Muni Monday helm for the Florida Swing, which is good news for us all. Below is his first dispatch.

All of golf is abuzz about the single greatest development in golf journalism in 2020, the Dylan Dethier initiative known as Muni Monday. Dylan is picking up where Herb Wind left off. Late in his life, the tweedy New Yorker writer, just for the sport of it, would riff on Beck and chant in the town square, “(Public golf): It’s where it’s at! I got two lob wedges and a microphone.” Old Herb, like young Dylan, had that New England golfing sensibility that prizes, in golf and in other things, good value and water conservation.

Dylan and I played two enjoyable rounds on interesting public courses last year. One was in Aiken, S.C., on the Monday after a memorable Masters. (Tigah!) The other was at Jacksonville Beach Municipal, on a slip-out basis during the Sawgrass tournament. (Rory won, but I had to look it up.) Muni under this rubric is golf that’s open to all but at places where you will never hear the phrase stay-and-play package.

This hardly needs to be said: Part of the appeal here is that most muni golf is on courses can typically played with one ball. Oh, the joy. Why don’t more course architects talk about that?

Dylan has kindly allowed me to take some winter swings here as the PGA Tour begins its comforting, familiar Florida swing. I am well-traveled in public golf on Florida’s East Coast. Of course, that leaves dozens of courses still to play. But today I present to you one of my favorite public courses anywhere: The North Palm Beach Municipal Golf Course. It’s a Jack Nicklaus course, in his backyard and down the street from Seminole.

It’s kind of funny to consider that the Tour is playing an absurdly expensive Nicklaus this week, one that no ordinary 90-shooter could ever really expect to play with one ball and in under 100 shots. I have no desire to play the Champions Course at PGA National, at any price. I would play the NPB course any chance I could.

I have a wonderful group of friends and acquaintances who are members at Seminole. More than once, they have mistaken invitations from me to play North Palm Beach as a backhanded way of trying to get on the Donald Ross classic. You know, like Larry David’s Accidental Text on Purpose. They’re not!

And I should say that things will happen at NPB that could never happen at SGC. The other day, I was paired with two women. I was on the putting green, awaiting our tee time. The starter said, “You were supposed to join those two guys.” He pointed to two men in the first fairway. I said, “How was I supposed to know that? The guy in the shop told me I was joining these two women.” The starter said, “They don’t want to play with you.” I did not ask to see his Charm School certificate. I think he maybe meant to say, “They’d like to play alone.”

Travel
One of the country’s best munis is hosting U.S. Open qualifying

It’s very expensive for a public course, about $140 all in (rates range from $70-135 during peak season), and you’re paying for the cart whether you take it or not. You have to time your visit just the right way—inclement weather can be your friend—because the pace of play can be south of a crawl.

But when it all comes together, and that happens more often than not, the course and the experience is a pleasure. Nicklaus took a pancake-flat public course, brought in the dozers, and now the land heaves and moves like you’re playing in rolling duneland. There’s a sand quality to the fairways. It’s easy to find your ball. After a recent renovation, you can two-putt many of the greens. If you’re accustomed to walking, it’s an easy walk. The views are often very pretty. A bridge. A river. Chris Shenkle’s old house. Good range and you can hit off grass. I’ve seen a young pro there, Zach Shriver, working with kids with the best manner imaginable, keeping his instruction playful, athletic and natural. Be warned that NPB has a no T-shirt policy. Well, the place has Big Jack’s stamp on it, what do you expect?

About 15 years ago, Nicklaus gave me a tour of the entire course, in a cart, explaining what he did and how he did it and what he was thinking. I’m sure that experience colored me for life, beyond my enthusiasm for the course. He did the work for $1. I told him how much I admired that, and how I loathed my own pro bono typing for school newsletters and that sort of thing. Said Big Jack (this is through the golf of memory): “I used to be like that. But as you get older, you grow out of that.”

I can almost promise you you will enjoy the course even if you don’t see Nicklaus there. (That was the only time I’ve seen Nicklaus there.) Seeing your ball in play, from start to finish, is rewarding enough.

Got a muni story that needs telling? Send tips to Dylan Dethier or to munimondays@gmail.com and follow us on Instagram.