Inside Mammoth Dunes: Breaking down the buzziest new course of 2018

By Joe Passov and Josh Sens

NEKOOSA, Wis. — As the Memorial got underway on Thursday, other golf-related news was breaking in the Midwest with the ribbon-cutting at Mammoth Dunes, the most significant course opening of 2018. Designed by David McLay Kidd, Mammoth Dunes is the second 18-hole layout at Sand Valley, a destination resort in central Wisconsin that is also home to a Bill Coore-Ben Crenshaw layout of the same name. Sand Valley also has a Coore-Crenshaw designed par-3 course, the Sandbox. Joe Passov, GOLF’s chief architecture critic, was at Sand Valley this week for a look at the new course, along with GOLF contributor Josh Sens. We asked for their takes on Mammoth Dunes and how it stacks up against the resort’s first course.

1. Given the involvement of Mike Keiser at Sand Valley, many people have referred to the resort as the Bandon Dunes of the Midwest. Is that the right way to think about it? What’s similar? What’s different?

Joe Passov: It’s fair to think about Sand Valley as the Bandon Dunes of the Midwest. You have three terrific sand-based courses (one being Coore-Crenshaw’s 17-hole Sandbox par-3 layout) and a remote location amid some remarkable natural dunes as a foundation. Of course, you’re not on the ocean in Wisconsin, not even on a lake, the courses won’t play quite as Scottish links-like as Bandon’s because there isn’t anywhere near as much wind, and the greens at Sand Valley are bent, versus the less smooth fescue/poa surfaces at Bandon.

Josh Sens: True that, Joe. Another similarity is the variety of architectural styles you have on one property. The Keisers have gone the opposite route of Wisconsin’s other big-name golf course builder, Herb Kohler, who went all in with Pete Dye for his courses at Whistling Straits. Here you’ve got Kidd and Coore-Crenshaw side by side, with a third 18-hole course likely on its way. Tom Doak has been said to be in the running for that job. So there should be lots of good fodder for grill room debate as golfers debate their favorites, which is always fun. One difference that stands out to me from Bandon, aside from no ocean, the flat Midwestern “a’s” in the accents and the Spotted Cow beer (which you can only get in Wisconsin): Although this place is very much golf-centric, it has ambitions to be more family friendly than Bandon. They’ve got fat tire bike riding, ponds stocked for fishing. They’ve got plans to add tennis courts, too. Just not too close to the courses, so as not to irk those of us who really only want to think about all golf, all the time.

2. Speaking of similarities and differences, can you compare and contrast Sand Valley and Mammoth Dunes?

Passov: The original Coore-Crenshaw course that opened in 2017 shows the usual routing and strategic brilliance from Bill and Ben, with gobs of shot options, shotmaking challenges and variety, without a single water hazard in play. The hillier, much shorter front nine (by nearly 500 yards) is in marked contrast to the flatter, valley-style back nine. Each is chock full of memorable holes and vistas. Still, if Coore and Crenshaw were motion picture directors, you’d say that they’ve delivered a popular movie, one that will be a box office smash, but it won’t win the Oscar — even though we ranked it No. 52 in the U.S. in 2017, its first year of eligibility. David McLay Kidd’s Mammoth Dunes captures the Oscar at Sand Valley. Its scale for the holes at times dwarfs what the original course presents, its shotmaking demands are stronger and it possesses the greater number of individually memorable holes.

Sens: I’m with you, Joe. The first course is good solid fun but it doesn’t match the drama of Mammoth Dunes. My basic litmus test is the same as I think it is for lots of golfers: How readily can I replay the course in my mind after the round? That was much easier for me at Mammoth. The course makes a big impression. Wide, rollicking fairways. Huge, heaving greens. It’s still so young that you don’t get the firm, fast play that it’s designed to give you, so in that respect, it is only going to get better and better.

3. Do you have a favorite hole at Mammoth? Or a hole that you think is really going to stand out for golfers playing the course for the first time?

Passov: Instantly I think of the drivable, 332-yard, par-4 6th that features a horseshoe-shaped green and a massive sand feature short and right, along with the 128-yard, par-3 13th, which calls for a carry over a 50-foot-deep sand chasm to a 150-foot-deep, slender green. The 173-yard, par-3 16th is pretty sweet as well, a slopey downhiller with nice long views plus a sand feature jutting in from the right just off the tee, and a terrific diagonal bunker front-left of the green.

Still, my very favorites come back to back, the 450-yard, par-4 9th and the 334-yard, par-4 10th. Right there should tell you what you need to know about the change of pace on this layout, an unusual one at that in modern times, with a rare par 73, that plays under 7,000 yards — at 6,935. The 9th is defined by two small bunkers in the center of play with the second one, closest to the green, being especially tiny. The green complex is backdropped by part of a six-story-high, V-shaped ridge that is studded with trees and a sand sprawl that blends seamlessly from the playable area to the edge of the forest. Utterly distinctive! The short 10th is drivable, but that’s a foolhardy play, with a green propped up atop a dune, one that’s more properly accessible via a disciplined sand wedge from 90 yards. Two outstanding holes in a row.

Sens: I loved the 6th. When that green matures and really starts playing as it’s meant to, there are going to be all sorts of creative ways to attack it, boomeranging it on the ground around the horseshoe shaped green, playing it off the banks in back. But my favorite hole was probably the 8th, a par-three that almost looks like an island green ringed by sand. It plays like that from the back tees, but as you move up and to the left to the forward tees, a different view opens up and from there, there’s more forgiveness, less sand to carry. It’s amazing how much it changes while retaining its essential character — it’s a good hearty challenge for a strong player, but also friendly enough for the rest of us. That’s a big part of what makes Mammoth such a strong course. 4. OK, cast your vote: Which is the better course and why?

Passov: I’m a huge fan of both. They’re both great walks — mandatory here at Sand Valley — and both allow the ball to roll around on pronounced contours, including running the ball into many greens. I’m especially fond of the deception bunkers on Sand Valley, which obscure the line and distance — in a fun way — on many shots into the greens. I’m also taken with the variety and internal contours of the greens at Sand Valley. Still, Mammoth Dunes is the more memorable course, in terms of sheer scale and unforgettable holes. It’s one of a kind in my book. I’m not quite ready to say it’s the better course, because it needs some maturing and needs to see some quicker fairways greens than we had today to bring the brilliant contouring more sharply in focus in terms of how you approach the hole. But it’s fair to say that Mammoth has the potential to be considered among the most fun courses in golf — in elite company for sure. I personally think it’s there now.

Sens: If I were here for two days of 36 holes a day, I’d play Mammoth three times and Sand Valley once. Played from the similar distances, Sand Valley is the tougher course, more penal off the tee, more intimidating looks all around. But Mammoth is more rollicking, more distinctive, and more fun. And I say that as a golf masochist. I usually enjoy getting beaten up. 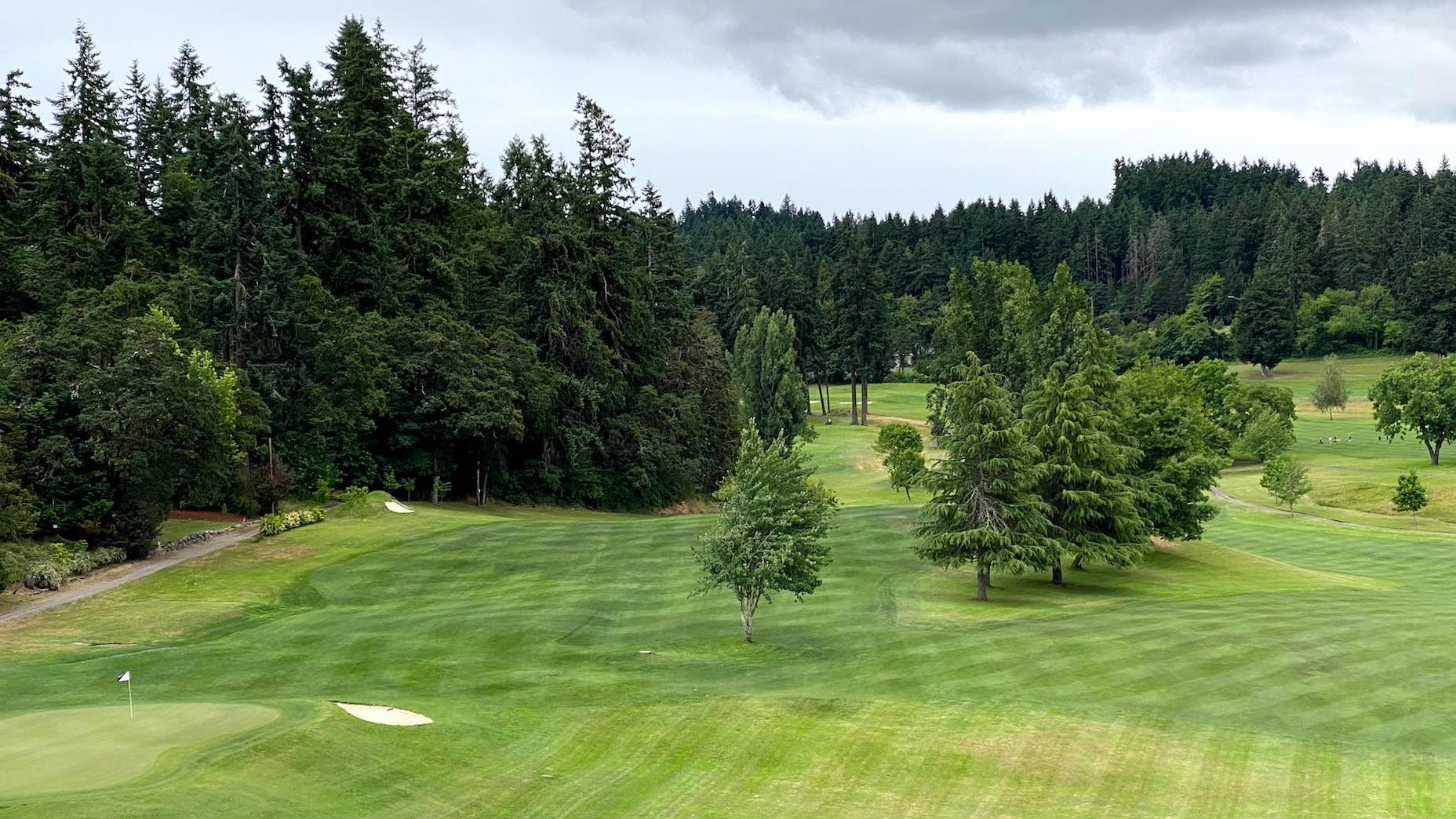 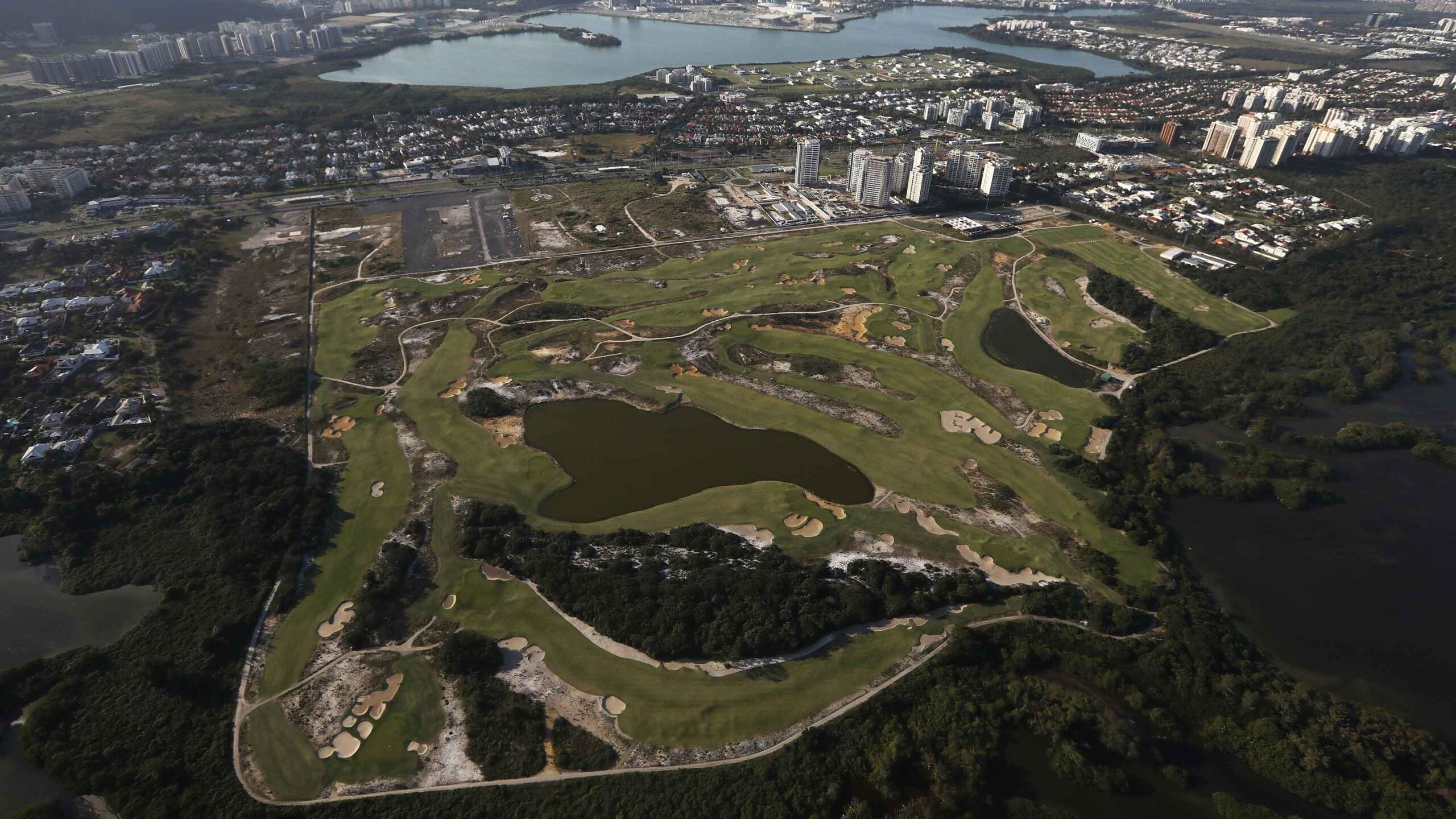 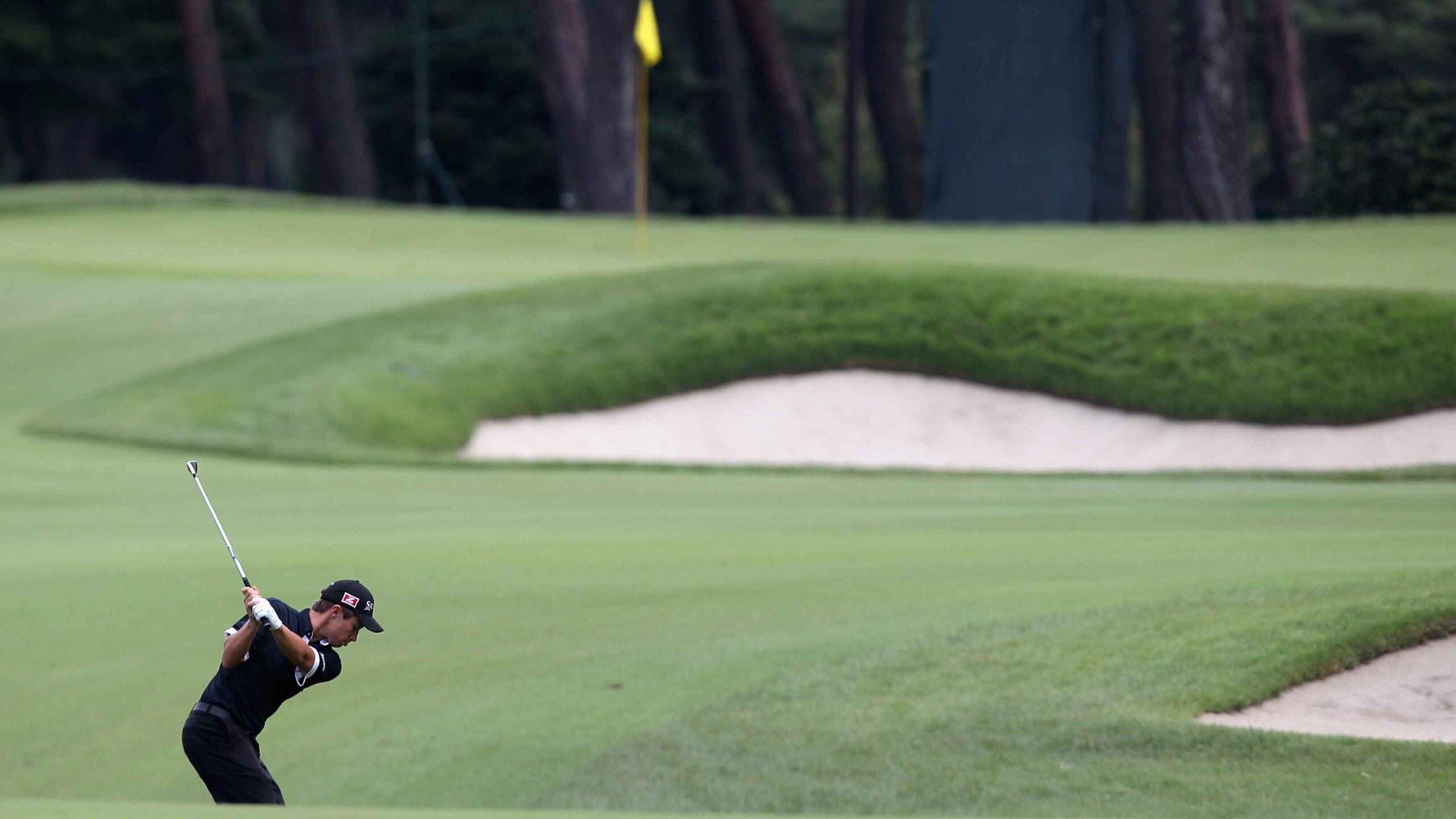 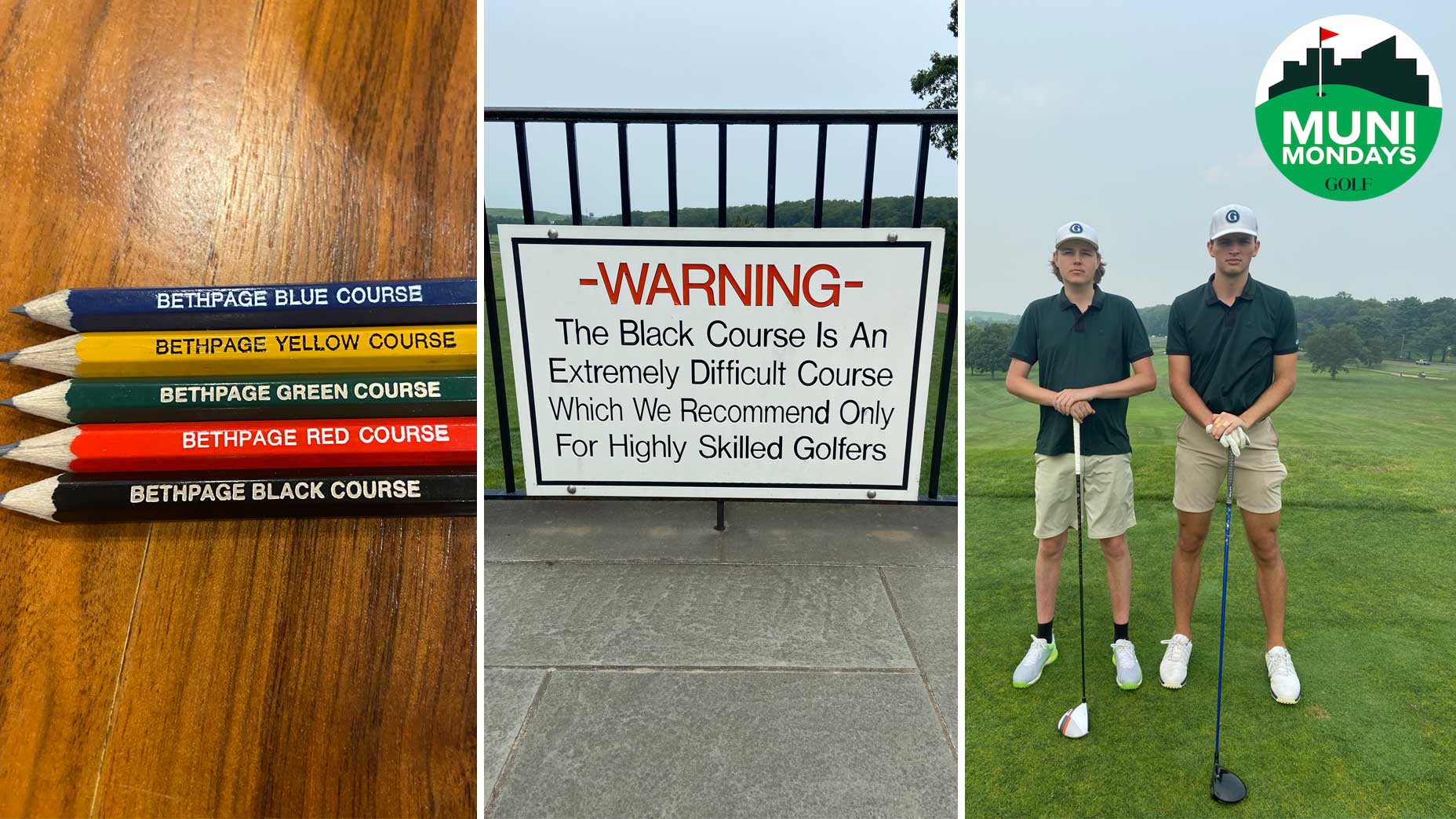 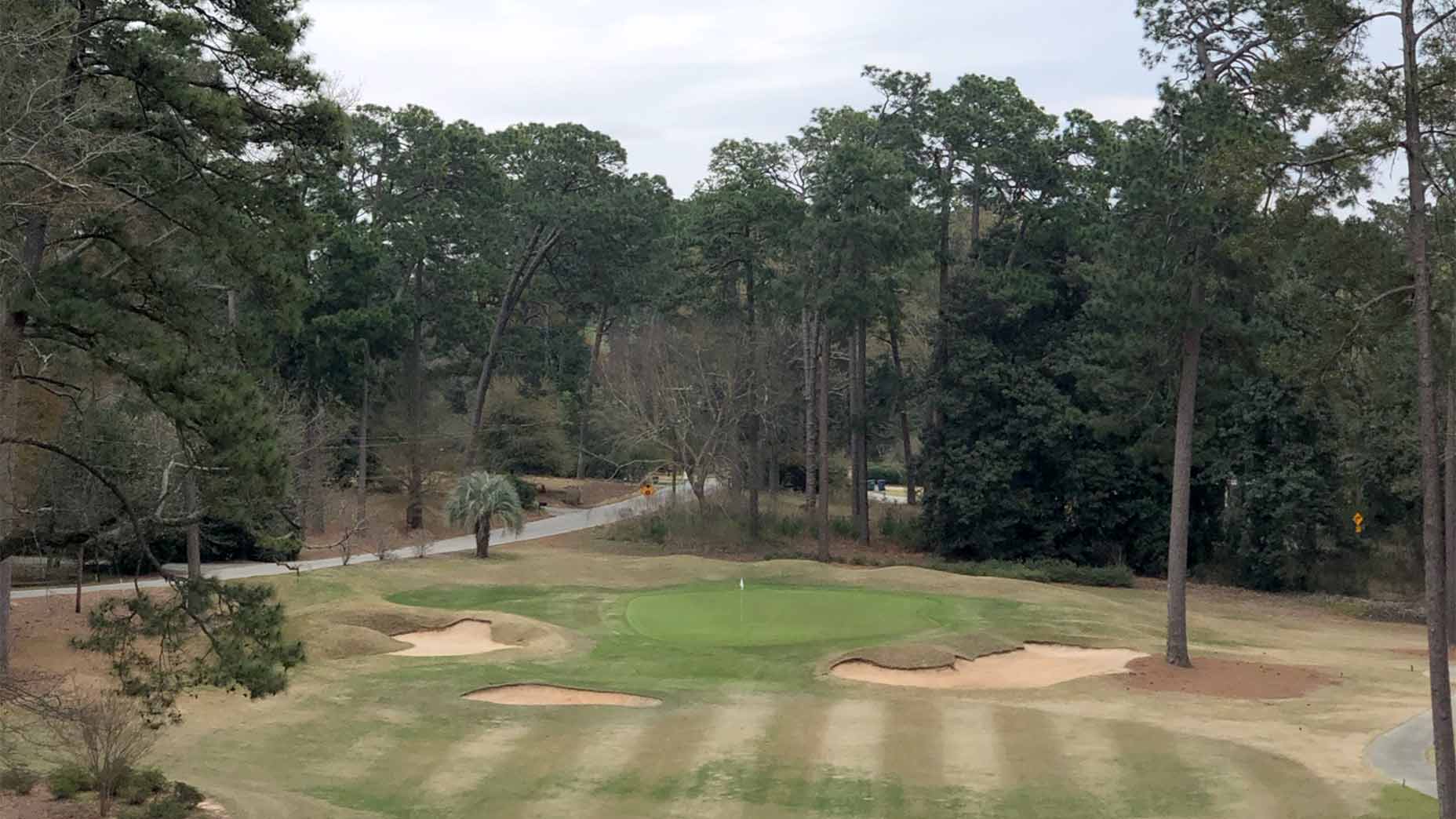