Is golf catching on in Russia? Jack Nicklaus’s designers have certainly been busy there

Golf is played in more than 200 countries and territories around the world, but until fairly recently, Russia wasn’t one of them.

Its introduction to the game came just 30 years ago with the opening of the country’s first course, Moscow City Golf Club, a nine-hole layout on the fringes of the capital.

At the time, Russia was still part of the Soviet Union. But while the Soviet leader, Mikhail Gorbachev, gave his blessing to the project, the real driving force was the Swedish golf star, Sven “Tumba” Johansson, who announced his plans to build the course while floating on a boat down the Moscow River, whacking golf balls into the water under the bemused watch of party apparatchiks.

As if that weren’t entertainment enough, there was the club’s groundbreaking ceremony, in late 1987, where the motley assortment of celebrities in attendance (Mike Tyson, Sean Connery and Pele, among them) solidified golf’s status in the country as a little more than a curiosity.

That was then, this is now.

In the world’s ninth most populous country there are more than a dozen 18-hole courses, a handful of nine-hole layouts and myriad projects in the works.

The most recent to be completed is Raevo Golf and Country Club, outside Moscow, a Jack Nicklaus Signature design that opened earlier this month.

This depth charge of Russian golf course development has been propelled in large part by economic shifts that have generated great reservoirs of private wealth. But the boom has also happened in the face of an inconvenient fact: Russia is not an easy place to grow the game.

Aside from having next to nothing in the way of golf tradition, the country enjoys little in the way of a golf season. Winters are long. Summers are short. Turf can have a tough time taking root. If you’re itching to play on a Moscow getaway, you should aim between mid-May and mid-October.

Throw in rocky, clay-based soil — far from the friendliest for course construction — and you understand why Russian sporting culture features more slap-shots on ice than chip shots around the green.

Over the past decade-plus, Dirk Bouts, a design associate with Nicklaus Design, has made about 80 trips to Russia, spending long stretches on the ground consulting on course renovations and overseeing new construction. During Bouts’s early visits, the majority of golfers he crossed paths with were expats. In more recent years, that demographic breakdown has turned on its head.

“The first time I went, golf’s presence was pretty much non-existent,” Bouts says. “But you see it taking root. It’s becoming more democratic. You have people making a decent visit. Now, it seems like every time I go back, there are more Russians out on the course.”

Just as picking up the game involves a learning curve, so does building courses in a fledgling golf market. The first Nicklaus Signature course in Russia was Tseleevo Golf and Polo Club, which opened in 2008 outside Moscow after a drawn-out five years of construction — a process prolonged by inexperienced Russian contractors working challenging terrain with outmoded equipment.

By 2014, though, when it came time to cut the ribbon on Skolkovo, the second Nicklaus Signature design outside the capital, the work crews were more seasoned, the equipment upgraded and the entire process streamlined. The job took four years. It’s since gotten more efficient. The start-to-finish work on Raevo was a comparatively scant three years.

The resulting course is a sylvan beauty that spills through a woodsy landscape, west of the capital, with natural creeks and lakes as ornamentation, and gentle hills and valleys that lend plenty of movement. Stretched to the tips, the course plays 7,245 yards, plenty of heft to handle tournaments. The turf is creeping bentgrass, and the sand-capping and extensive drainage beneath it is designed to stretch the golf season to its fullest.

“Instead of mid-May to mid-October,” Bouts says, “we’re hoping for something more like mid-April to end of October.”

This month marked a soft opening for Raevo, as the clubhouse is not yet completed. When the grand opening takes place, celebrities will no doubt be in attendance, Nicklaus among them.

Golf in Russia has gotten serious. 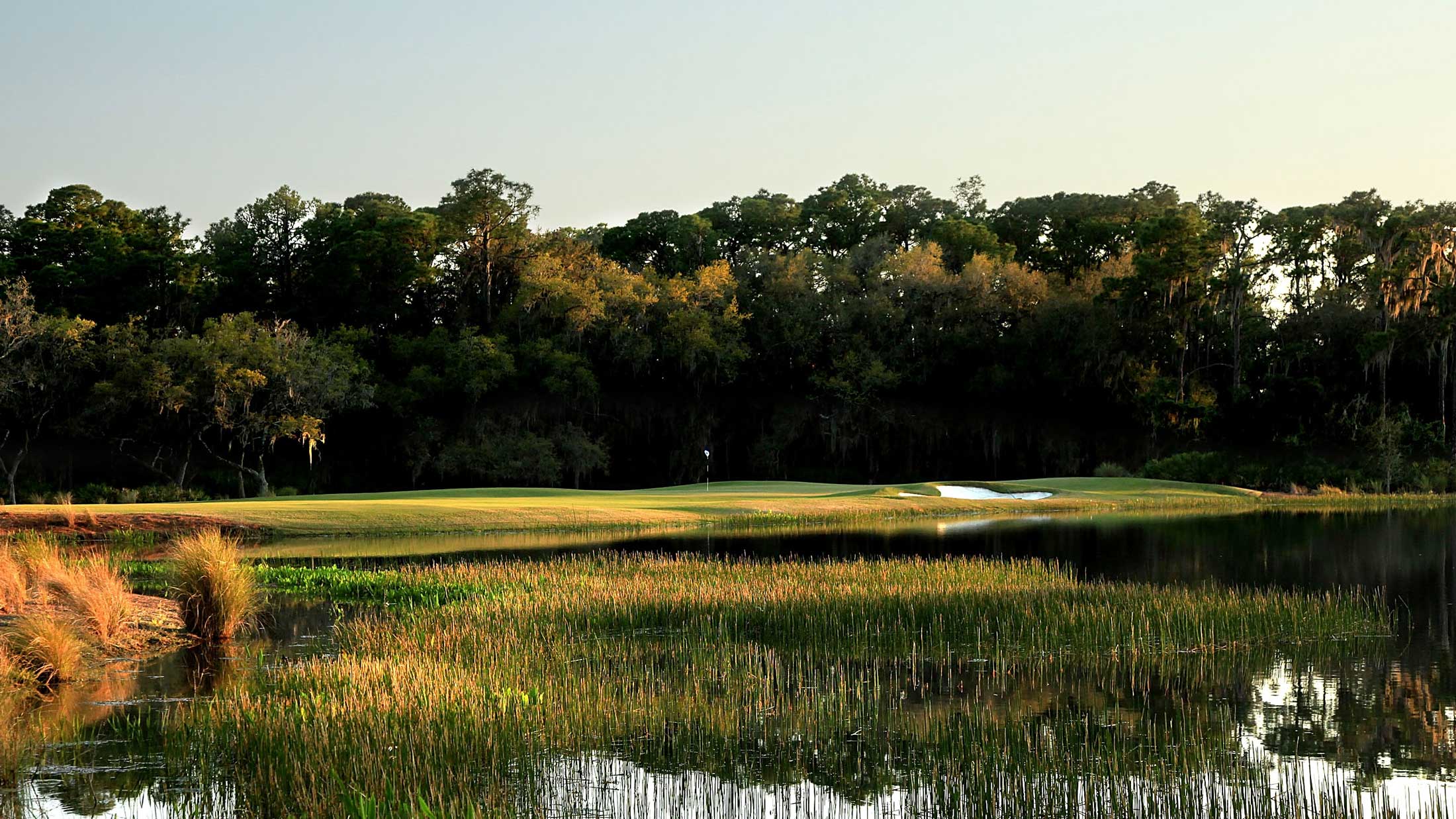