Waialae Country Club, home of the Sony Open, was designed by Seth Raynor, a celebrated early 20th-century architect. What’s the big deal about Raynor? What are some of the defining traits of his courses, and what, if anything, set him apart from his contemporaries and from architects who came later?

Jim Urbina (panelist since 2015; has played 69 of the Top 100 Courses): Along with C.B. Macdonald, Raynor was instrumental in taking golf course architecture in the United States to the next level. Prior to him, golf courses in this country were largely uninspiring, with unremarkable bunkers and greens that generally lay flat on the ground. Raynor helped show us what architecture could be. He worked on a number of spectacular sites, but he also brought drama to a number of fairly ordinary pieces of property by raising the design over the floor of their topography. What’s often not discussed is that he was a trailblazer for many greats that came in his wake. Consider the original (Raynor-and Macdonald-designed) Lido Golf Club on Long Island, where a young Alister MacKenzie submitted the winning entry to a design competition that helped him make a name for himself. You could argue that without Raynor, there might not have been MacKenzie as we know him. He might not have had the chance to go on to work on some of the courses he’d become most famous for, like Cypress Point, Pasatiempo and Augusta National. For those familiar with Raynor’s work, playing one of his courses is like walking into a home that you’re very comfortable with. You’re looking for certain features. You’re waiting to see certain template holes, like a Redan or a Punchbowl. There’s a comforting familiarity. For those who are unfamiliar with Raynor, stepping onto one of his courses is like moving to a new city. Things look very different from what you’re accustomed to.

Noel Freeman (panelist since 2010; has played 81 of the Top 100): The great thing about Raynor courses is that when you play a new one you already feel the familiarity of the strategies he built his template holes upon, yet there is a freshness and originality to each course. Raynor had an inexplicable magician’s quality to build the classic palette of UK template holes continuous with the land form so they feel a part of the natural terrain. 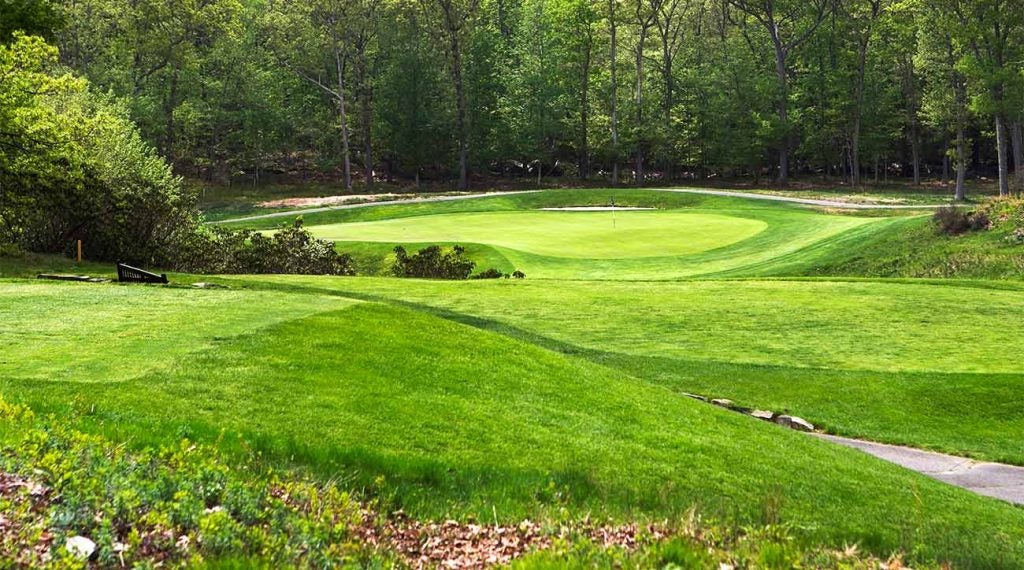 Steve Lapper (panelist since 2009; has played 84 of the Top 100): Raynor’s courses are certainly identifiable, yet never feel stale. A golfer familiar with his geometric tees, his deep, flat-bottomed bunkering, and repeatable templates finds fun and whimsy when seeing how seamlessly they fit into their environment. His no-frills styling, evolving from working alongside C.B. Macdonald and, later, Charles Banks, allowed for great golf tests, whether on dead-flat land (i.e. CC of Charleston or Yeamans Hall) or wild and heaving properties, such as Fishers Island, Shoreacres and Camargo. Unlike his contemporaries, Raynor’s aesthetic never tries to visually overwhelm or distract from the natural setting. His proverbial thumbprint was always consistently straightforward yet nuanced. His touch was light and his fans always feel as if they are playing alongside history.

Thomas Brown (panelist since 2015; has played 95 of the Top 100): Defining characteristics are dramatic landscapes with deep bunkers, sometimes presenting elevated greens with rectangular corners. Every Raynor design seems to have an iconic par-3 hole. Raynor had a special talent for creating memorable holes, several which we’re still appreciating/debating 100 years later. To measure Raynor in recent memory, recall LPGA players defying the par-3 11th at the 2019 U.S. Women’s Open at the Country Club of Charleston. Local member/celebrity Darius Rucker gave advice to players near the lead to consider laying up on the par-3, which measured just 159 yards in the final round. Strategy for modern golf professionals is rare – 29 double bogeys by the end of the week gave Rucker’s local knowledge and Raynor’s design credibility.

Kye Goalby (panelist since 2019; has played 70 of the Top 100): What comes to mind to most golfers when you mention Raynor are template holes, especially his set of par-3s. While the engineer/surveyor in Raynor managed to make Macdonald’s templates familiar, the under-appreciated artist in him riffed on each site’s natural features to give each of his designs their own special personality. With all the focus on templates, though, I don’t think Raynor gets enough credit for how good his greens are. You are not going to have a standout golf course without a set of great greens, and Raynor was able to utilize template greens as a head start toward this. His use of very straightforward interpretations on par-3s, such as a Biarritz or Short, are well know, but he also created some extremely interesting and unique versions of the templates, such as the wacky and awesome punchbowl 8th at Blue Mound or the tilted rollercoaster version of a Maiden green on the 6th hole at St. Louis Country Club. Raynor also showed his talents on the non-template greens, such as the intriguing 3rd at Shoreacres, or even the subtle and confounding green contours at Lookout Mountain. Also, as someone involved in design and building of golf courses, a thing I have learned to greatly appreciate about Raynor’s work is how well it all functions. As Pete Dye once said, golf design is all about making drainage look good. Seth Raynor nailed this — without using catch basins. With his courses being both structurally and strategically sound, there were rarely easy excuses for board members or other architects to meddle with them, which might be why, after 100 years, so many of his courses are still intact and cherished.

Travel
I wish I’d designed that: Four top architects on golf holes that are too good to be true

Brian Curley (panelist since 2011, has played 65 of the Top 100): Some are confused by the flat-bottom bunkers and grass faces in Raynor’s work, thinking there is a Pete Dye look at play. But the use of natural surface drainage (lack of catch basins) and green sites that employ more traditional interior movement rather than edges that fall off are a big departure in Pete’s work. I worked a lot with Pete early in my career and he seemed to always want five flowlines that took water off the greens; this is a huge departure from old school greens. Pete also depleted local suppliers of subsurface drainage! Raynor courses masterly employ subtle but effective surface drainage, resulting in a very natural tie-in to its surroundings.

What are your two favorite Raynor courses, and why?

Urbina: Fishers Island, in New York, and Yeamans Hall, in South Carolina. Granted, I’m biased on Yeamans as I’ve been consulting there for 20 years. But I love the beauty of the lowland country, the throwback atmosphere and the sheer pleasure of the walk. Fishers Island gives you all of Raynor’s brilliance in a setting unlike any other. It makes you wonder what might have happened if Raynor had gotten the chance to design Cypress Point.

Freeman: Yale University, in Connecticut, and Fishers Island. Yale plays over heaving, rambunctious terrain, employing the classic strategies of Raynor all while fitting a heroic landscape for hitting a piece of rubber over terra firma. Fishers Island utilizes the vistas of terrific seaside landform into a classic period piece of golf where Raynor skillfully located greens atop hillocks, pinnacles and seaside.

Lapper: Fishers Island is unquestionably the certifiable masterpiece of pure Seth Raynor. Its routing takes you through hillocks, heaving waterside terrain and delicate inlet necks and across 360 degrees of any wind’s compass. The scale of Raynor’s templates range from massive (5th, Biarritz) and elegant (4th, Punchbowl), to intimate and delicate (16th, Short). The array of horizon greens found here is also notable and unparalleled — one could never tire of it. Yeamans Hall and Shoreacres are tied as my second favorites. The former is set in the South Caroline lowlands, weaving through draping live oaks and scrub brush. Again, Raynor elegantly lays down 18 wonderful holes with all the templates that mark his style. His creative genius is to make a flat property naturally resonate with charm and interest. Shoreacres, set into the wooded ravines along Chicago’s north shore, accomplishes the same by carving the templates into a property that seems to fall off nearly everywhere. It plays beautifully and never disappoints. 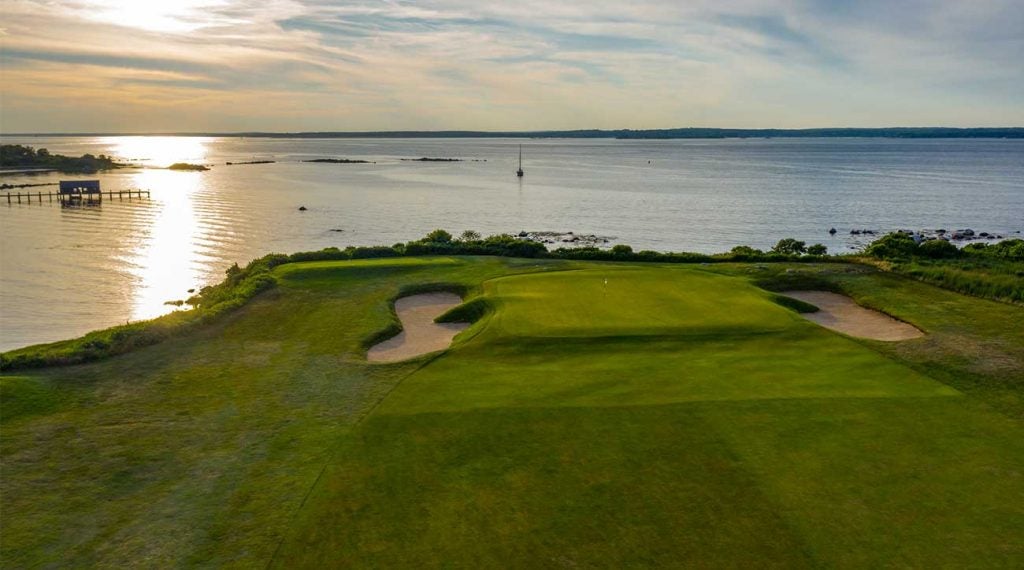 Seth Raynor's Fishers Island is known as one of the top golf courses in the world.
LC Lambrecht

Brown: Camargo Club, in Ohio, and Fishers Island. I admire Raynor’s Camargo near Cincinnati, one of Raynor’s final designs before his premature death. Its rolling topography really holds your interest. The transitions into the greens are among Raynor’s finest work with the par-5 2nd hole as a primary example. The USGA holds U.S. Amateur qualifying at Camargo, and stories of out-of-state applications flooding the Far Hills, N.J., headquarters are legendary. Fishers Island is Raynor’s visually spectacular, seaside legacy work. Golf at Fishers provides an opportunity to escape into the outdoors and enjoy fresh air off the Atlantic. Raynor chose a simple routing to explore the island, incorporating the shoreline into many of the greensites. Gil Hanse singled out the magnificence of the 4th hole, and the 5th Biarritz is one of the most dramatic par-3 carry shots to a clifftop green around, where I witnessed club champion Will Rubinow make a hole-in-one. (I don’t think the champ’s feet have touched the ground yet.)

Goalby: Shoreacres is my favorite solo Raynor course. It has gotten better and better with the in-house restoration work led by former superintendent Brian Palmer, who spiritedly embraced Tom Doak’s master plan. Palmer’s fearless work, including opening up the corridors to reveal the rambunctious slashes around the course, puts a spotlight on Raynor’s wonderful strategy and it has greatly amped up the drama of half the holes. The course routing — mixing the flat, bland Chicagoland prairie with the dramatic ravines spilling to Lake Michigan — also seems like a perfect metaphor for Raynor, the buttoned-up engineer with a bold creative side. My second choice is Misquamicut CC in Rhode Island, an admittedly out-there pick as the course is credited to Donald Ross. However, there are some excellent leftover remnants of Raynor’s work on the front nine, and since it’s one of my favorite places on the planet to hang out and play golf, I am listing it here.

Curley: Being a West Coast brat I have not seen the full menu but loved Fox Chapel near Pittsburgh — superb job overcoming a number of strong slopes — and the funky and memorable Yeamans Hall, although I will be a bit of a contrarian on the par-3 11th at Yeamans. The combination of a severe false front — a term I dislike, by the way — and bunker-to-bunker sides create an over-the-top severity that would encourage ridicule of most architects. Sorry! I once saw a guy putt a ball out of bounds on one of the greens that is just off the edge of the roadway. I also was not a big fan of Lookout Mountain, where there was just too much severe slope to overcome. 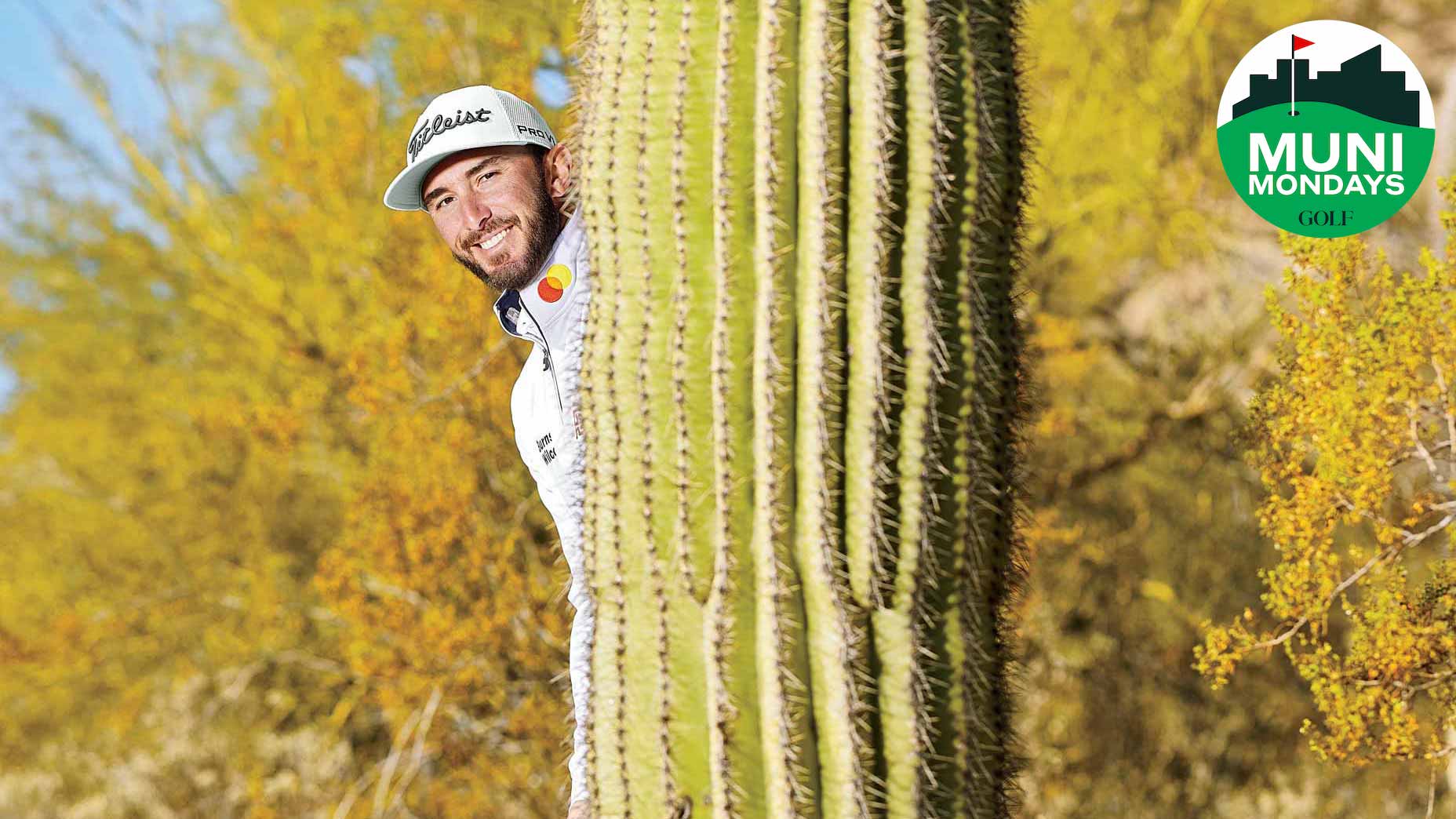