BANDON, Ore. — In recent months, glimpses of the Sheep Ranch, the most eagerly anticipated new golf course of 2020, have been slipping out in tantalizing snippets. This week, though, a fuller picture came into focus when nine holes of the latest layout at Bandon Dunes Golf Resort, designed by Bill Coore and Ben Crenshaw on a stunning piece of coastline just north of its siblings, opened for preview play.

GOLF.com visited southern Oregon for a sneak peak of all 18 holes (the back nine is still being grassed), which will debut to the public on June 1, 2020. Here are 7 takeaways from an eye-popping tour. 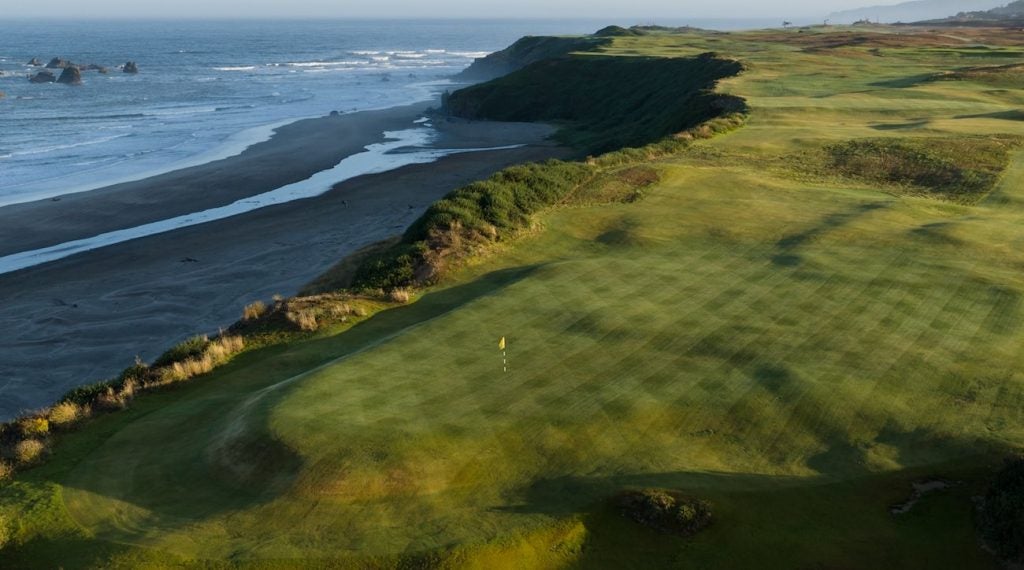 A look back down the par-3 7th hole.
courtesy bandon dunes

1. It’s the coast with the most

The Sheep Ranch commands a mile of coastline, more than any other course at Bandon Dunes, and it makes the most of its seaside stretches, with nine greens set along the water. The inland holes aren’t deprived of drama either, a number of them rising to commanding ocean views. You could argue that 20 years and six course openings later, Bandon has saved its most magical site for last.

2. The ocean is more than just a pretty backdrop…

Depending on the tees, on more than one occasion, including the par-4 6th and 17th holes, the Sheep Ranch dares you to carry a shot over the bluffs. In the continental United States, you’d have to turn to Pebble Beach or Cypress Point to find a course that rivals this degree of seaside derring-do. 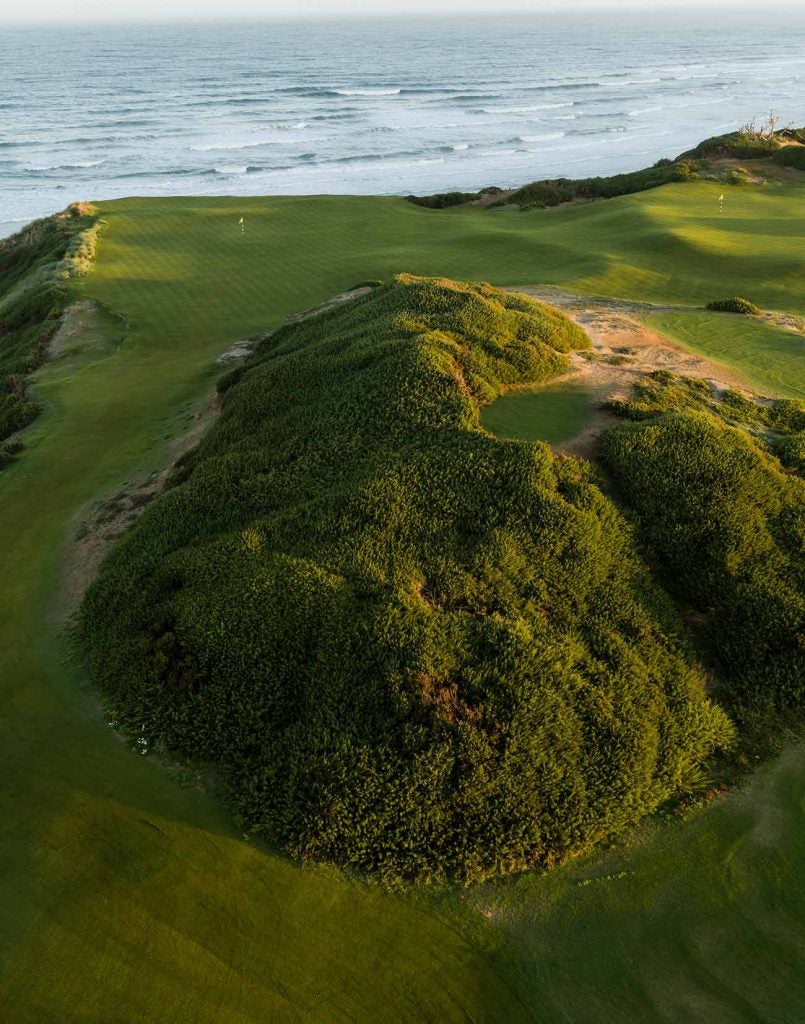 The approach into the green at the par-4 3rd requires a shot over a towering bluff.
Courtesy Bandon Dunes

Like Old MacDonald, its Bandon sibling, the Sheep Ranch is planted to fescue, the turf of true links golf, a fine-bladed grass, less grabby than others, that plays most faithfully to the contours of the land. So, yes, you can try hero shots across the bluffs. But this is a course that encourages the ground game, all the more so because it has not a single sand bunker: only grass bunkers. Most greens are open-fronted to allow for clever run-ups. Bottom line: Even more than Old Mac, it’s a course for the knockdown and the bump-and-run, a canvas upon which you can let your shot-making imagination run wild.

At Bandon Dunes, they shy away from anointing “signature holes.” But if you had to name one, you could make a strong case for the 7th, a mid-range par-3 that plays slightly downhill to a green that backs up to the bluffs, with the ocean stretching boundlessly behind it. It’s a putting surface with the traits of an infinity pool.

The 7th green at the Sheep Ranch.
Courtesy Bandon Dunes

The Sheep Ranch is set on nearly 120 acres, so it’s not exactly pint-sized. But there’s an intimacy to the routing, with a shared green (the 3rd and the 16th) and several fairways that bleed into one another. It’s also the most exposed of Bandon’s courses, with uninterrupted views that stun you with their beauty and tease with clear looks at the holes ahead.

6. Dead trees give the course life

A “snag” is not a bad lie in the rough. It’s a term, common in forestry, for a dead or dying tree that remains standing. Old Macdonald has striking snag on its 3rd hole. And the Sheep Ranch has a host of them, ghostly sentinels that frame tees and fairways and which serve, at times, as targets in the distance. They’re compelling features, and a big part of the layout’s distinctive look and feel. 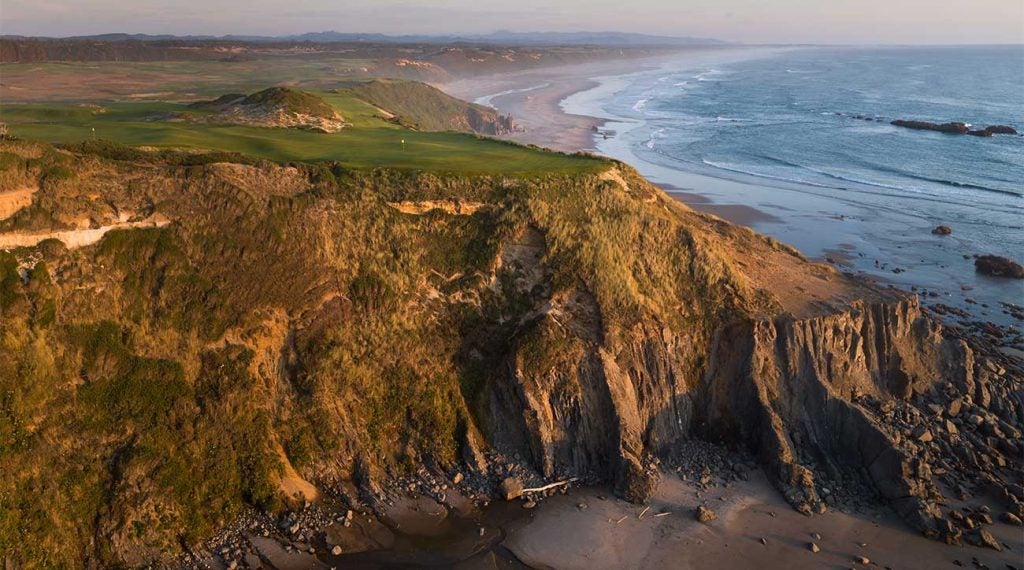 Much of the layout is perched upon cliffs.
Courtesy Bandon Dunes

Bandon Dunes developer Mike Keiser has always encouraged a healthy competition among the architects he hires. Whether or not the designers admit it, they all want to outdo one another, which is all the better for the end result. When Pacific Dunes opened, in 2001, Tom Doak’s layout became the highest ranked course at the resort, an honor it still holds today. But nothing lasts forever. And since grill room debate is central to the Bandon Dunes experience, we might as well say it: Don’t be surprised if Coore and Crenshaw’s Sheep Ranch knocks Pacific Dunes from its top spot.