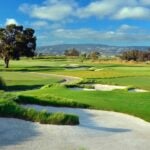 GOLF’s Top 100 course panelists are among the most respected and well-traveled course evaluators in the game. They’re also keen to share their opinions. In this GOLF.com series, we’ll unlock their unvarnished views on all questions course-related. The goal is not only to entertain you but also to give you a better understanding of how to understand and appreciate golf course architecture. You can see GOLF’s latest Top 100 Courses in the World ranking here, and our Top 100 Courses in the U.S. here. Meet all of our Top 100 panelists here.

This week our site unveiled its first-ever ranking of municipal courses (first seen in the June 2021 GOLF Magazine), with a list of the 30 best in the United States. What was your main takeaway from the rankings? Do any surprises or trends stand out to you?

Thomas Brown (has played 95 of the World Top 100): It surprised me that a third of the golf courses on the list were built in golf architecture’s so called “Dark Ages,” the period after the 1930s and before the new crop from Coore, Doak and Hanse. Other than Donald Ross capturing a disproportionate share, the diversity of golf designers represented is notable. Separate from the rankings, twilight-rate golf remains a favorite.

Will Davenport (has played 40 of World Top 100): I was thrilled to see 1 and 2 as Bethpage and Chambers, as I think they are the two titans of municipal golf. And speaking of Bethpage and its two nods, I wonder if we will see more imposing municipal “complex/centers” rather than the humble municipal course of old. Namely, Cobbs Creek project in Philadelphia looks to create another muni powerhouse. It will be interesting to see how that plays out.

Pete Phipps (joined panel in 2021): It goes without saying, but it’s cool to see all those resident rates so low at these sweet municipal courses. Good for all the locals who live in these communities and get to play great designs by Ross, Tillinghast, Raynor, Doak and others at such a fair price. While the rest of us may have to pay more when visiting, we’ll gladly do so in order to keep the costs down for the locals who are out there each week, year round. Putting rankings aside, the whole point of a municipal course is for the locals who aren’t members at nearby country clubs to have an affordable place to enjoy the game.

Hal Phillips (has played 71 of the World Top 100): I, too, thought the mix here was interesting and fun. Something about the municipal category allows us to recognize newer courses — in a way the panel seems less willing to do in the U.S. Top 100 context, for example. We tend to reward older courses simply for being conceived in golf’s so-called Golden Age. Being a Northeasterner, I could argue for a dozen vintage munis in place of a course like Pinon Hills. But I don’t! I also think muni favorites are highly regional, for the simple reason that we don’t tend to travel that far in order to play them. I don’t believe I’ve played 71 percent of these 30 courses. So I’m less inclined to take issue.

What deserving muni didn’t make our list that you’d like to see on our next one, and why?

Brown: Balboa Park in San Diego, but who needs to live in the present – the list of anticipated projects coming online in the next few years is impressive. Last month I was able to walk West Palm Beach Golf Course in its current form as a closed, overgrown golf course and think the potential for the Hanse team to present sandbelt-style golf to a South Florida public golf audience will be the 2022 blockbuster hit.

Phipps: Laurel Hill Golf Club, run by Fairfax County outside DC, deserves a look next year. Not only is it a fun and challenging design (Bill Love, 2005), it’s a neat piece of land that tells an interesting story. The 7th hole gives you a clear view of a former Cold War-era Nike missile facility, created to fend off a Soviet attack on our nation’s capital. Then on holes 10, 11, 13 and 14 you see the old Lorton Prison, which was a functioning prison until 1975. It’s a fine course in a unique setting for a fair price, so maybe it creeps up the municipal rankings in time.

Phillips: Glad to see Triggs and George Wright and Keney Park on this list, but I would be hard pressed to argue for any of them over recently renovated Ponkapoag in Canton, Mass., or the lovely Stiles-designed Riverside in Portland, Maine. Milham Park in Kalamazoo, Mich., is a lovely municipal track, and Miacomet out on Nantucket is pretty amazing: an older, plainer nine subsequently complemented by a killer new nine. When they matched up the bunker styles, voila! And isn’t Pacific Grove a muni? If so, pretty hard to leave that one off.