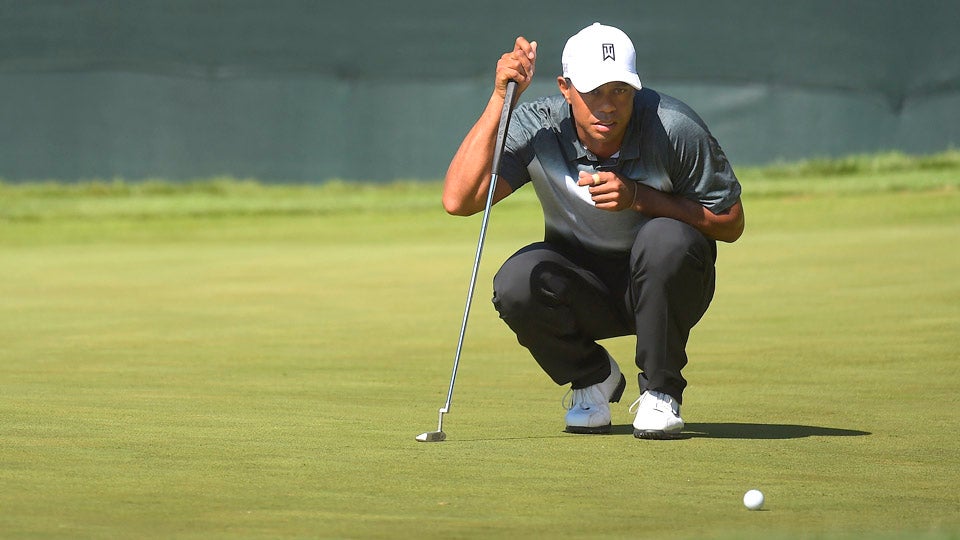 Why does Tiger Woods always mark his ball with a coin heads up? The answer might surprise you.
Stan Badz/PGA TOUR

Here’s a bit of Tiger Woods trivia you might have never heard: The 14-time major winner always marks his ball with the coin heads up.

The habit dates back 20 years to an admirable act of sportsmanship by a then-19-year-old amateur named Steve Scott.

Woods and Scott went toe-to-toe in an epic duel in the final of the 1996 U.S. Amateur. Woods, the rising star and reigning two-time U.S. Am champ, needed to beat the unknown Scott to win his third straight title.

Scott was 2 up on Woods with three to play, and while putting on the 16th — the 34th hole of their match — Scott asked Woods to re-mark his ball to the side of his original mark so it wouldn’t be in Scott’s line. Woods did, but after Scott putted he noticed that Woods had not moved his ball back to its original location.

If Woods would have putted without moving his ball back, he would have been penalized with a loss of the hole, thereby losing the match to Scott. But Scott had no interest in winning on a rules technicality. He quickly alerted Woods, who moved his marker back to its orginal position. Woods then made the birdie putt, won the hole and later the match — the preface to what would become a historic professional career. Twenty years later, after both players were interviewed for GOLF Films, Scott said he doesn’t regret his honest decision.

“You should win the match with your clubs,” he said, “not because of a rules gaffe.”

“I did forget (to move my ball back),” Woods said. “For him to (remind me) was pretty remarkable. Ever since that one moment I always mark my marker heads up, and if I ever move my coin or someone asks me to move it, I always move it to tails, so when I look down at my ball if it’s showing tails, that means I moved it. That’s true sportsmanship (what Scott did). A testament to what the game of golf is all about.”

You can watch the entire film here.

‘It is my mind that can’t take it’: Jon Rahm says he’ll take 4 weeks off after missed cut
Go to mobile version