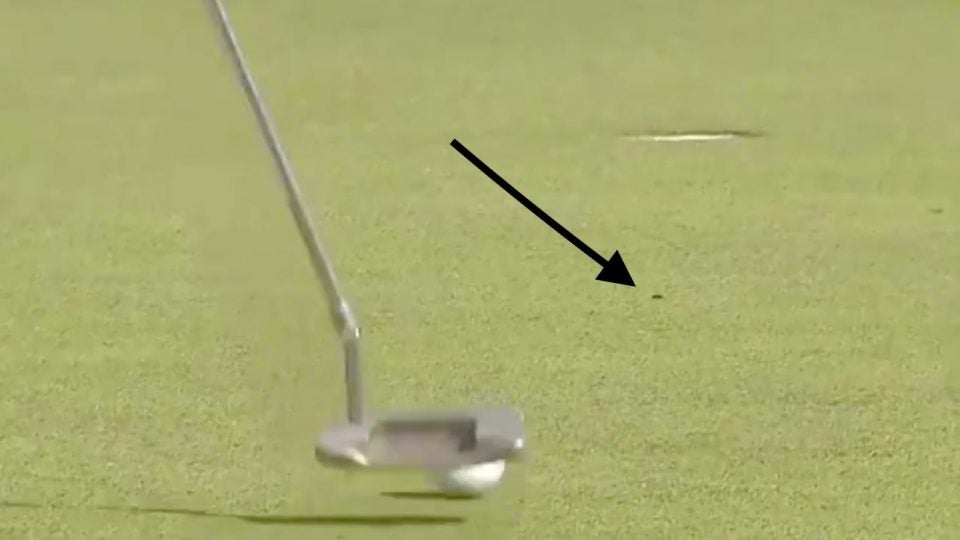 Paul Casey is having a nice run at the European Tour’s Porsche European Open in Germany. The 42-year-old Englishman is currently in third place at eight under par overall and one shot behind the leaders after rounds of 66-73-69.

But Casey was nearly penalized during his second round for a very bizarre reason. Check out the video below:

On one of Casey’s holed putts, his ball rolled directly over a bug on the green while en route to the hole. The Rules of Golf stipulate that if a ball in motion hits a person, animal or object on the putting green, the stroke must be replayed. A bug, in this instance, is considered an animal.

But Casey did not replay the shot, and he wasn’t notified of the potential breach until he was in the scoring area and an official showed him a video of what transpired. The good news? Because Casey didn’t knowingly hit the bug on his putt, the replay rule didn’t apply, and he was in the clear.

“Almost a Rules infraction, and I had no clue,” Casey says in the European Tour video posted above. “Ants and bugs and beetles, you know, we’ve got to protect them.”