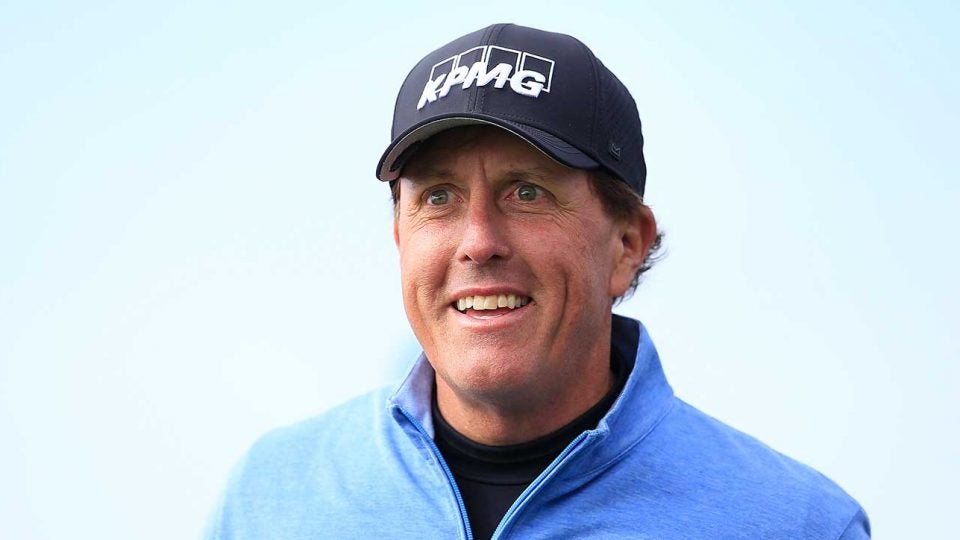 Phil Mickelson might be the mayor of New York, but he’s also the owner of the AT&T Pebble Beach Pro-Am.

Mickelson is back in contention at Pebble Beach, looking for his first victory since winning the AT&T a year ago and his sixth (!) win at the event, all-time. He sits just two strokes back of the lead, but it’s no surprise he’s playing well—Mickelson said after finishing in the top-10 at last week’s Saudi Open that he was beginning to feel his game round into form.

Of course, after years of watching Phil’s game, we know one thing: when he’s on, his short game is as good as it gets. But we’re not even sure Lefty could’ve predicted a performance like this.

Mickelson’s been ALL OVER the pin from the sand all afternoon long, and on the par-4 13th hole, he finally cashed in his efforts.

How’s THAT for a sandy?

The birdie on the 13th pushed Phil to 14 under on the week, good for second place on the tournament.

But Mickelson wasn’t done there. On the next hole, the par-5 14th, he faced a tricky chip from the green’s false front and did it again! Phil knocked a bump-and-run off the flagstick and into the hole for a second-straight birdie. With only a few holes left, Lefty sits two strokes back of Nick Taylor at 15 under.

With the way his short game’s been working for him Saturday, Mickelson might be better off leaving the putter in the bag for the rest of the week.