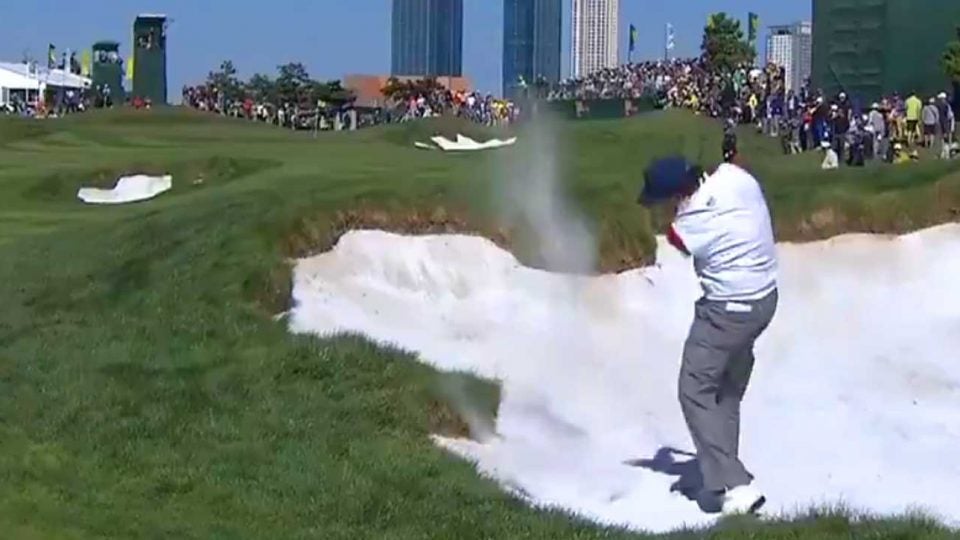 A freeze frame from the supercut video of Phil Mickelson's best shots of the decade.
@MickelsonHat

As 2019 nears its end, the golf world, much like the rest of the world, is looking back at the year and decade that was. The nostalgia train is running at full capacity and speed as fans, pros, and journalists remember the greatest moments of the past 10 years.

That includes the team that runs the KPMG Mickelson Twitter account (@MickelsonHat), which served as a quasi-official Phil account before he joined up himself and took Twitter by storm last year. The team at KPMG Mickelson deals less in jokes likes their namesake, and more in swing videos, tournament recaps, and other official news about Mickelson.

To commemorate Lefty’s wildly successful decade on the course, they shared a supercut video produced by the PGA Tour featuring all of Mickelson best shots of the last 10 years, including highlights from his seven Tour victories and multiple U.S. team appearances since 2010.

It’s a lot of action packed into a concise 131 seconds, and whether or not you’re a Phil fan, those two minutes will be well spent.

The best of @PhilMickelson’s decade. It doesn’t get much better.

We estimate about a million thumbs up occurred. 👍🏽 #LetsGoLefty pic.twitter.com/WsCpHCV7ug