What will the U.S. Open winning score be? Here’s what Winged Foot’s club champions think 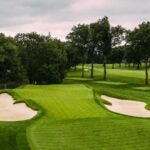 In order to get some on-the-ground insights into this week’s U.S. Open, we sat down with five Winged Foot club champions to break down a series of questions that only course insiders would really know how to answer. This is the second part of that roundtable. Part 1 is here.

One of the biggest differences of a major championship week is the volume of scrutiny, Monday through Sunday. Unlike a typical PGA Tour week, where the action can fly under the radar until golfers tee off Thursday (or, some weeks, until they’re coming down the stretch on Sunday), the attention comes early and often during a major week. It’s only Tuesday, but you’ve already seen more than enough ball-dropped-in-rough videos. It’s a bit of a tease that it’ll still be two days before we see that rough in action.

But this is U.S. Open week, which means it’s course conditions week. That’s just how it goes. How fast are the greens? How tight are the fairways? How firm are the landing areas? And yes — how long is the rough? And finally, once you put all that together, what will it mean for the best golfers in the world? What will they shoot? What will it take to win?

For those of us on site, the answer, for better or worse, usually comes down to some version of, “I don’t really know.” I’m hoping to traipse Winged Foot over the next couple days in search of an answer, but I figured it was a far better bet to get some actual experts to weigh in: players who have won at Winged Foot before. Enter our club champion roundtable.

Dylan Dethier:, GOLF: Let’s get to prediction time. What will the cut be and what will the winning score be at Winged Foot for the U.S. Open?

Dethier: Do you see anyone under par?

Putman: I think it’s going to be +2. And that guy is trying to get it under par coming in, and he’s like, even par with three to go and he bogeys two of the last three. He still wins, but he’s really trying to grind it to get under par. Doesn’t happen.

Robbie Williams (2013 club champ): Maybe this is just recency bias. And if [director of golf courses] Steve Rabideau is watching, then take it as a challenge, Steve. I think that, you know, from a scoring perspective, the course might be a touch easier than it was in ’06 for two reasons. (Ed. note: In 2006, Geoff Ogilvy won at Winged Foot with a score of 5-over 285; the cut line was 9-over 149.)

And then the greens, because they’re so pure and so perfect, they’re going to be a little bit easier than they were in ’06 because they were bumpy and you didn’t have such great technology and great greens staff to really keep those greens so pure. So, you know, if you hit a good putt, you know it’s in from the second you hit it.

And these guys are so good now, I just think that the gap between the DJs and the Rorys of the world vs. the Colin Montgomeries and, you know, Phil not hitting any fairways that week. I think there’s a chance they go under par. So I’m going to go 2-under and call [the cut] 148.

Dethier: What are the Winged Foot members rooting for this week? What are you guys and the rest of the membership hoping will happen?

Bugniazet: But I will add: We want a fair test. A very fair test. You don’t want to hear that players — I don’t think people realize that on the West Course, even if we’re playing it as easy as it could be, on an outing day, there’s still really no let-up. And I think in U.S. Open conditions they’re going to realize, when they get to about 13 and they’re even par and they still have to hit a few more shots, they’re gonna go, “Oh boy.”

I guess my point is that it’s a demanding 18 holes and we don’t need to trick it up. Of course, there’s the rough, and the greens will be quick. But I think it’ll stand for itself.

Putman: I concur with Eddie. I just want to show that the golf course is super fair. It is! You make a mistake and you get punished. If someone rolls one off the green, they’ve hit a bad shot.

So there’s not going to be any of this, “Oh, it’s a Mickey Mouse setup, the greens are unfair.” I think if we hear that commentary it may be from somebody who’s having a really bad day, but tee to green I think it’s all right there in front of you.

There’s no BS out there, no trick shots, no really weak holes, no ridiculous holes. So I just want to hear that it’s fair and hard and demanding and you had to hit every shot just right. So every part of your game had to be really good to win. So unless we get a Tiger-esque U.S. Open from 2000 at Pebble Beach, it’s over par. It’s gotta be.

Williams: I think most members are going to say they want a higher score. Frankly, I’d love a scenario where there’s one guy under par. I think 1 or 2 under and he’s the only person who did that, I feel like that would be a tremendous accomplishment. Walk off that 18th green exhausted. It really would show that he was the best player in the world that week and he proved it; he earned it. So I’m rooting for that — but I wouldn’t hate to see plus eight, either.

Boudria: Listen, Jeff [Putman] kind of said it. The beauty of Winged Foot is that it’s all right in front of you. Every tee shot, every pin, you can see from the fairway. I think a fair, just old-school U.S. Open test. You’re in New York and [Winged Foot] hasn’t had it there since ’06. I think the players are going to love it and I know Gil [Hanse] and the club really worked hard on the place for the last five or six years and it’ll be great to show it off and just really challenge all the Tour players.

To recap, here are those expert predictions: