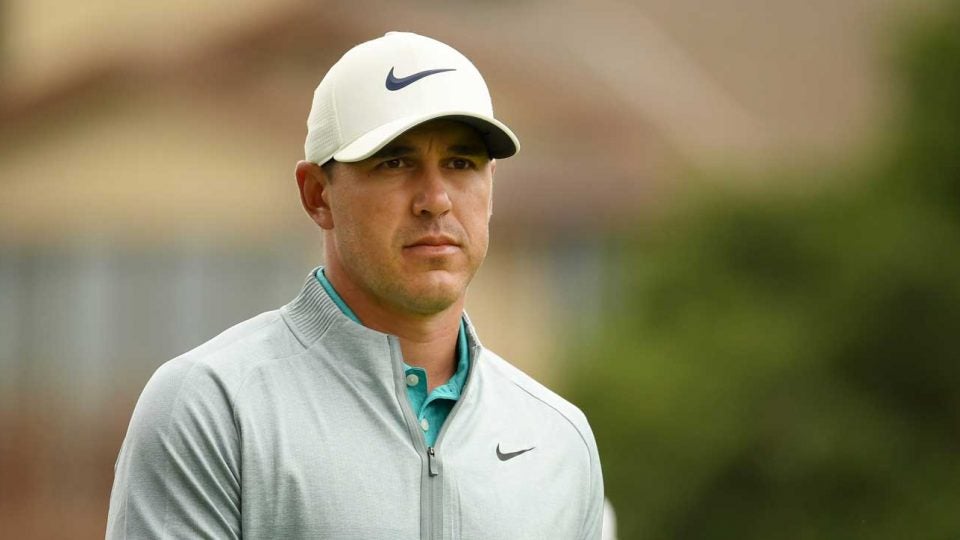 PEBBLE BEACH, Calif. — Brooks Koepka is on a mission. The man who has won four majors in the last 24 months is chasing down his fifth Sunday at Pebble Beach, and that chase has become a sprint.

Koepka birdied four of his first five holes Sunday afternoon at the U.S. Open. After starting the day four shots back of leader Gary Woodland, Koepka birdied the 1st, 3rd, 4th and 5th holes — and he made it look easy. Sandwiched in between was an all-world par on the 2nd hole, where Koepka hacked from the rough left, to the rough right, chipping on to one foot and tapping in for par.

While struggling with his putting throughout the first three rounds, Koepka has made just one bogey in his last 44 holes. On Sunday, those putts finally started falling.

Woodland didn’t ease up, making a couple birdies of his own, but Koepka kept pushing on from the group ahead of him. Could it be history in the making? Koepka is trying to become the first back-to-back-to-back U.S. Open champion since Willie Anderson did so more than 100 years ago.

Check out Koepka’s early birdie barrage in the tweets below.

Are we sure he’s human? #USOpen pic.twitter.com/ZOVskLcpbM

Koepka birdies 3 of the first 4 to pull into a tie for 2nd. #USOpen pic.twitter.com/9OyEdNuyFZ