U.S. Open 2019: Ranking the 8 best ways the U.S. Open can finish on Sunday at Pebble Beach

Gary Woodland leads. Justin Rose lurks. Brooks Koepka hunts. The final round of the U.S. Open at Pebble Beach is bound for a fantastic finish on Sunday, but some outcomes are simply more intriguing than others. Here are the eight best ways this U.S. Open could end — with apologies to Tiger Woods and Phil Mickelson, because this list only includes realistic possibilities.

Here are our candidates:

Chez Reavie! Chesson Hadley! Matt Wallace! Reavie’s only PGA Tour win came in 2008 (at the RBC Canadian Open), and Hadley’s came in 2014 (at the alternate-field Puerto Rico Open). Wallace has won four times on the European Tour, three of which came last year. This is only his seventh major appearance, but his best finish in one came last month, when he tied for third at the PGA at Bethpage Black. 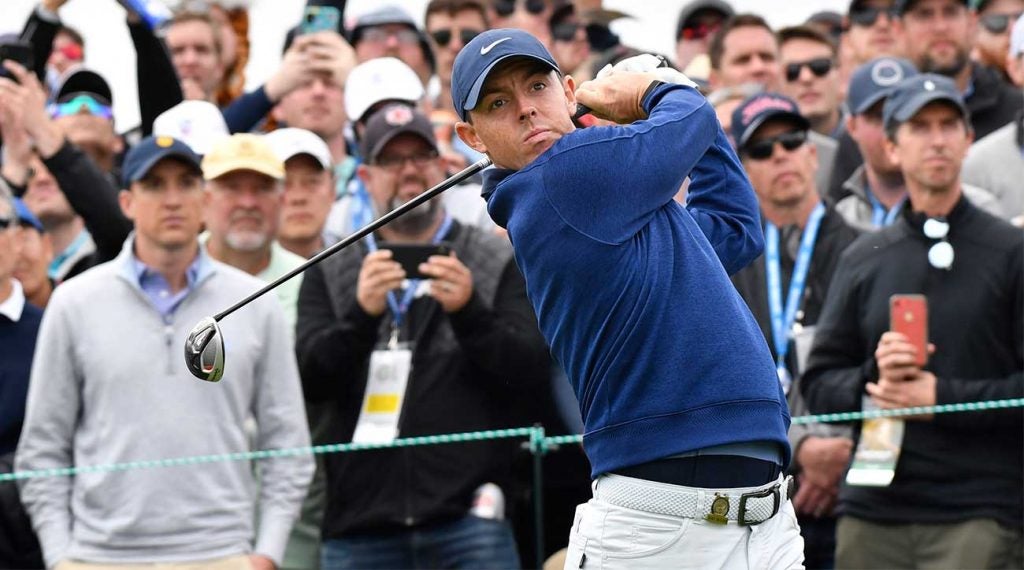 Rory McIlroy tees off during the third round of the U.S. Open.
USA Today

Lurking are Louis Oosthuizen, Danny Willett and Graeme McDowell. One, Oosthuizen, won the 2010 British Open at St. Andrews and seems to always play well in majors (17 top 25s!). Another, Willett, won the 2016 Masters before hitting a rough patch afterward. And, lastly, you might remember McDowell from when he won the last U.S. Open at Pebble, in 2010. Not that the Hall of Fame will be calling for any of them soon, but you have to admit, a Pebble U.S. Open paired with either a Masters or St. Andrews win, or in McDowell’s case two Pebble Beach victories, looks pretty good on a resume.

The ball-striking maestro gets it done at Pebble Beach to claim his second major title and 11th career PGA Tour victory (to go with 12 European Tour wins). A win would give Rose two majors. His first came at the 2013 U.S. Open at Merion.

He’s uber-talented and his fiery demeanor makes him a captivating player to watch. Would one major title open the floodgates? We’re bound to find out someday.

Tournaments
Tour Confidential Daily: Who will come out on top and win the U.S. Open?

The 35-year-old former college basketball player has sniffed major success before — T8 and T6, respectively, in the last two PGA Championships — but has yet to break through. He’s won three times on the PGA Tour and was the co-star of one of golf’s most viral moments in February. If you don’t have a horse in the race, maybe Woodland is your guy.

Major-less Matt Kuchar has had quite the season. He won in November and January, but he’s made headlines in other ways, too. First there was CaddieGate, then there was SergioGate and, most recently, there was DivotGate. Kuchar’s wild season could get even crazier.

There’s nothing better than a star player storming up the leaderboard on major Sundays, and what would top McIlroy, one of the streakiest and most popular players around, bobbing up and down the fairways as he makes birdie after birdie and, ultimately, captures his fifth major title and first in five years. This, of course, would only be bested by one possible outcome…

Love him or hate him, you can’t argue the significance of Koepka winning his third straight U.S. Open title on Sunday night. The numbers would be staggering: back-to-back major wins, four of the last six and five of his last nine. He’s four back, but you’d be a fool to count him out come Sunday.