Wall-to-Wall Equipment: Why Justin Thomas tweaked his driver with $15 million at stake 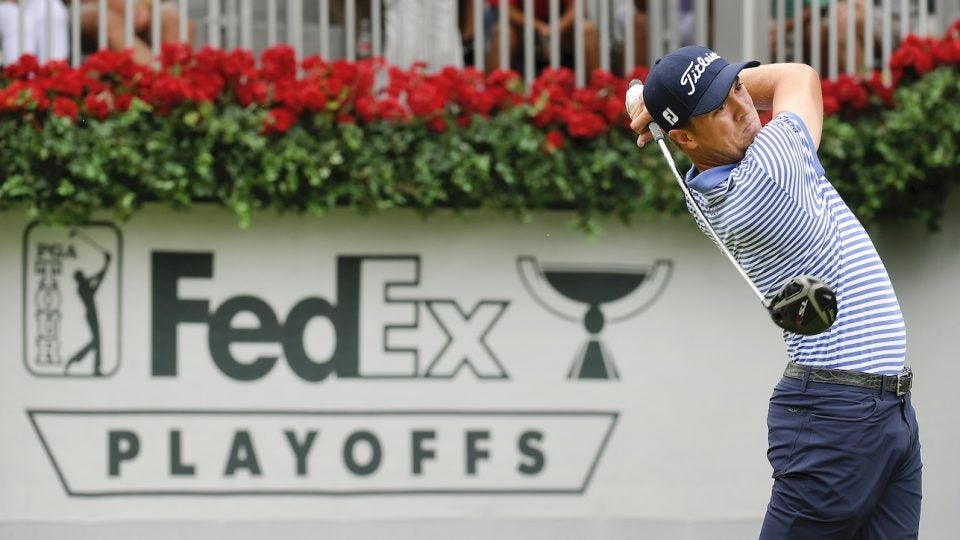 Justin Thomas replaced one Diamana shaft with another in Atlanta.
Getty Images

Welcome to Wall-to-Wall Equipment, the Monday morning gear wrap-up in which GOLF equipment editor Jonathan Wall takes you through the latest trends, rumors and breaking news in the world of professional golf.

Coming off one of the most dominant performances of the season at the BMW Championship, Justin Thomas chose to shake things up at the top of the bag in Atlanta, replacing the Mitsubishi Diamana BF 60TX shaft in his Titleist TS3 driver with a Diamana ZF 60TX.

While Thomas was nearly perfect with every club in the bag at Medinah, he ranked 41st in driving accuracy, catching the fairway just 62 percent of the time. The lack of consistency with the big stick led Thomas to test out other options early in the week, including Diamana ZF.

“Despite Justin’s winning score at the BMW at Medinah, he felt like he got away with a few drives, especially when he was hitting his low cut shot,” said Titleist Tour rep J.J. VanWezenbeeck, who worked with Thomas on the driver shaft.

According to Mitsubishi, the new ZF shaft offers a new MR70 carbon fiber in the tip and butt sections that’s 20 percent stronger than “conventional materials.” When compared to Thomas’ previous BF shaft, the ZF is moderately stronger and more stable in both sections, with a slightly softer, more active midsection to help transfer energy more efficiently at impact.

Not all grasses are created equal. At least that turned out to be the case for Xander Schauffele during his early-week prep work on the putting greens at East Lake. As a former Tour Championship winner, Schauffele hasn’t struggled on the MiniVerde bermudagrass greens. However, a recent switch to Odyssey’s Stroke Lab Tuttle mallet led to an interesting discovery this year. 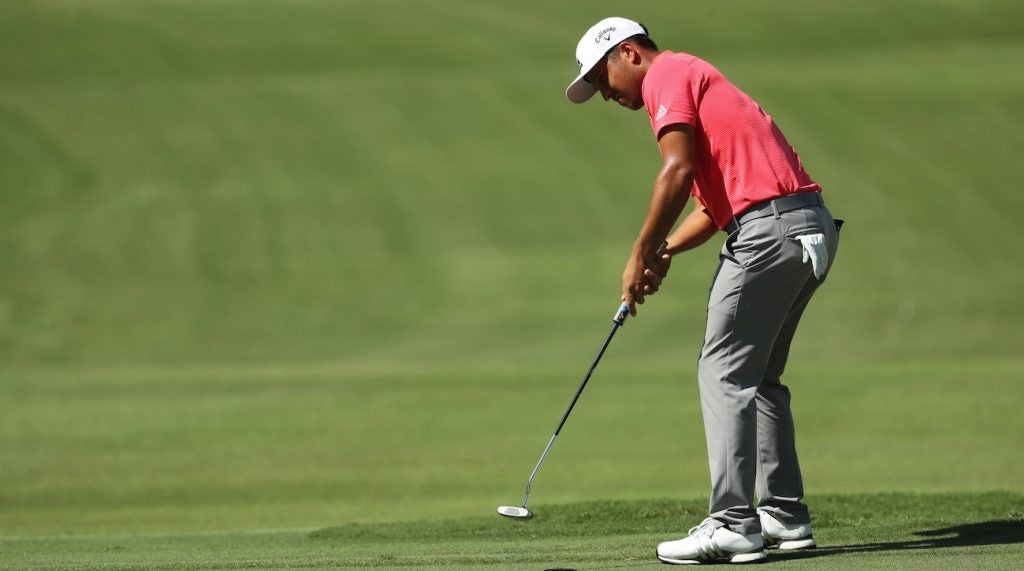 On certain grasses, East Lake’s included, Schauffele noticed the mallet would sit open at address. The revelation prompted Callaway’s Tour team to perform some surgery on the flatstick to ensure the 25-year-old wouldn’t have to manipulate the face at address.

The front portion of the sole was ground down to get the face square. From there, 7.5 grams of lead tape was added back to the sole to ensure head weight was identical.

Schauffele would go to finish runner-up at the Tour Championship while ranking 13th in strokes gained: putting for the week.

With East Lake placing a premium on driving accuracy, Adam Scott chose to go back to a familiar shaft in his Titleist TS3 driver. The Aussie swapped Mitsubishi’s KuroKage XTS for Graphite Design’s Tour AD-DI 8X shaft — better known as the shaft he used in his 913D3 when he won the 2013 Masters. 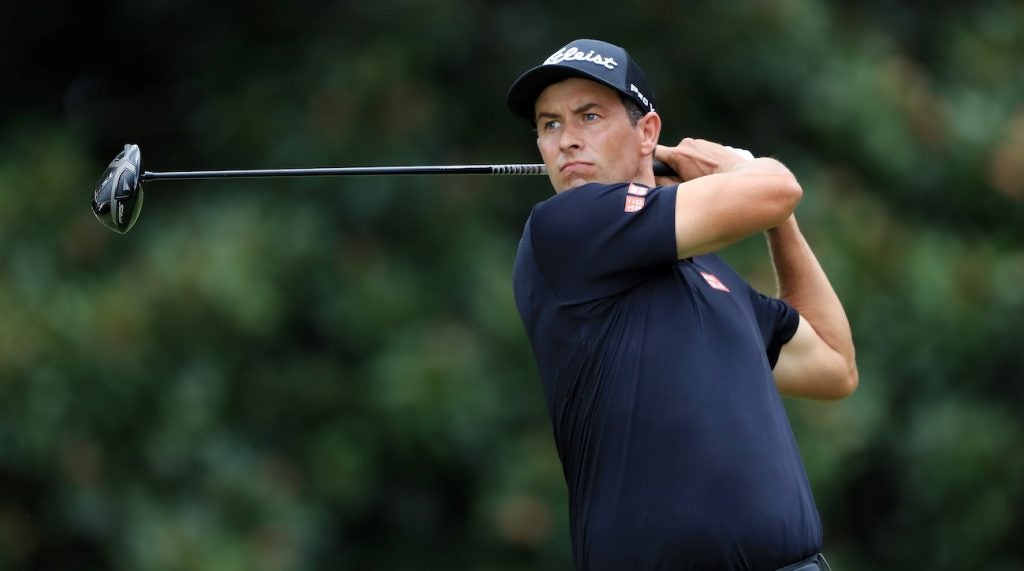 Titleist Tour rep J.J. VanWezenbeeck noted Scott felt the extra load on the AD-DI “helped the club draw and match the feel in the rest of his set.”

Back to the blade

Bryson DeChambeau traded in one Sik putter for another, swapping the “Flo” mallet he started using at Colonial for a blade-style version that played a role in all five of his PGA Tour titles. DeChambeau’s Sik Pro C-Series features the company’s DLT (Descending Loft Technology) planar face, whereby loft descends by one-degree to achieve a consistent shaft angle at impact. The end result is a putter that optimizes launch for a consistent roll.