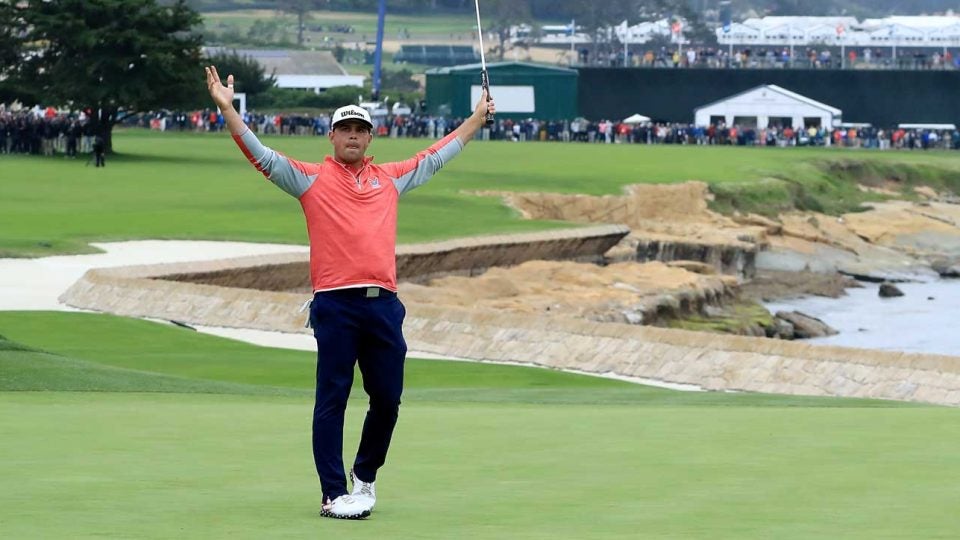 PEBBLE BEACH, Calif. — The U.S. Open favors ballplayers. Jack Nicklaus (four wins) was a ballplayer. Hale Irwin (three wins) was a ballplayer. Brooks Koepka (two) is ballplayer. Gary Woodland of Topeka, Kansas, our new national champion in men’s golf, with a Wilson baseball hat on his large head and athletic tape on two of his beefy fingers, is a ballplayer’s ballplayer. Viewed that way, his win here, his salmon windbreaker offering about the only color on a gray and dank Sunday, is nothing like a surprise. He’s out of the mold. The surprise is that he did what very few ever do: playing for the first time in the final twosome on the final day of a major, he never showed a hint of flinch. His play was as solid as his physique. Talk about rock-steady. Yes, he made two bogeys. In response to these hiccups his broad, impassive face seemed to say, No big whoop. What-me-worry is a beautiful thing. 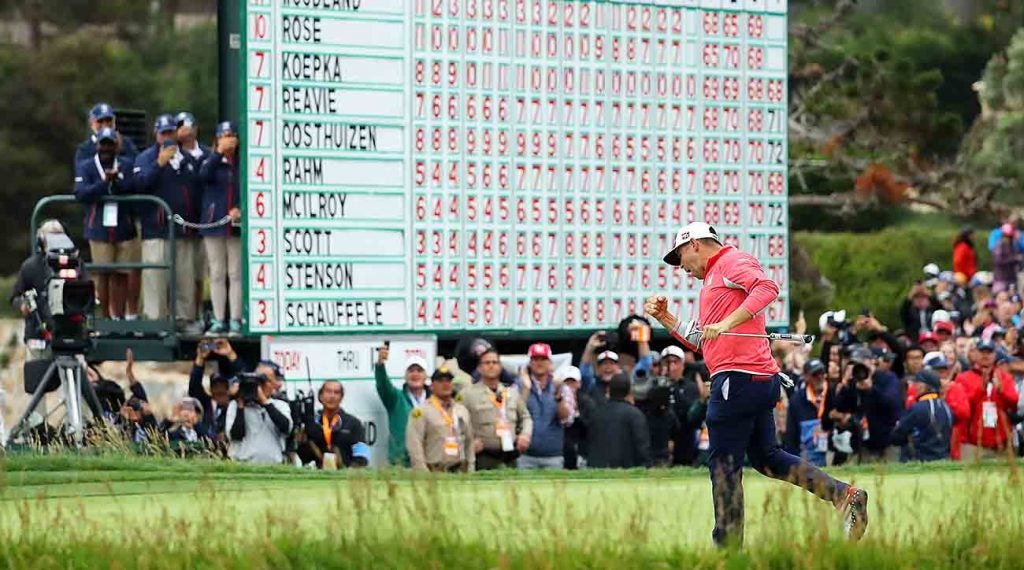