‘Have you seen a worse golf shot?’: Tyrrell Hatton mocks his own approach shot 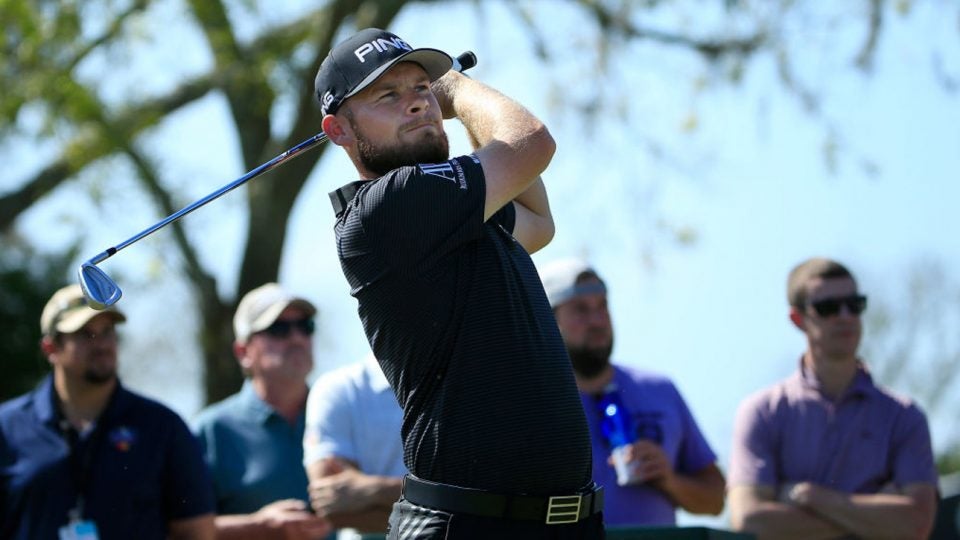 Tyrrell Hatton is willing to poke fun at himself when hitting a bad shot.
Getty Images

Every golfer has hit a bad shot in their lives. When that happens, it’s important to take it in stride and make fun of yourself.

Take Tyrrell Hatton for example. During Saturday’s third round of the Arnold Palmer Invitational at Bay Hill Club & Lodge, the 27-year-old Hatton hit an approach shot at the par-4 ninth hole that was roughly 30 yards off target. The ball fell short and right of the green between two bunkers.

Needless to say, Hatton was not happy about how his approach shot fared. But he was able to make light of it in a funny back-and-forth with his caddie.

“Have you seen a worse golf shot?”, Hatton said to his caddie. After his caddie didn’t give him the answer he wanted, Hatton pressed him by saying, “No, answer the question.”

Hatton’s caddie finally responded by saying no. And that was exactly the response Hatton was looking for.

“That was terrible,” Hatton responded to his caddie. Here’s the audio and video footage of the exchange.

After the missed approach shot with his iron, Hatton recovered nicely with a chip shot that put him a foot away from the pin. He then sunk his putt and settled for par.

Hatton’s 6-under 66 performance on Saturday consisted of seven birdies and only one bogey. At 5-under through 54 holes, Hatton is only four shots back of the lead heading into Sunday’s final round.