Four things to know about the Stadium Course at TPC Scottsdale

The PGA Tour continues its West Coast swing this week when it heads to Arizona for the Waste Management Phoenix Open. The event, which is also known as ”The Greatest Show on Grass”, has been held at the Stadium Course at TPC Scottsdale since 1987. Here’s everything you need to know about one of the most fan-friendly courses on the Tour schedule. 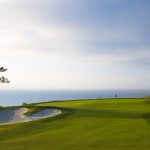 You may also like Six things to know about Torrey Pines, the home of the Farmers Insurance Open

The origin of the course: The PGA Tour commissioned course designers Tom Weiskopf and Jay Morrish to build a new course to host the Phoenix Open that was similar to that of the Stadium Course at TPC Sawgrass in Ponte Vedra Beach, Florida, the home of the Players Championship. The goal was that every spectator at the event could have a good view of the tournament. Thus, in 1986, the Stadium Course at TPC Scottsdale opened for business. The following year, it began hosting the Phoenix Open and has so for over 30 years.

The design of the course: The par-71, desert-style course runs 7,266 yards from the championship tees and offers golfers four different tees to use. The championship black tees, the players blue tees, the resort white tees, and the forward red tees are all available to players at the Stadium Course, which has three par-5’s and four par-3’s. The course features forgiving fairways, considerably large greens which run fast, and over 70 bunkers that are strategically placed in the fairways and around the greens. The fairways and greens are both made from TiffDwarf grass. Another intriguing component to the course is the role of water, which comes into play on six of the course’s holes.

Longest holes on the course: The par-5 third and 13th holes both run 558 yards from the championship tees.

Shortest hole on the course: The iconic par-3 16th hole runs 163 yards from the championship tees. We’ll have more on this famous hole later this week.