Why Rory McIlroy says the U.S. Open setup at Pebble Beach is high-stakes for the USGA

DUBLIN, Ohio — The USGA will face extra scrutiny at this year’s U.S. Open based on the way they set up Pebble Beach Golf Links, and you can count one former champion among those who will be taking careful notice. On Wednesday at the Memorial, his final tuneup for the year’s third major, Rory McIlroy expressed optimism that the USGA will get the setup right, but cautioned that the governing body could face “a problem” if things go awry in California.

McIlroy introduced his remarks by clarifying that he feels he has a good relationship with the USGA — but he believes they’ve had their misfires in recent years. “I’ve had a pretty good dialogue with them back and forth. And do they seek our opinion? Just like some of the other tournaments do. There’s obviously guys from the USGA here this week, and they’re trying to do as good a job as they can.

“I think they’ll admit they’ve made a couple of mistakes over the last couple of years. Everyone does. And I think we should give them the chance to redeem themselves. If they can’t redeem themselves at Pebble Beach, then there could be a problem.”

McIlroy’s comments came in light of a recent Golf Digest survey that included a juicy detail that some players had threatened to boycott the event, including McIlroy and Dustin Johnson, after the mishandling of a rules situation on Sunday at Oakmont in 2016. Some players have expressed dissatisfaction about each of the recent U.S. Opens: The greens at Chambers Bay in 2015, the Johnson ruling at Oakmont in 2016, a too-modern (and too wide) approach in 2017 at Erin Hills and pandemonium on a baked-out Shinnecock in 2018. 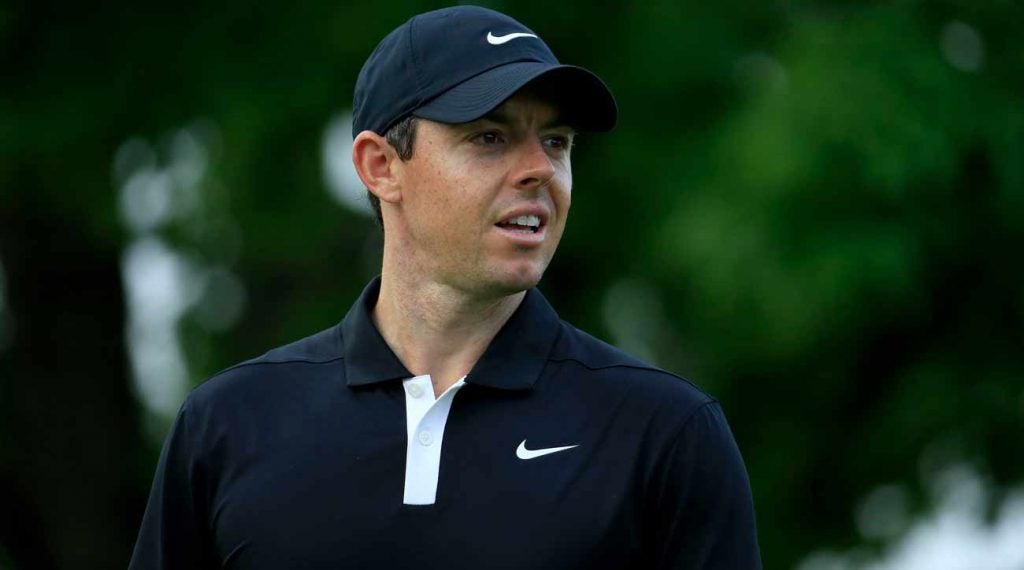 Rory McIlroy is hoping the USGA gets it right at Pebble Beach.
Getty Images

McIlroy added that while he appreciates the USGA reaching out, he’s not sure that he’s the correct person to be offering them advice. “I think they did [reach out], but opinion on what? How to run the golf tournament or how to set the golf course up? I don’t run golf tournaments and I don’t set golf courses up. So I think they should seek the opinion of people that do that every week.”

When pressed as to his ideal U.S. Open setup, McIlroy returned to a childhood vision of his own, in which the event is distinctly different from any other test on Tour.

“I guess in my head growing up watching the U.S. Opens, that was what my perception of what a U.S. Open was. It was tight fairways, it was thick rough. It was a premium on accuracy and precision. And I think some of the golf courses we played and some of the setups over the last couple of years went a little bit away from that.

“We play one Open Championship a year, we don’t need to play two. I think it’s just lost its identity in terms of what it is, and I’d like to see them go back to that, because it worked. It really worked.”

McIlroy tees off Thursday morning at the Memorial alongside Justin Thomas and Jordan Spieth.