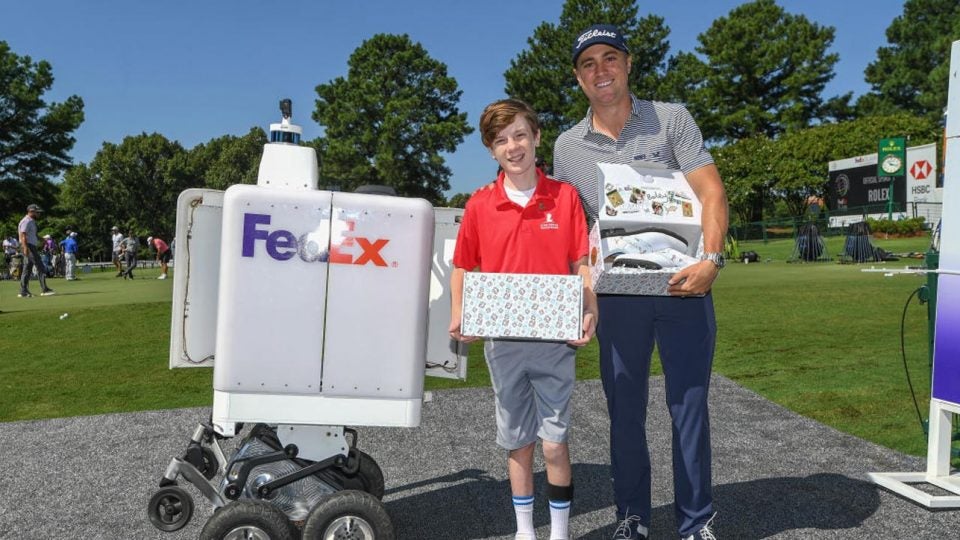 Justin Thomas will be rocking a cool pair of shoes this week.
Getty Images

Justin Thomas is playing in the WGC-FedEx St. Jude Invitational this week at TPC Southwind in Memphis, and he’s going to be rocking a pretty special pair of shoes.

Earlier this summer, St. Jude and FootJoy were looking for someone to design a pair of shoes for Thomas to wear for the event. It didn’t take long for the two companies to find that person: 14-year-old Bailey Jessop.

Jessop was diagnosed in 2017 with osteosarcoma, which is a type of bone cancer. When he was a patient at St. Jude’s in Memphis, Jessop began entering teen art contests. But he’s now cancer-free, and Jessop is taking graphic art classes five days a week. Fair to say he was the perfect person for the job.

The shoes feature Bailey’s two Boston terriers, the Memphis pyramid to represent his hometown, fish that represent his love of fishing, and a golf ball on a tee. His name is inscribed on the tongue of the shoes. 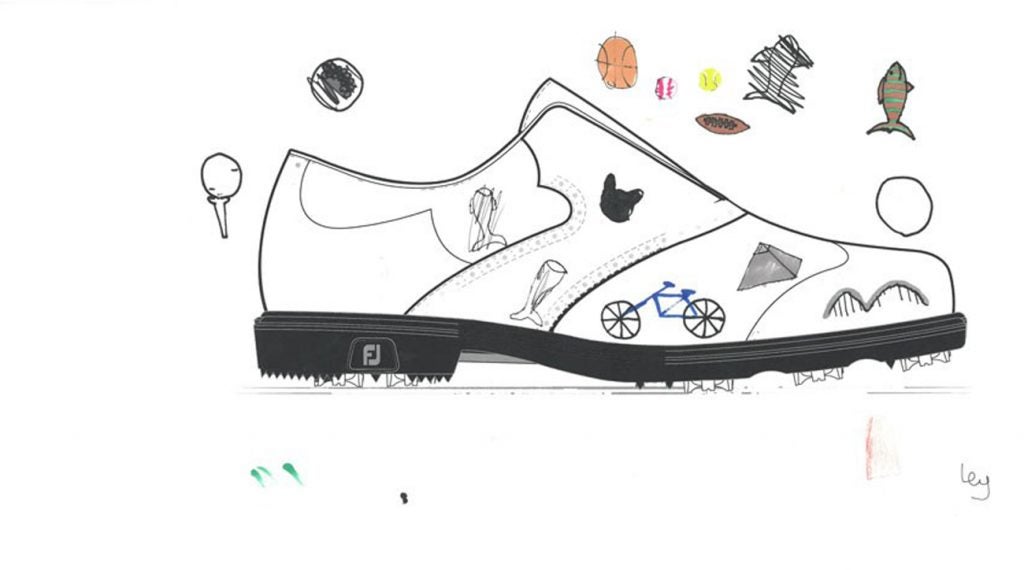 On Tuesday, Thomas received the pair of shoes from Jessop.

“I had seen a picture of them, but just, I mean the creativity that Bailey had was tremendous, and also how good of an artist he is,” Thomas said. “I don’t think I could draw that, anything close to as good as that. And he did the box, he did the sole, or the insole. It all was tremendous.” 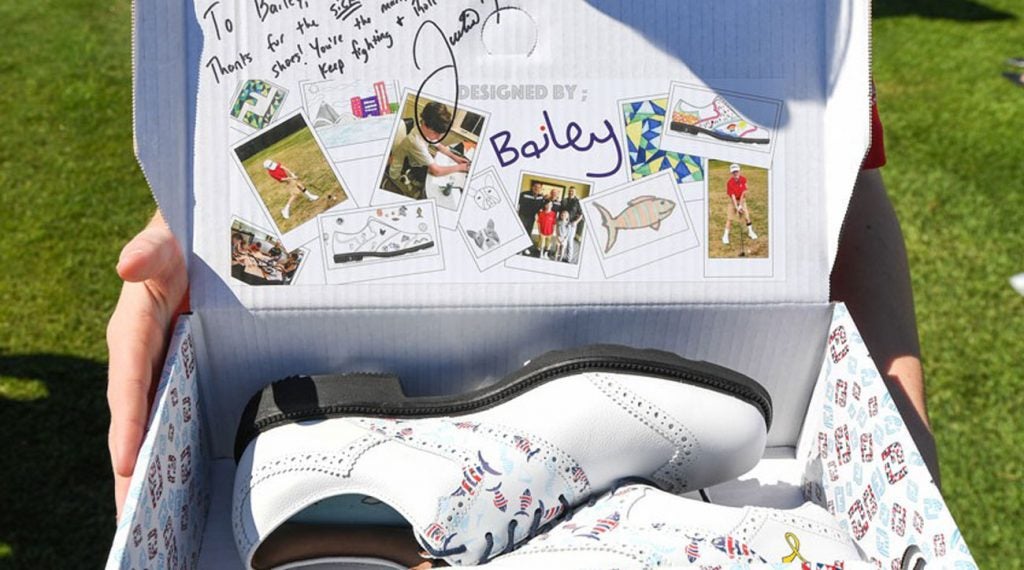 Courtesy of the PGA Tour

Jessop has now taken up golf as a way to stay involved in sports and get exercise. He nows plays or hits balls about three times a week, and he recently added a hybrid to his collection of clubs. Golf has served as a sort of therapy for Jessop away from his cancer treatment, but he’s extremely proud of how his designed shoes came out.

“It was cool to see the shoes,” Bailey said. “I think they turned out really good.”