Here’s an inside look at the Augusta National media center 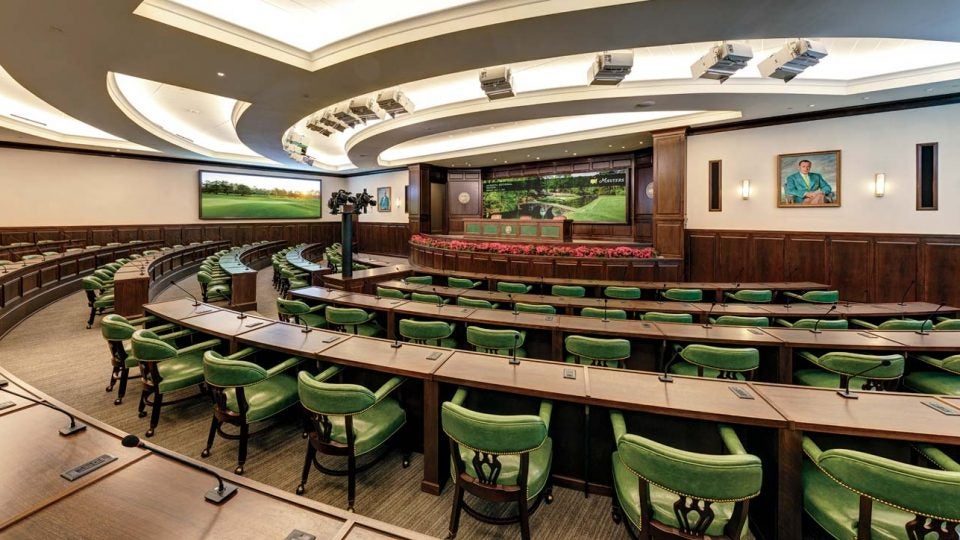 The interview room is on the first floor and is so locked down that cellphones are forbidden.
Miller Brown/Augusta National

Augusta National has long pampered the press. Founders Bobby Jones and Clifford Roberts believed it was good for business. The club once installed viewing platforms on the course to give journalists sight lines above the swells of patrons. Those perches are gone but other perks remain for the fourth estate: freedom to roam the clubhouse (crab cakes and peach cobbler on the veranda, anyone?); a chance, for a lucky few, to play the course on the Monday after the Masters; and, since 2017, what has to be the most opulent and teched-out media center in sports. The place was built in the same time it takes most people to remodel their basement—a mere 10 months—but in classic ANGC fashion you’d never know it.

Where to begin? With the Gone With the Wind–style staircase that greets reporters as they enter the main atrium? With the leather chairs, brass nameplates and sliding-door lockers at every workstation, each of which looks out through panoramic windows onto the gleaming practice facility? With the mountain of data available at every reporter’s personal touchscreen, including clips of every shot hit by every player in every round? In the interview room, which resembles a state-of-the-art college lecture hall, where a device at each reporter’s seat scans their credentials so the green-jacketed moderator may summon them by name? Hungry? The full-service eatery has everything short of a Michelin star: prime rib and fried chicken, creamed spinach and buttery grits—and, yes, pimento cheese sandwiches. Don’t ask for a bill, and don’t dare tip your server. This one’s on ANGC.

Everything is in this press playland. Well, not quite everything. As deadlines loom, reporters will be reminded that whatever the club provides, columns still don’t write themselves. 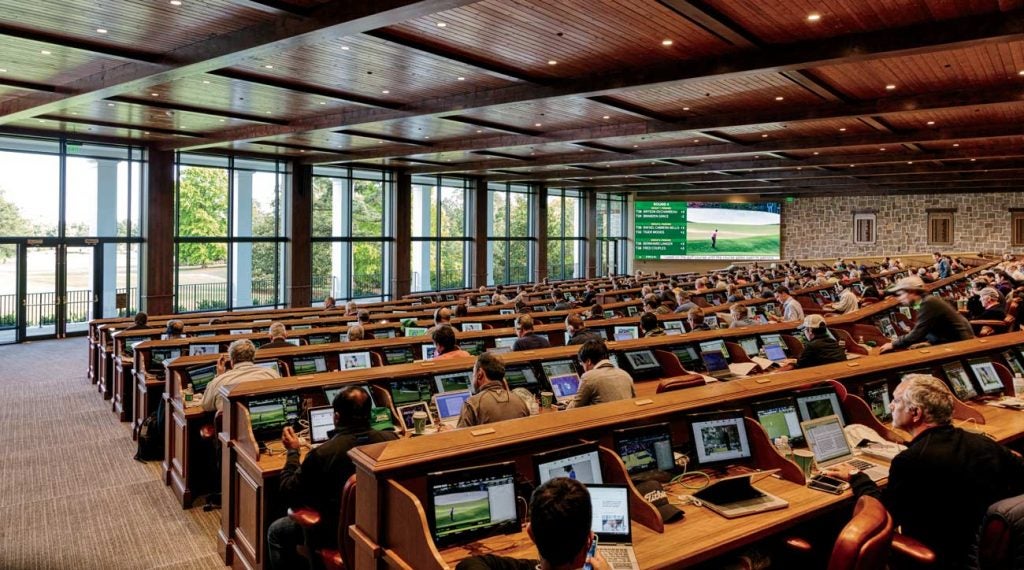 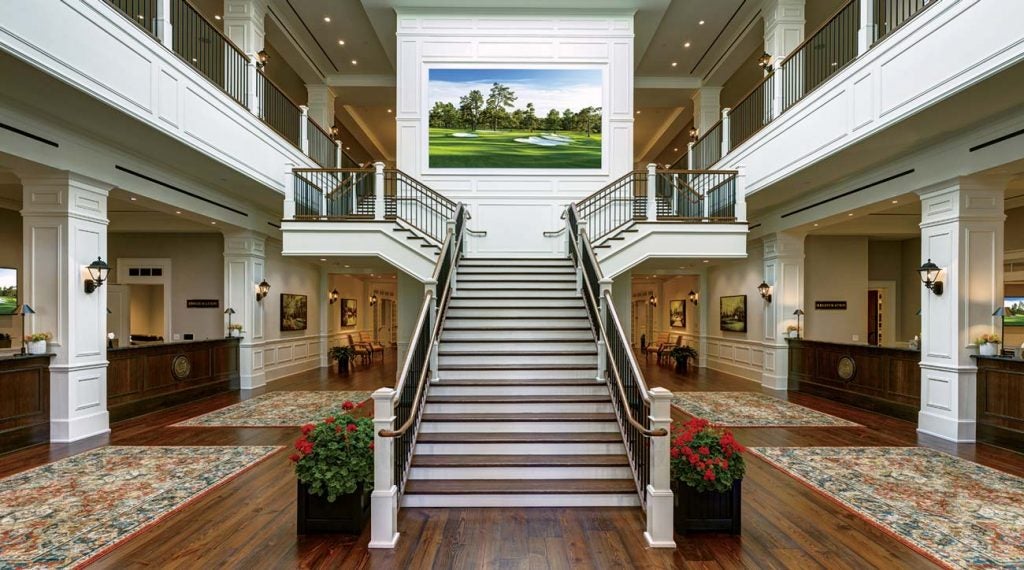 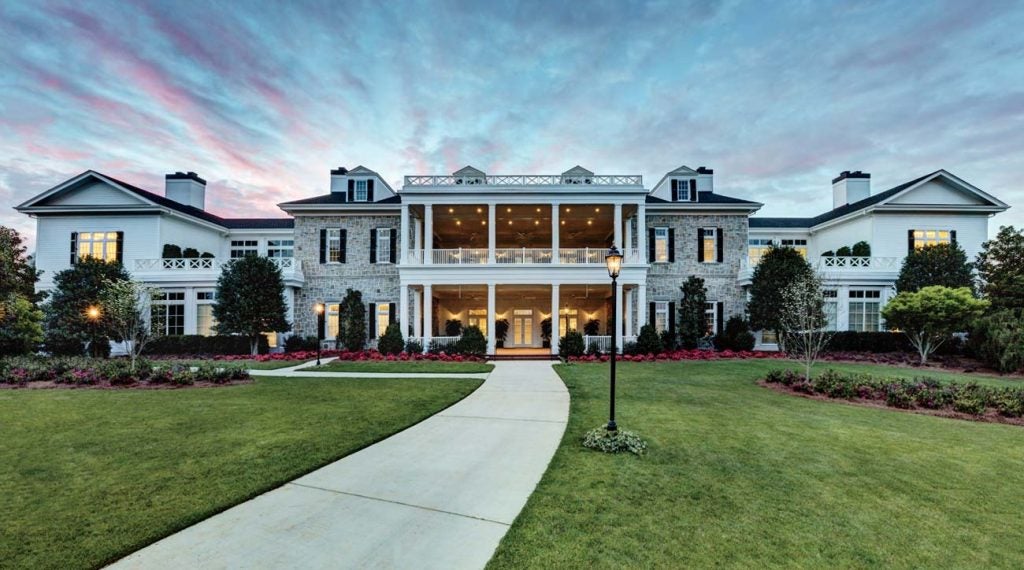 Most PGA Tour media centers are set up in temporary tents. This place is not a tent — nor temporary.
Miller Brown/Augusta National 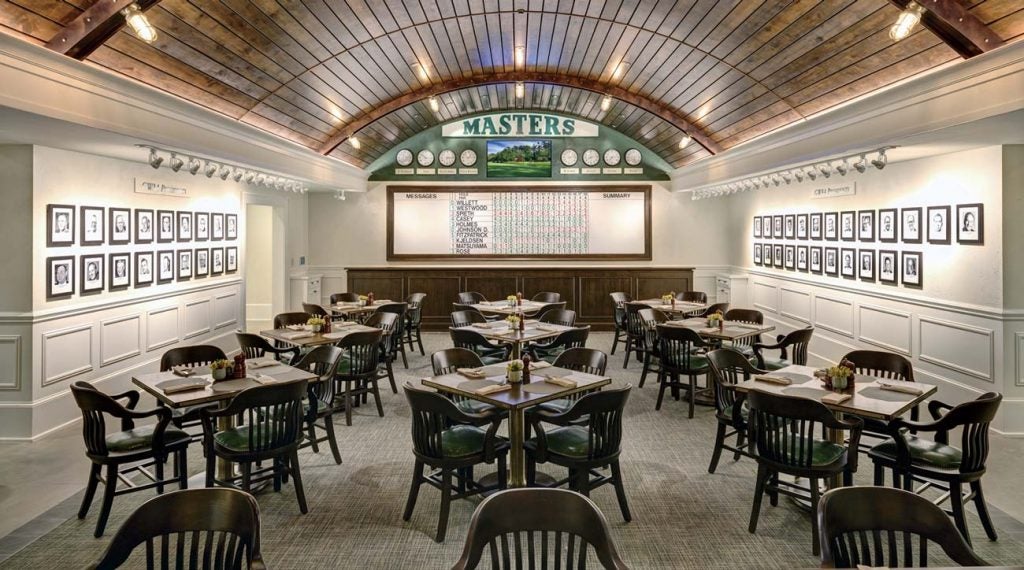 The ritzy media dining room is where reporters start their day — and where omelets are made to order.
Miller Brown/Augusta National