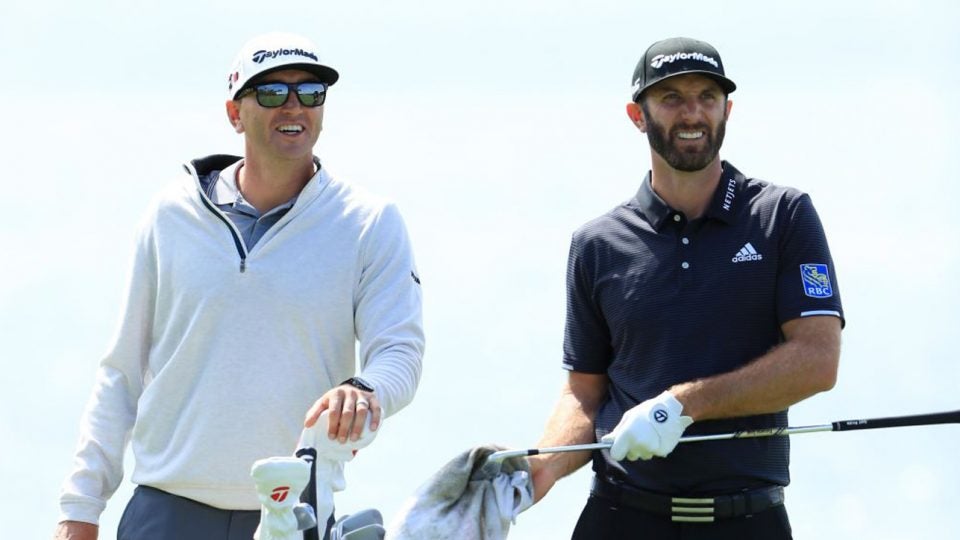 Dustin Johnson and his brother/caddie Austin might be allergic to stairs.
Getty Images

Some things just don’t mix well together. Oil and water. Toothpaste and orange juice. The Johnsons and stairs.

A couple of years after Dustin Johnson suffered a back injury after slipping and falling down a flight of stairs in his Masters rental house, his younger brother and caddie, Austin Johnson, stumbled on a staircase in their rental house in Ponte Vedra Beach on Sunday night, breaking a bone in his left hand.

Though his arm is in a cast and his shoulder in a sling, Austin is still expected to caddie for his brother at the Valspar Championship this week. The 20-time PGA Tour winner was able to make light of the situation and his brother’s shared connection of succumbing to a staircase.

“He had a bit of a run-in with a pair of stairs, kind of like I did,” Johnson said on Wednesday. “Those stairs, man, they’ll get you.

“He was carrying the stuff in the house after TPC on Sunday night and slipped going up the stairs.”

DJ is coming off a T-5 finish at TPC Sawgrass.

Johnson, who last won on Tour in February at the WGC-Mexico Championship, is the favorite to come out victorious this week at the Valspar on the Copperhead Course at Innisbrook Resort & Golf Club in Palm Harbor, Fla.