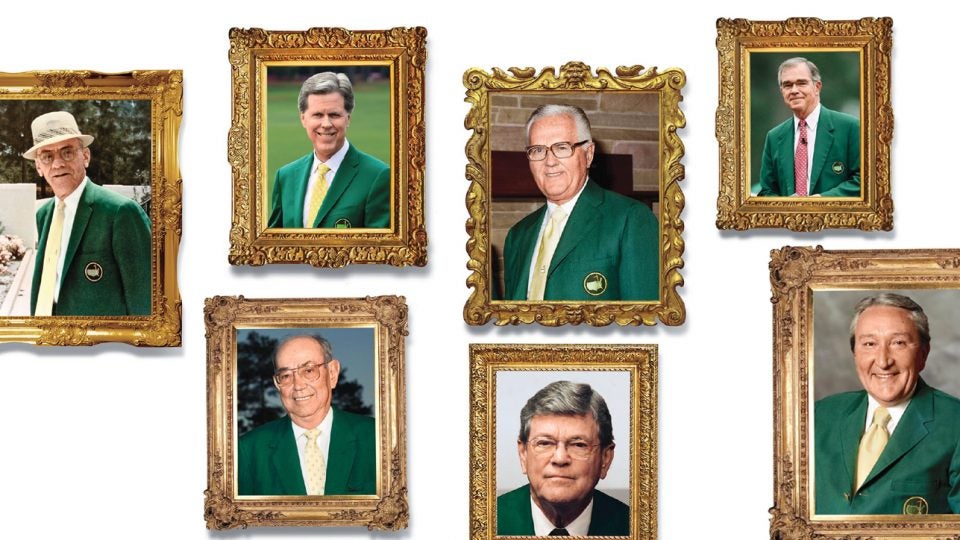 Raymond Floyd has known all seven Augusta National chairmen. Not many can say that. When Floyd won the Masters in 1976, Cliff Roberts, the club’s first chairman, still held the reins. Fred Ridley, the current chairman, was in the field that year, as the U.S. Amateur champion. The next year, Roberts was found dead by Eisenhower Pond, on the club’s Par-3 course.

Roberts built and loved that Par-3 course. Floyd loves it, too. “We used to go straight from 18 to the Par-3 course to settle our bets,” Floyd said the other day, glee in his voice. Roberts and friends got a kick out of a standing wager among Floyd and friends. Each man would put $10 in a pot. Hit all nine greens, take the pot. “Nobody ever did it,” Floyd said. “Somebody would hit eight greens, but one ball would roll two inches off a green.”

Nothing defines Floyd’s professional life more than his Masters win, and at the pumping heart of his Augusta experience is his relationships with the various chairmen. “Arnold introduced me to Cliff,” Floyd said. That was in 1965, in a practice round, coming off the 10th tee. “He was in Bobby Jones’s cart, with the three wheels.” It’s funny, the things you remember. “Roberts was a pussycat,” Floyd said. Maybe you’ve heard otherwise. “He sat with Maria at my winner’s dinner and absolutely charmed her.” Maria Floyd, Raymond’s late wife.

We were sitting in Floyd’s office, in his house in South Florida, at Old Palm Golf Club. (Floyd designed the course.) There was a LeRoy Neiman painting — Raymundo, in action — on a nearby wall. Floyd is 77, with a big boat and a lady friend. He looks like a movie star and he moves easily in the fine-Corinthian-leather crowd. There are a dozen or so Augusta members who got their green club coats because Floyd introduced the right man the right way to the right chairman. There’s no membership committee at Augusta.

Autocratic leadership is a threat to any democratic institution, but it works well at Augusta National. As Floyd knows the story, Hord Hardin’s 11-year run as chairman ended when Jack Stephens came into Hardin’s office and relieved him of his duties. A bloodless coup. Hardin’s legacy (per Floyd) is that he worked obsessively on the tournament at the expense of the club. As Joe Torre was a players’ manager, Jack Stephens was a members’ chairman.

“I once said to Jack, ‘You’ve got everything here but a practice bunker,’” Floyd said. “Jack said, ‘Go ahead and build one.’” In the life and times of Raymond Floyd, that practice bunker is meaningful.

The chairman of Augusta National is automatically one of the most powerful people in golf. But as the history books show, power can change a man. Floyd knew Billy Payne long before he became the club’s chairman in 2006. He liked him. Floyd played with Payne, gave him a driver, and was impressed by Payne’s grit and drive and stamina. But then, as chairman, Payne turned his desk chair into a throne, and some members, former winners and employees found themselves walking on eggshells. The annual Champions Dinner became an exercise in good posture.

A Masters played in 2020 will be Fred Ridley’s third as chairman. Of the seven chairmen, he’s the golfiest. His golf game, along with other traits, got him to where he is in his life. The Champions Dinner is about the players again, Floyd said: their wins, their course suggestions, their stories. In 1976, in the first round, Ridley, in blue flared pants, played with Big Jack. Ridley would be the last person to tell you about that. At last year’s dinner, Ben Crenshaw told about trying to shake Nicklaus’ hand upon meeting him in a second-floor loo at Merion in 1971. Everybody laughed: Floyd, Tiger, Crenshaw, Nicklaus, Fred Couples, Fred Ridley. On a nearby wall was a portrait of Roberts, painted by Eisenhower. If life were a movie (and isn’t it?) you’d have Floyd sneak a peek at that painting and Roberts’s dour expression would morph into a Cheshire smile.