Why Augusta National just spent $3.4 million to buy a Wendy’s 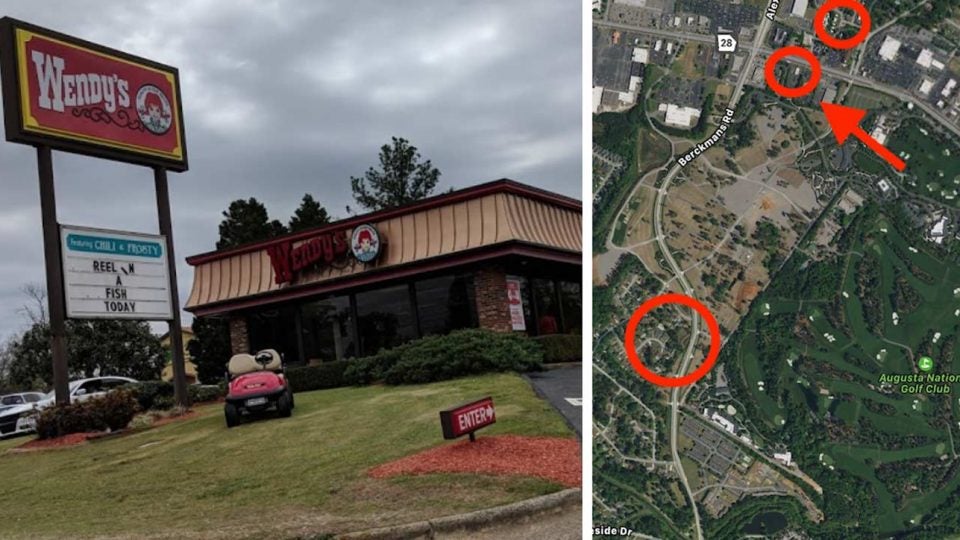 Augusta National has purchased several new properties, including (from top to bottom) a vacant lot, a Wendy's and several houses.
The Augusta Chronicle/Google Maps

If it feels like you keep stumbling on new stories about Augusta National Golf Club buying up local properties, well, you probably have. There was a church. Some homes. A Stein Mart. Part of the adjacent golf course. A strip mall that included a Publix and a Hooters. And now? A Wendy’s — for $3.4 million.

During these buy-ups, the world’s most famous golf course isn’t exactly Value Menu shopping. In its latest spree, the Augusta Chronicle reported that in addition to the fast-food restaurant, Augusta National purchased six residences and a vacant lot, each for between $300,000 and $400,000 — an amount three to six times their assessed value.

As one prominent realtor told the Wall St. Journal last year, “They’ve made quite a few homeowners millionaires.”

The latest buys continue the club’s pattern of purchasing to the north and west of the property and adds to a sum of more than $200 million spent acquiring land the last 20 years. The Wendy’s abuts a field (former neighborhood, then bought by ANGC) off Berckmans Road that’s used by the club for tournament week parking.

This doesn’t mean an immediate cease-fire on Jr. Bacon Cheeseburgers. The local franchise operator told the Chronicle that nothing would change with the day-to-day operation of the restaurant until the lease ends at an undisclosed future date. The Chronicle does an effective job here of rounding up further details on who’s behind the buying/selling of those local residences.

But why overspend on a Wendy’s? Presumably for the same reason Augusta has been spending and spending: to increase its sphere of control around the Masters.

As it is, tournament patrons can park for free in an annexed field adjacent the course and take a short walk to the gates. But the mystique of Augusta National has always contrasted with the small-city strip mall vibe (supermarkets, fast food restaurants, pharmacies, bars, etc.) of the neighborhood it occupies. Those have long been famous sights and sounds outside the gates — John Daly hawking merchandise in the Hooters parking lot, for example — but each purchase gives the club additional control over a tournament-goer’s complete experience.

“By the turn of the century, entire neighborhoods had grown in around the once-secluded club. Residents charged Masters patrons to park on their lawns and rented out their homes as corporate hospitality hubs. On their walk to the course, visitors passed ticket scalpers and street vendors selling cigars and cheap sunglasses. The carnival atmosphere was in stark contrast to the genteel and hyper-controlled environment inside the club’s gates.” (You can read that complete article here.)

Augusta National does not comment on purchases (or much of anything, really) as a matter of policy. They’ve saved themselves a lot of time that way.

But with Wendy’s now under the umbrella, it’s time to watch out, Olive Garden — and maybe Walgreens, too. Those are the lone remaining businesses that exist on Washington Road between nearby Berckman’s Road and the main gate.