3 things to know about Albany, the home of the Hero World Challenge 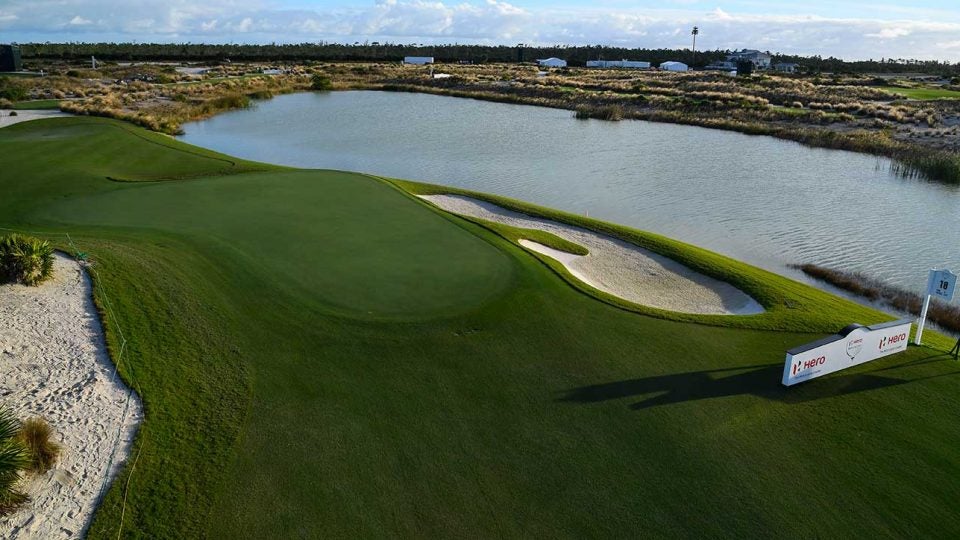 Albany Golf Club is a course that is held in high regard by both Tiger Woods and Ernie Els.
Getty Images

The PGA Tour makes its way to the Bahamas this week for the Hero World Challenge, which will feature some of the best golfers in the world. The invite-only event includes four of the top five players in the world and 16 of the top 23. The field also represents six different countries.

The tournament will be played at Albany for the fourth straight year after 15 years of being held on the U.S. mainland. Here are three things that you need to know about Albany ahead of the Hero.

1. The course was designed by Ernie Els: The Big Easy and his design group are the brains behind this 18-hole championship course in the Bahamas. The course, which totals 7,400 yards, combines links and desert features with dunes and water meant to both serve as scenic and challenging. The club also features a 400-yard driving range, plenty of chipping and putting greens and a swing-performance center. For younger golfers, there is an academy to take part in private lessons and clinics.

2. The origin of the name Albany: The course, which opened in December 2010, was developed by businessman Joe Lewis. But the course earned its name from a fixture on the Bahamian coast. Albany is the name of an iconic pink beachfront Bahamian manor house. In fact, the pick manor house is credited as the home of the villain in the James Bond film “Casino Royale” from 2006.

3. Both Ernie and Tiger call Albany home: If you go to Albany to play a round of golf, you might get lucky and see both Tiger and Ernie out on the course. Both have homes in Albany and can be frequently seen playing golf in the Bahamas. Both were initial investors into the course’s development and have done their own to help promote the course. While Els helped design it, Woods has played host to the Hero World Challenge for the last four years in Albany.