Tour Confidential: Will Tiger Woods progress or regress in 2020? 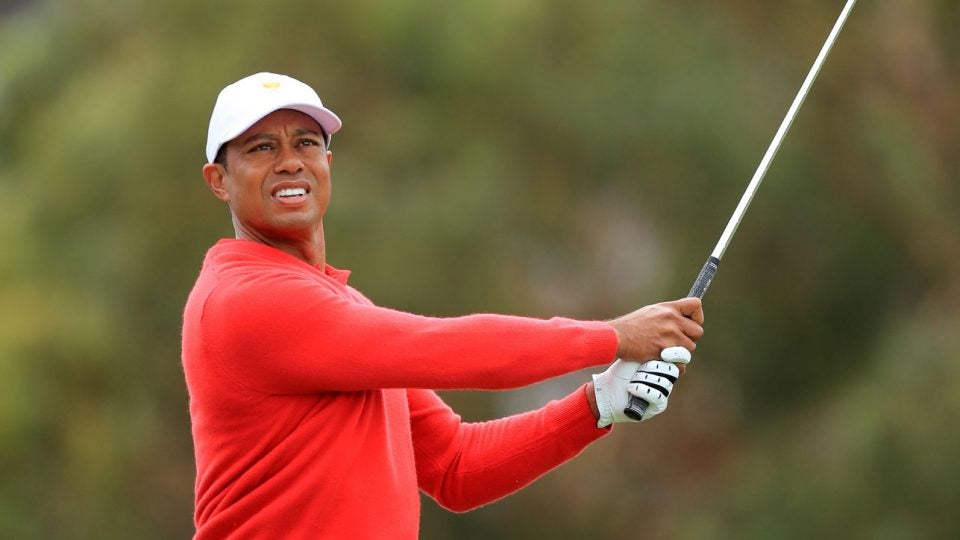 Check in every week for the unfiltered opinions of our writers and editors as they break down the hottest topics in the sport, and join the conversation by tweeting us @golf_com. This week we discuss Tiger Woods’ 2020 debut, Brooks Koepka vs. Bryson DeChambeau, and the Tour’s new pace of play policy…

Tiger Woods will make his 2020 PGA Tour debut this week at the Farmers Insurance Open, at Torrey Pines. Woods had an up-and-down-and-up 2019, winning the Masters, then cooling off for much of the season, before a fall surge saw him win the Zozo Championship in Japan and put on a ball-striking clinic during a 3-0 run at the Presidents Cup. Woods is now ranked 7th in the world. Will he finish the 2020 Tour season higher or lower in the world ranking? And why?

Sean Zak, senior editor (@sean_zak): I think Tiger progresses in 2020. The more we learn about 2019, the more it seems like his body wasn’t totally right during the summer. If he’s all there, it’s fair to expect more consistent play all year. No post-Masters lull; actual contention at another major. Kinda like 2018, but with another win.

Josh Sens, senior writer (@JoshSens): If he stays healthy, plays all the majors and cherry picks his traditional favorites, I think we’ll see him creep another spot or two higher. None of which will really matter in our Tiger-watch. We’re watching for the majors, and I believe he’ll get another of those.

Michael Bamberger, senior writer: I don’t think Tiger had an up-and-down year. I think that’s what his golf is going to be like now. He’ll contend far less often, and he’ll win far less often, but he has shown he can still win when the moon and stars align. Point being, there’s not much upside, but if he can stay in the top 20, that’s a great accomplishment and that could include a win.

Dylan Dethier, senior writer (@dylan_dethier): What Tiger has working against him is a limited schedule — he may play just a dozen times — but what he has going for him is that he remains among the most consistent performers in the world. I’d say he ends the year as World No. 5.

This time last year most of you esteemed pundits were saying that Woods would likely have a nice week at Torrey, but none of you picked him to win. Said Dethier of Woods’ odds, “I think Tiger belongs somewhere behind Justin Rose, Jon Rahm, Xander Schauffele, Rickie Fowler, Jason Day and Rory McIlroy, but not like — way behind.” How about this year? Given his hot play at the end of 2019, should Tiger be the favorite to win at Torrey?

Sens: Given Tiger’s recent form, and his history at Torrey, I’d tweak Dethier’s prediction from last year and say he belongs right about in the same odds as any of those guys.

Zak: Rory McIlroy is the favorite to win any event he plays, and rightfully so. When he’s playing (like this week), Justin Thomas is next. I’ll put Tiger right behind both of them, so he’s among the favorites, but not THE favorite.

Dethier: Solid analysis, Dethier! I think that was true at the time but he’s crept up a bit. Zak’s right.

Bamberger: If the rough is anything like it was last year, I’d put his chances to win at close to zero. If he plays through a cold fog, lower yet.

Irons
What is it like designing clubs for Tiger Woods? Don’t you dare cut corners

The PGA Tour spilled details last week on its newly revamped pace of play policy, which will take effect at the RBC Heritage, the week after the Masters. The new system is designed to identify individual slow players (instead of slow groups), with penalty strokes a theoretical threat for slow pokes whose regrettable pace has landed them on an “Observation List.” This is the ninth set of changes to the policy since it was instituted in 1994. Are these latest tweaks likely to have much impact?

Sens: I’m not expecting penalty strokes to come raining down, but I think the increased attention will bring about (some) more self-policing. That and the Twitter-shaming. Bryson will certainly be playing a little faster because of that.

Zak: Much impact? No. Some impact, yes. I think constantly reminding the slowest players that they are more likely to get fined and — in theory, at least — get a one-shot penalty will force them to address bad habits. Do I think we see any shot penalties? No. There is too much subjectivity allowed in making a ruling, and rules officials, last I checked, are human. They’ll err in the non-penalty direction every time.

Bamberger: No, because there’s a long history of any effort to speed up play at having no impact. But good effort!

Dethier: I still don’t really know exactly what the problem is they’re solving, but the slow tournaments will still be basically the same thing. If the goal is eliminating the kind of bad-look multi-minute putts that go viral, this might help. But 156 players pros onto a difficult golf course is just going to take long, period, without radical change.

The Brooks Koepka-Bryson DeChambeau feud that seemingly started after last year’s Northern Trust with Koepka remarking on DeChambeau’s “embarrassing” pace of play escalated last week with some mud-slinging between the two on social media and DeChambeau’s Fortnite stream. (Yes, the digital age has changed how players smack-talk, too.) What’s going on here? Legit beef, or light-hearted jousting?

Sens: Probably a little bit of both, and Brooks has been getting the better of it. For all the falsehoods on social media, I like Twitter as a kind of truth serum for Tour pros. The tone of their e-exchanges has been playful, but it’s not hard to pick up on some genuine dislike.

Zak: I think it’s legit beef. It sounds like they truly don’t see eye-to-eye on Bryson’s pace, and Brooks seems rather unforgiving on that topic. I didn’t consider this an issue until our colleague Luke Kerr-Dineen cited it as a potential future locker room issue during the 2020 Ryder Cup. It’s exactly the kinda thing that could make the American team chaotic again.

Bamberger: The beautiful and revealing thing is DeChambeau cares and Koepka does not. Koepka is toying with a puppy who cannot scratch him.

Dethier: I had the pleasure (?) of watching Bryson’s Twitch stream as this was going down; it was interesting how open he was and honest about not seeing eye-to-eye with Koepka. It’s nice to have two distinctly different personalities as prominent figures on Tour, and these two are certainly that. Koepka’s disdain and dismissiveness seems very real.

The stand-up putter works for #DiamondLPGA Defending Celebrity Champ John Smoltz ? Would you give this unique putter a try? ?

Pitching great John Smoltz turned heads in the celebrity event at the LPGA’s Diamond Resort Tournament of Champions with a self-standing putter that helps him ensure his putter face is lined up at address. The putter is legal. Should it be?

Zak: I think it’s obviously being used as an alignment device, which is banned in every other scenario, so while I think the putter should be legal, it should be illegal to use it that way.

Bamberger: The only bigger golf nerd than John Smoltz is Charles Howell III or Tiger Woods. I love that the Hall of Fame pitcher-turned-broadcaster cares so much. It’s a brilliant idea and I wish I had thought of it. But it should be illegal.

Sens: It should definitely be illegal for John Smoltz. Where’s the pride? I have a hard time getting too worked up about this one. Players hold the putter down all the time and pivot around it to check their alignment. You could argue that that’s using the putter as an alignment device as well. Just musing aloud here, but maybe this is another argument for bifurcation. Let the average Jane or Joe do it but keep it out of formal competitions.

Dethier: You guys nailed it. Since we’ve determined that golfers lining themselves up is a skill, this shouldn’t be allowed. If caddies can’t line up players from behind, players shouldn’t be able to, either.

Jack Nicklaus turns 80 on Tuesday. We know all about his 18 major wins, 19 runner-up finishes in the majors and 73 PGA Tour wins. What’s a less-heralded-but-still-remarkable Jack accomplishment worth calling out on the occasion of his big day?

Sens: Jack would probably say being married for 60 years.

Bamberger: Yep, plus the kids and all those grandchildren. As for what Jack wouldn’t say I’d offer this: he maintained the standards of grace in victory and defeat that his father got from Bob Jones himself and instilled in Jack.

Zak: His amateur accomplishments are pretty incredible, starting with winning the Ohio State Open at 16 years old. Two U.S. Am championships sandwiching a near-win as an am in the ‘60 U.S. Open. We would be freaking out about his potential if he did that in 2017. Just worth remembering Jack was a phenom from the start. He just wasn’t making appearances on talk shows as a toddler.