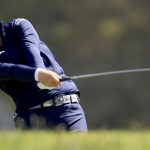 Yuka Saso hits her drive on Sunday on the 4th hole at Olympic Club.

Check in every week for the unfiltered opinions of our writers and editors as they break down the hottest topics in the sport, and join the conversation by tweeting us @golf_com. This week, we discuss Yuka Saso’s breakthrough victory at the U.S. Women’s Open, Lexi Thompson, Jon Rahm, Brooks and Bryson, and more.

1. Nineteen-year-old Yuka Saso of the Philippines defeated Japan’s Nasa Hataoka in a playoff to win the U.S. Women’s Open at the Olympic Club. Saso became not only the youngest Women’s Open winner (joining Inbee Park, who was the same age to the day when she won the U.S. Open in 2008) but also the first Filipino major winner. What most stood out to you about Saso’s performance?

Michael Bamberger, senior writer: She held up to the moment. Yes, Lexi had a collapse for the ages, but Saso had to be there to take advantage of it. Usually, you lose before you win. She didn’t.

Sean Zak, senior editor (@sean_zak): An opening was created for her, and she pounced. Seems emblematic of her game — that she can pounce. She made consecutive doubles to play her way out of it, but she didn’t collapse. She battled back for a hard-fought 73, which she probably would have signed up for at the beginning of the day, too. It’s not about how, it’s about how many.

Alan Bastable, executive editor (@alan_bastable): I was touched by Saso’s post-round interview, when she tearfully thanked her team of supporters and said that she will strive to be better. Better?! She just won her sport’s biggest title — at 19! They’ll be dancing in the streets in Manila. Her humbleness was so charming.

Dylan Dethier, senior writer (@dylan_dethier): Her second putt on the second hole of the playoff, after she’d rammed the first one some 8-10 feet past the hole. I have never made one of those comebackers in my entire life, but she rammed it in the middle to extend the playoff in the biggest event in the game.

2. For much of the final round, it looked like Lexi Thompson’s day. Thompson had a four-stroke cushion with just eight holes to play, but she let her lead slip away, ultimately missing out on the playoff when she failed to get up and down from a greenside bunker on the 72nd hole. Simple/complex question: What happened?

Bamberger: The easy answer would be to say Olympic happened. And Olympic is funky. Hogan and Arnold and Payne Stewart will all tell you that. But Lexi’s game, as great as it is, is out of the smash-and-pitch game. That’s not Olympic. The course and the moment caught up to her, sad to say.

Zak: I think Bamberger is right, but there’s more. The course and moment did catch up to her, but in harsher terms, she got yippy. She got quick. She got caught thinking about the score for the first time Sunday. It all leads to Johnny Miller’s favorite word: nerves.

Bastable: Lexi said the wind got her, but the putter seemed like the biggest culprit. From the first green, Lexi’s stroke looked shaky — credit to Brandel Chamblee, who noted that Thompson’s first putt of the day was nowhere near the center of her putter face. The closer Lexi got to the hole, the more uncomfortable she looked over the ball. U.S. Open pressure is no joke, even if you’ve been there many times before.

Dethier: A little bit of everything. Drives increasingly found the rough. Approach shots started coming up short. Putts got wobbly. To close out that tournament, in front of that crowd, on that golf course, after a year without fans, was a really tough position. That’s what made it unfortunate to watch.

3. Where does Lexi’s Sunday rank on the major meltdown meter?

Bamberger: South of Greg Norman at the ’96 Masters by a length.

Zak: It’s definitely up there. It all happened on the back nine, and after a par on 10! The final eight holes. With a pair of par-5s in the final three holes. And the 18th that allowed her to play iron off the tee. One mistake begetting the next. It’s pretty high, even if that hurts.

Bastable: Thing is, similar to Norman’s collapse, there was no signature meltdown moment. Sure, there was the double at 11, but, mostly, it was a slow burn paired with some strong play (and surely Lexi heard the roars) from a couple of other players nipping at her heels. Most stunning moment had to be the putt at 18 — that’s an insanely fast putt, which I thought would help ensure that she’d get it the hole. Nope, not even close. Many props to Lexi for keeping her chin up (smiling, laughing even) through what had to be an excruciating couple of hours.

Dethier: I have no data to back this up, but it feels like we’re often accustomed to players with four- or five-shot leads bleeding a couple shots down the stretch, giving the illusion of a close tournament before they ultimately right the ship. Think Phil at the PGA. That’s what I was expecting midway through the back nine. But then the ship never righted. No. 17 was the most surprising — bogey on a birdie hole, especially for long-hitting Lexi. Anyway, I have no idea where it ranks historically. But I’m confident it’s the most painful blown lead I’ve seen since I took this job.

4. The Olympic Club, as it has in so many men’s Opens past, delivered in its debut as a Women’s Open site. How would you assess how the USGA set up the Lake Course for this championship, and are there any takeaways for future U.S. Women’s Opens?

Bamberger: U.S. Open courses, through the years, have been defined by their trees. The Lake Course has trees. Winner, winner, chicken dinner.

Zak: A tough event where the greens were firm, the rough was long and few scores under par? Sounds exactly like a typical U.S. Open. My real takeaway is major kudos to the USGA for hosting this event here. The first Women’s Open at Olympic. The first Women’s Open at Pebble will take place in two years. About damn time! Ask the best women in the world what they want, and a lot will tell you they want a piece of all the tracks that have hosted the best men in the world. GIVE. THEM. THAT.

Bastable: Zak nailed it, and I loved how juicy they kept the rough. When Lexi can advance a ball only 40 yards, you know that’s some gnarly spinach. Fairly certain I couldn’t hit the 18th fairway with a large bucket. Come to think of it, the 18th green, too. Fabulous USWO swan song for Mike Davis.

Dethier: They got creative with the yardages, varied the looks and kept the course tough but reasonable, which meant we saw birdies and doubles aplenty. It went swimmingly! If you’re into par, four under seems like a proper U.S. Open final score. And to Bamberger’s point, Olympic has zero penalty areas, which can make it tricky for viewers to distinguish between holes — but the setup and the broadcast kept it fresh. And the trees.

5. Meanwhile, in Ohio, Patrick Cantlay won the Memorial in a playoff over Collin Morikawa. But the story that dominated the weekend unfolded on Saturday when Jon Rahm was forced to withdraw from the tournament after 54 holes — with a six-stroke lead — after testing positive for Covid-19. Rahm was notified of the test result moments after he walked off the 18th green Saturday. “It’s kind of the worst situation for something like that to happen,” said Patrick Cantlay, Rahm’s playing partner. What did you take away from this surreal episode?

Bamberger: Reading the fine print, it would seem that Rahm did not get vaccinated, or was not fully vaccinated (two weeks past second shot, in most cases). Too bad for him. The Covid-19 vaccines are a miracle of modern science.

Zak: My takeaway — thanks to the mentions of a popular tweet — is that there is still a lot of people who don’t know what they don’t know about vaccines, about Covid-19, about the PGA Tour’s rules about vaccines and Covid-19. Perhaps that’s Twitter, but I think it speaks for a lot of non-Twitter users, too. Subscribe to a newspaper and read it.

James Colgan, assistant editor (@jamescolgan26): That we (and the PGA Tour, for that matter) aren’t out of the woods yet! And that’s OK. And also that the Tour’s protocols exist for a reason, and maybe they ought to look at extending them indefinitely for unvaccinated players rather than lapsing them at the end of June.

Bastable: That this happened more than a year since the PGA Tour restarted is yet one more grim reminder of how this virus turned the world on its head.

Dethier: There were no winners from this episode. The entire thing was just a huge bummer — for the tournament, for the fans, for the Tour, for Rahm, for our polarized online discourse. I cede the rest of my time to Senator Morikawa, out of California. Here’s what he said:

“People know the risks of not getting vaccinated versus vaccinated.”

“What I was seeing yesterday with how many people were judging Jon for doing this, doing that, like, it’s got to stop. Why are we judging people off that? Jon’s a great guy.”

6. Bryson vs. Brooks took another spicy turn last week. After DeChambeau was taunted by Memorial fans with cries of “Brooksy,” Koepka threw more gas on the fire by releasing a video in which he promised to send beer to any fans who had been ejected. When asked whether all the attention on Bryson and Brooks is good for golf, DeChambeau said, in part, “I’m happy that there’s more conversations about me because of the PIP fund” — aka the Tour’s Player Impact Program, which rewards players for generating engagement on social media. How much of the Bryson-Brooks rivalry do you suspect is being driven by the promise of a payday?

Bamberger: None of it. Because we’re the ones driving it, and we’re not getting paid. We’re paying, if anything. Who do you think ultimately banks that PIP fund, those endorsement deals and all the rest? Not Brooksy! Not Bri-Bri! We do.

Zak: I think Koepka seems to be acting differently since the PIP was made public … but we all forget that the PIP has been known to players for much longer. So why now? I think the answer is that he genuinely does not like Bryson, for reasons Bryson shouldn’t necessarily have to answer for. The way he discusses his shots, the way he discusses his game, the sound his cleats make on pavement. Is BDC the most likable dude on Tour? Nope. Is Brooks? Nope. I’m ready for them to put this to bed.

Colgan: This is a delightfully cynical question. I actually don’t think it’s being driven by a payday — at least not anymore. Bryson was clearly bothered by the taunting he received at Muirfield, and Brooks clearly loved it. Brooks genuinely didn’t love Bryson to begin with. Maybe he’s playing it up a bit for the PIP of it all, but I’m holding out hope my man Jim Herman is going to pull up the rear in those rankings, anyway.

Bastable: It all feels a bit silly and frivolous at this point. When you’re integrating sponsor activations into your smack-talk, it’s probably time to step back and cool the jets.

Dethier: Brooks is after something far more valuable than money: Clout. Clout has no true dollar value. Except when it does.